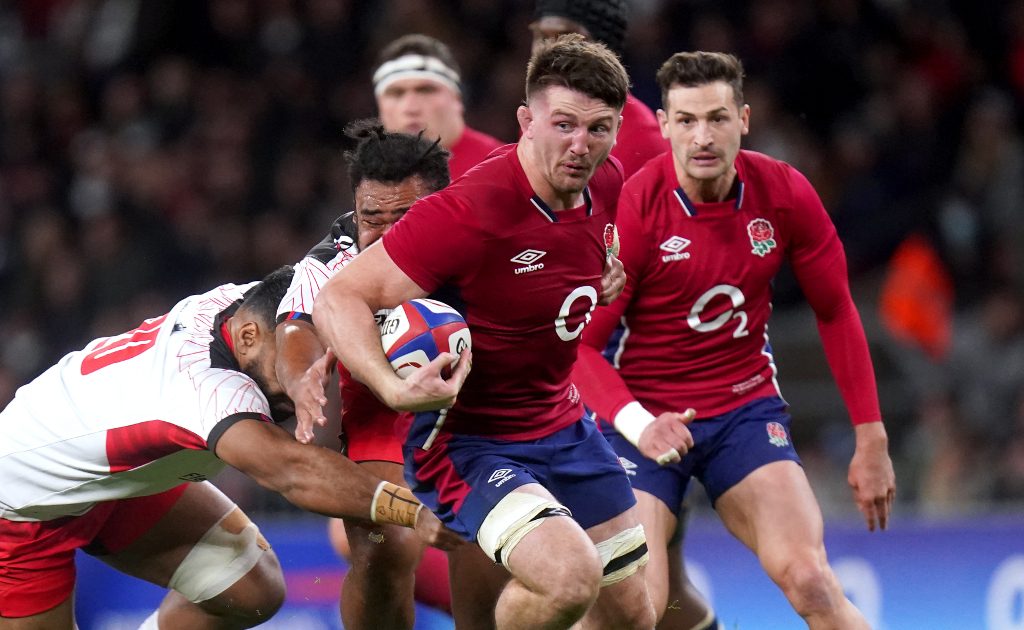 England back-row Tom Curry has urged his team to learn from the British and Irish Lions’ tactical error of fighting fire with fire when they welcome South Africa to Twickenham on Saturday.

After two wins against Wales and Scotland, the Springboks will be looking to complete a perfect tour against Eddie Jones’s side in what will be the first time the teams have met since the 2019 World Cup final that ended 32-12 in favour of the South Africans.

England know what to expect

It was the approach taken by Warren Gatland’s Lions during the summer, when the world champions clinched a 2-1 series victory.

Curry started all three Tests and understands the risks attached to trying to meet South Africa’s strengths of a formidable set-piece, suffocating defence and a pinpoint kicking game head on.

“The Lions tour taught that you don’t play them at their own game – which is a lot of kicks and slowing the game down,” Curry said.

“You probably shoot yourselves in the foot if you get in that cycle with them because that’s what they want. We have to make sure we are clear about what we want to do.

“It’s relatively clear having seen them recently how they want to play. We’ve just got to make sure we’re confident in how we’re going to go against that.

“South Africa pride themselves on physicality, but at the same time there’s not loads to hit when the ball is in the air.

“It’s about getting that balance right, making sure we’re clear on our gameplan and how we want to get it done.

“They wouldn’t be where they are if they weren’t good at what they do, but it’s going to be really exciting and we’re ready for the challenge.”

England failed to fire a shot in Yokohama two years ago as their glorious semi-final victory over New Zealand made way for a dismal no show against an inspired South Africa.

It stands as one of the low points in the nation’s rugby history, but Curry is not motivated by a desire for retribution.

“For us, in terms of ‘revenge’, we’ve got a new team, they have a new team. It’s not about avenging anything, it’s about winning,” the Sale forward said.

“I’ve not watched the final back and you don’t need to for emotions, either. This is one of the biggest games of the season. If that doesn’t get you up for it I don’t know what will.”

Jones on Thursday morning names his team for the climax to the autumn, with veteran flanker Courtney Lawes once again set to deputise as captain for Owen Farrell after the Saracens playmaker was ruled out by an ankle injury.

“I love Courtney. He’s got a lot of respect within the squad. Whatever he says carries a lot of weight,” Curry said.

“I’m excited the whole time, but Courtney brings that element of being calm, relaxed and the voice of reason. I love listening to him. He’s very reasoned. I think he’s brilliant.”