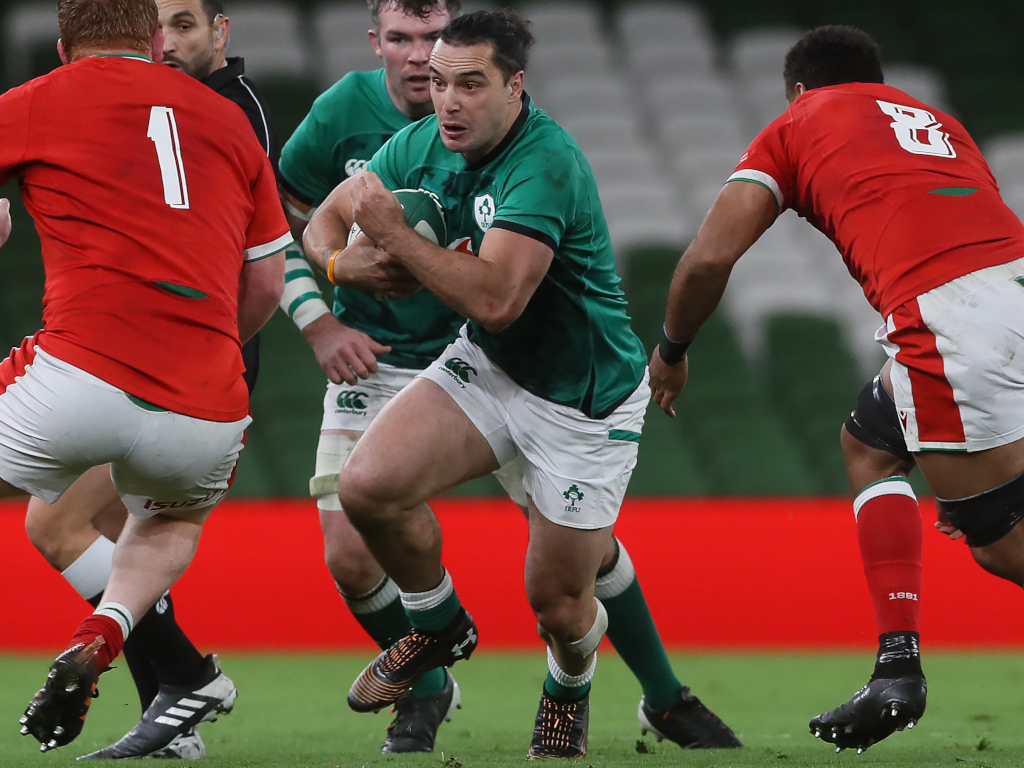 Ireland wing James Lowe says taking on England at Twickenham is a “completely different beast” to facing Wales but is confident his side have the ability to “knock them over”.

New Zealand-born Lowe capped a memorable Test debut for his adopted country with a late try in Friday’s thumping 32-9 success over Wales in the opening match of the Autumn Nations Cup.

The 28-year-old is gearing up for arguably Ireland’s toughest fixture of the tournament in London on Saturday afternoon.

While he is wary of the quality and experience at Eddie Jones’ disposal, he is relishing the challenge of facing last year’s World Cup finalists.

A lot of experience

“You’ve hit the nail on the head, this is going to be a completely different beast,” he replied when asked about the difficulty of the upcoming task.

“Don’t get me wrong, Wales are obviously a very, very strong international team – haven’t had the form of late – but when I look at that back three (of England), there’s a lot of international Test rugby between all three of them.

“Credit there (to Wales) but this is a whole new beast. To play England at Twickenham is huge.

“We’ll go in with a plan and emotionally, mentally, physically if we get all our ducks in a row, I don’t see why we can’t go over there and knock them over.”

The daunting task facing Andy Farrell’s men has been made more difficult by the enforced injury absences of captain Johnny Sexton and centre Robbie Henshaw.

Despite Sexton’s struggles with a hamstring problem, Lowe still expects his Leinster team-mate to have a major influence on pre-match preparations.

“He didn’t die, he’s still in the building. He’s still going to be barking at us all week as he always does,” said Lowe when asked if Ireland could cope without their skipper.

“He’s so emotional about this team. Every time he talks about Ireland or when he’s disappointed about himself, he gets so emotional but that’s because he cares so much.

“Trust me, he will be everywhere this week to make sure we all know our stuff. I will definitely be in his ear trying to get a few nuggets of gold.”

Head coach Farrell has a call to make on the captaincy.

Lowe admits to being “baffled” that 24-year-old Ryan has only recently passed his driving test given his team-mate’s maturity, influence and leadership.

“Last night when I was sitting in my bedroom having a cup of tea, he’s walking around, he’s knocking on people’s doors making sure that everything is sorted, everyone knew what they needed to do,” Lowe said of Ryan.

“Earlier on (in his career) he would lead by example but now he’s grown into himself, he’s some leader, he’s ridiculously mature.

“He’s such a calm head. The fact that he’s only just got his driver’s licence baffles me because he’s so mature on the rugby field.

“Don’t tell him this but he’s a pretty unique man.”