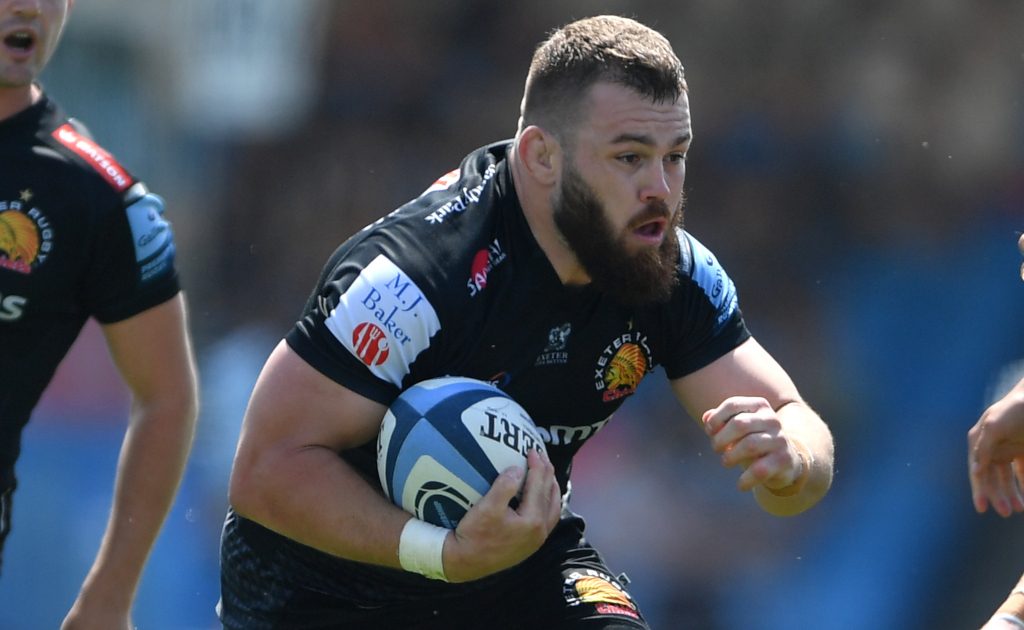 Cowan-Dickie suffered ankle ligament damage at Wasps in the Premiership last week which has ruled him out of England’s Autumn Nations Series games.

The British and Irish Lion is set to miss between six to eight weeks, but Baxter believes he could return for Exeter’s clash with Montpellier on December 11.

While the impact on Exeter is minimal as the 28-year-old would have been involved in the Tests against Tonga, Australia and South Africa next month, his club boss insists it is a blow to a player who has established himself as Eddie Jones’ first choice hooker.

“Luke has had his scan. The good news is that it doesn’t require an operation, but it’s a significant injury that will keep him out for at least the duration of the autumn internationals. Hopefully we’ll see him back pre-Europe,” Baxter said.

Cowan-Dickie ousted Jamie George during the Six Nations and went on to start two of the Lions’ Tests against South Africa before making a bench appearance in the series decider.

George has been drafted into Jones’ squad as his replacement but Baxter expects Cowan-Dickie to win back his place in England’s starting front-row in time for the Six Nations.

“Luke is genuinely disappointed. He’s worked exceptionally hard and has done a lot of good things, both physically and mentally, to get to where he was,” Baxter said.

“He’s broken through as England’s first choice – he went on a Lions tour – and was in the box seat to carry on with that and have leadership roles within the England set-up.

“It’s something he’s worked really hard to achieve and for it to be taken away almost as soon as he’s got there is tough.

“But at the same time it’s not a season-ending injury and isn’t one that will impact his career significantly if he looks after it well.

“Although he’ll miss out on this opportunity, he’ll certainly be fine for the Six Nations which will probably be the bigger thing for cementing his future in the England team.

“If he plays well through the Christmas period, which includes the big European games, then he’ll put himself in the driving seat to get back with England in the Six Nations.”

Another of Exeter’s forwards is hoping to add to the seven caps accumulated in 2017 and 2018 after being included in England’s squad for the autumn, ending his three years in international exile.

“If you look at the number of bigger significant impacts in a game, Sam is having more dominance,” Baxter said.

“At Wasps last weekend he got us over the gainline pretty much with every carry. The momentum shift he made when he got on to the ball was fantastic.

“Defensively he’s getting through an awful lot more work with more quality. You’re just seeing more of a very good player and that’s the key.”

Bath director of rugby Stuart Hooper insists England wing Anthony Watson will be “seen by the best” as he recovers from a serious knee injury.

Watson was immediately ruled out of England’s forthcoming Autumn Nations Series games, and potentially he could also miss this season’s Six Nations during what is likely to be a lengthy recovery process.