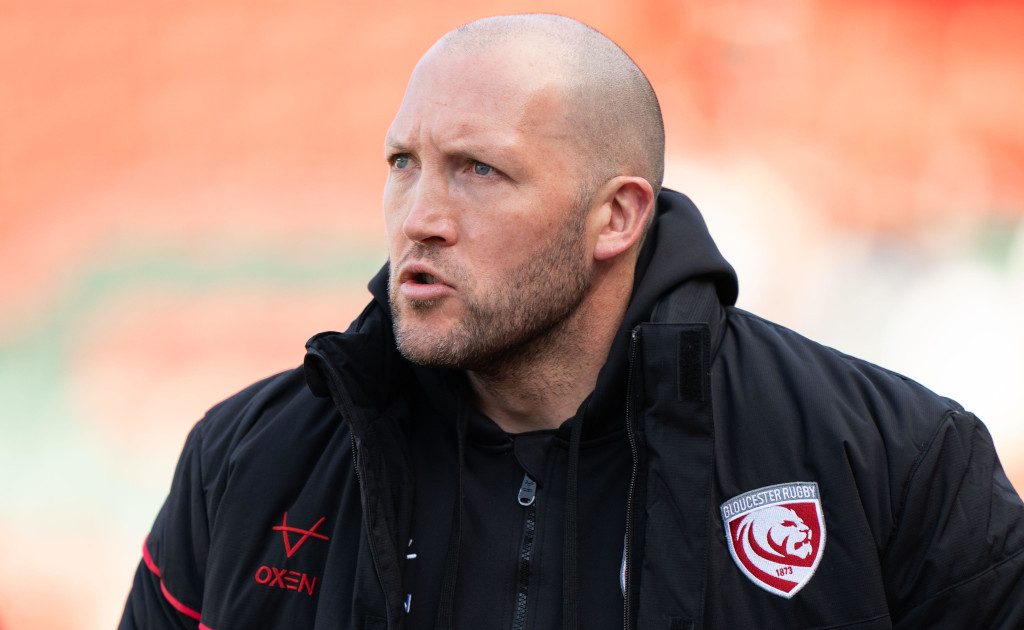 Gloucester head coach George Skivington has expressed his frustration after none of their players were named in the England training squad.

Eddie Jones selected a youthful group which included 10 uncapped individuals, but there was no place for any of the in-form Cherry and Whites players.

The West Country outfit have enjoyed a fine season and are in contention to qualify for the Premiership play-offs.

Gloucester reside in fifth position, one point behind Northampton Saints in fourth, and many expected them to have some sort of England representation.

Mark Atkinson has been involved over the past year, while Ollie Thorley, Jack Singleton and Lewis Ludlow have all received recognition from Jones.

South African-born Ruan Ackermann, who qualifies on residency, has arguably been the best back-row in the competition, but he has also been left out.

“Obviously, I am disappointed no one is in there and I am seeing Eddie later in the week,” Skivington said.

“I will find out who is near and who is not but there are a few young lads in the squad and Eddie will have his plan.

“What I will say is that things change quickly and quite a few lads are on the edge and there is time to still get on the plane. They won’t lose faith.”

Gloucester’s frustrations are not surprising, especially when strugglers Bath have six players among the 36-man group.

Named just two-and-a-half weeks after the Cherry and Whites thrashed their regional rivals 64-0, Skivington expected to see the form of his players rewarded.

“I presume Eddie goes around the clubs every few months and will fill us in on where everyone stands and who he is looking at. I think the guys on the periphery get a call from him like Lewis to say what is what,” he added.

“If there is any issue or some feedback they will always come to me. Eddie knows the people he wants in the camp and I won’t lie, I thought we would have a couple in.

“Perception can play against you as a player and as a team and we have seen a few bits about that as we have gone through this journey and all we can do is roll our sleeves up and change perceptions.

“Jonny May is back in training. He has done two sessions, is fully fit and you could see him back before the end of the season.

“He has worked very hard and I have never seen anyone attack rehab like him and if England do decide to use him it is all positive.

“In theory, he is available for selection but it is early doors. Ruan Ackermann is fit and has been phenomenal for us and he could be number eight for England.”