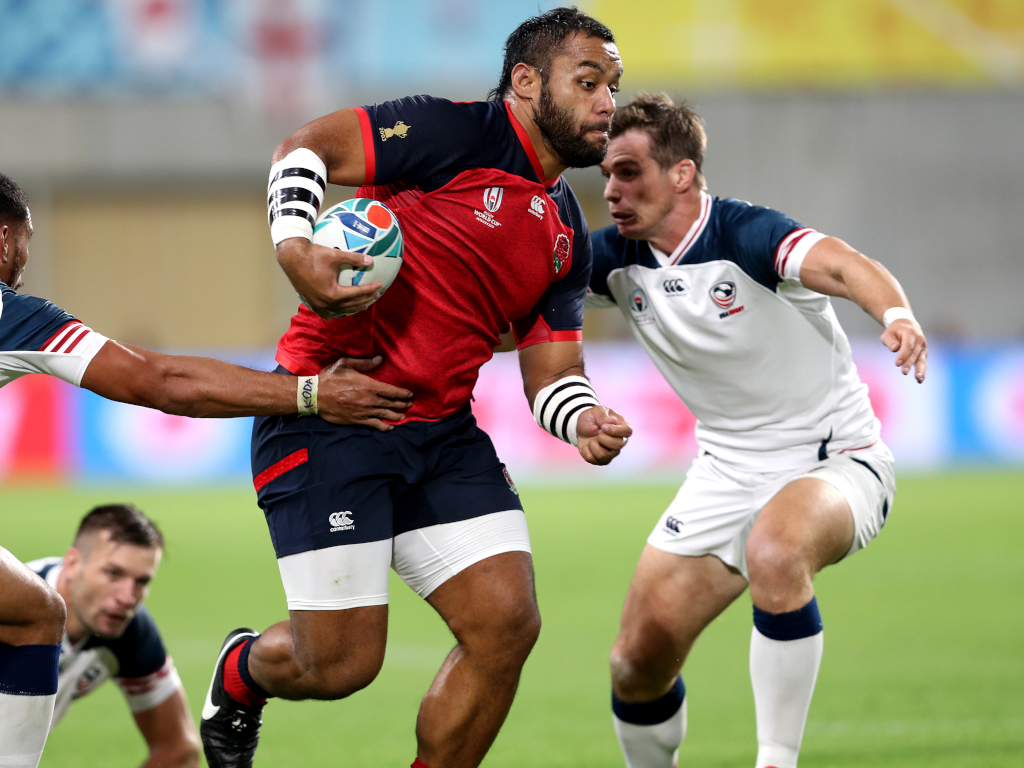 England number eight Billy Vunipola looks set to miss his side’s final pool game against France as he recovers from an injury to his ankle.

Vunipola suffered the injury in Saturday’s bonus-point victory over Argentina and, after repeatedly receiving treatment on the pitch, was withdrawn at half-time and has undergone a scan.

While refusing to rule him out of the climax to Pool C against France, attack coach Scott Wisemantel revealed that the Saracens number eight has been doing recovery and rehabilitation work instead of training with the rest of Eddie Jones’ squad.

Having already qualified for the Rugby World Cup quarter-finals, England are able to make a number of changes knowing Saturday’s clash at International Stadium Yokohama decides only who finishes top of Pool C.

Vunipola, the team’s most potent forward ball-carrier, is the only player to have started all 12 of this year’s Tests and his value to Jones means his fitness will not be gambled on.

Tom Curry slotted in at number eight when Vunipola limped off against Argentina, but Mark Wilson is favourite to fill the void before the knockout phase begins against Wales or Australia.

“We still have a luxury of carriers. Billy has been terrific for us, but he missed the autumn recently and Mark Wilson was the player of that series,” scrum-half Ben Youngs said.

“Billy does suck in lots of defenders and he’s a great carrier for us, but those other guys carry the ball differently because of the lines they pick. They are a bit more subtle about where they pop up.

“We’re blessed with some of the back rows that we have got, but we’re very confident they’ll carry us on to the front foot.”

Meanwhile, Super Typhoon Hagibis, which had initially threatened Ireland’s crunch fixture against Samoa in Fukuoka on Saturday, is now arrowing towards Tokyo, and could have a significant impact on the all-Six Nations clash.

Hagibis has escalated from a tropical storm into a Category 5 super typhoon with wind speeds estimated at 160mph in one of the most dramatic intensifications of any tropical cyclone since records began.

Such storms can fade and change direction and there have already been false alarms at this World Cup, but as it stands it is due to hit Tokyo and Yokohama this weekend.

Any games cancelled due to weather problems are registered as scoreless draws and would have no impact on the final standings as England and France have already qualified for the quarter-finals.

“We have no control over the weather and we have to prepare for the game and see how it goes,” Wisemantel said.

“Regarding the permutation around the game and shared points, we are just concentrating on playing to win.

“I live in a bubble and I don’t know where the game would be played (if it is called off).

“One thing I have learnt in Japan is that they prepare for the worst and then usually it doesn’t eventuate.”