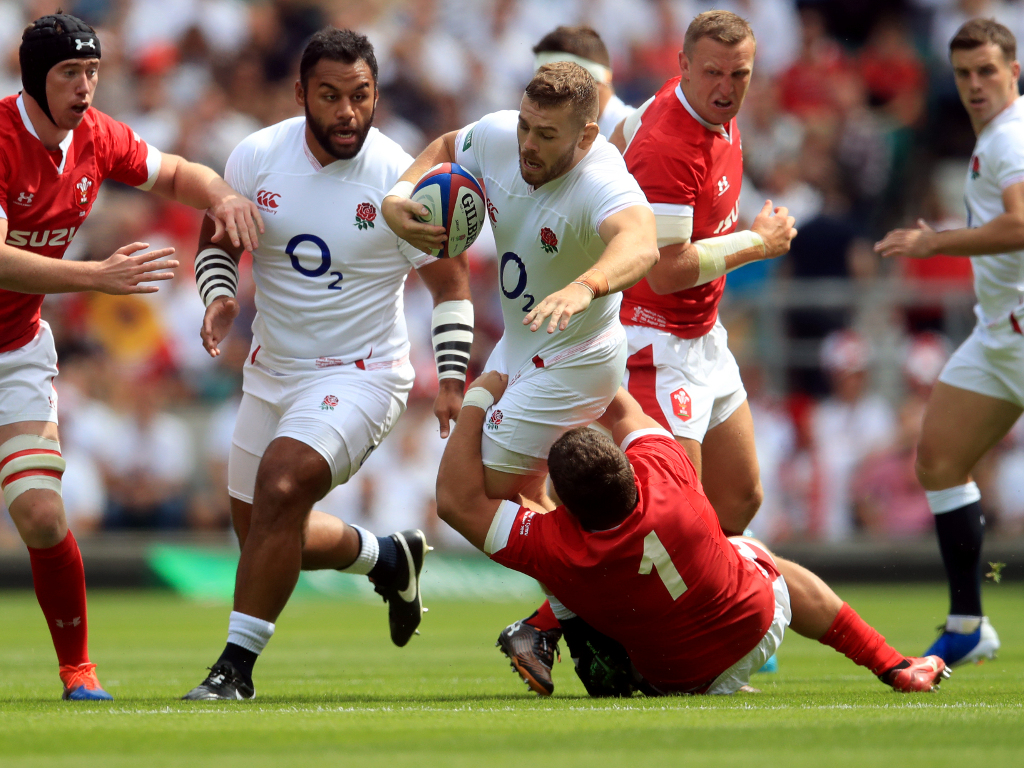 England proved too strong for Wales as they ran out 33-19 winners in an entertaining Rugby World Cup warm-up encounter at Twickenham on Sunday.

In a fast-paced match, both sides scored three tries apiece but England committed fewer unforced errors and were deserved winners in the end.

Much was made of England fielding an under-strength team while the visitors had what was close to their strongest starting XV, but the hosts were the dominant side for most of this match and the result brings Wales’ 14-match winning run to an end.

George Ford led the way for England with a 15-point haul, courtesy of three conversions and three penalties, and their other points came via tries from Billy Vunipola, Joe Cokanasiga and Luke Cowan-Dickie, as well as a late drop-goal from Elliot Daly.

England dominated the early exchanges and were up 14-0 by the 15th minute courtesy of converted tries from Vunipola and Cokanasiga.

Vunipola’s effort came as early as the fourth minute when he showed great determination and leg drive to power his way over the try-line before Cokanasiga scored from close range after the ball went through several phases in the build-up.

The visitors needed a response and that came midway through the half when Gareth Davies took on the English defence before crossing for a deserved try. Davies gathered the ball on England’s 10-metre line and did well to escape Vunipola’s attentions with a strong fend before beating Daly with deft footwork on his way to the line.

Although they were back in the game, Wales’ joy was short-lived as they suffered a setback in the 34th minute with what looked like a serious knee injury to Anscombe. He sustained the injury five minutes earlier when making a clearance kick but continued to play despite running around with a limp. He eventually hobbled off the field and was replaced by Biggar.

And just before half-time, the visitors suffered another setback when a throw-in at a lineout on their five-metre line went awry and Cowan-Dickie pounced on the loose ball before crashing over the try-line. Ford added the extras which meant England were leading 21-7 at the interval.

Wales came out firing after the break but England drew first blood after the restart when Ford slotted his first penalty in the 44th minute.

The visitors narrowed the gap in the 50th minute when North burst through a couple of tackles to score his side’s second try after Ken Owens was stopped close to the line in the build-up.

The next 10 minutes saw Wales up the ante on attack and they were rewarded in the 56th minute when Jones barged over for their third try, although Biggar was off target with the conversion attempt.

The final quarter saw England regain the initiative and Ford added two penalties before a 73rd minute drop-goal from Daly sealed what proved to be a comfortable win in the end.