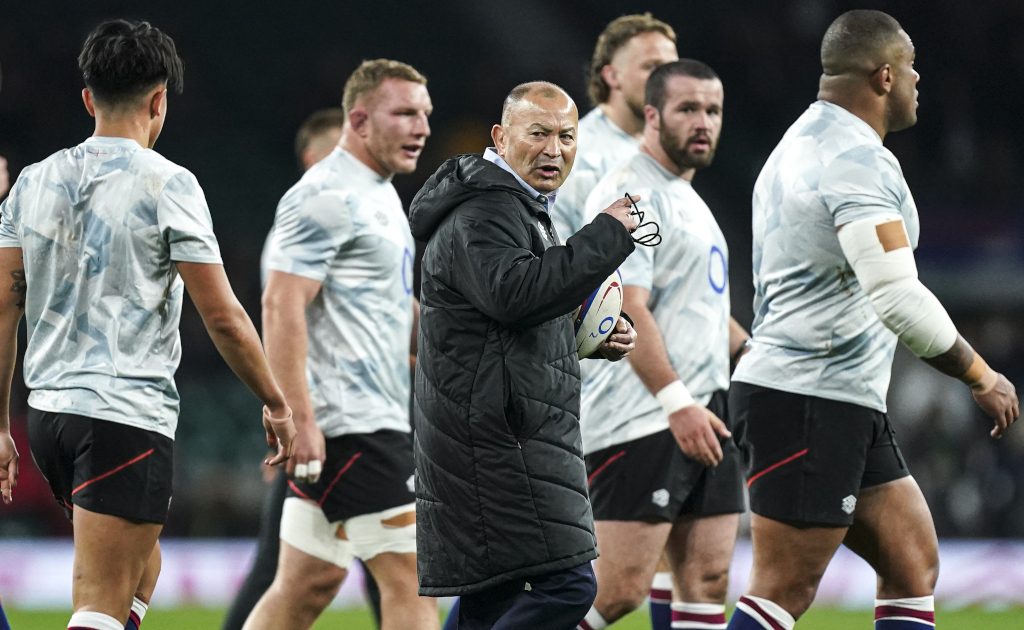 With four campaigns to go before England embark on their 2023 Rugby World Cup bid, head coach Eddie Jones has selected an exciting and form-based squad for the Six Nations.

Whilst there’s no place for Sam Underhill or George Ford, Jones has given the form players of the Premiership their reward for some outstanding contributions, with Luke Northmore, Ollie Chessum and Orlando Bailey earning their calls-ups for their club displays, with Alfie Barbeary, Ollie Hassell-Collins and Tommy Freeman all returning to a squad they’ve featured in at some point of their development.

In regard to Underhill’s omission, Jones pointed out that he’d not been at his best in recent times for Bath and that he didn’t believe the openside was quite ready in terms of fitness or form to be named in the squad.

“He’s had a truncated autumn,” explained Jones. “He’s carrying a few knocks and we felt it was best to allow him to get back to fitness and form in his club environment, with a view to re-adding him to the squad at a later date.”

When pressed on the continued omission of Ford, the England head coach noted that he was in regular contact with the fly-half and that a number of conversations had taken place with regards to the pathway back for the Leicester Tigers star.

On his new selections, Jones was full of praise for the players that have forced his hand in terms of a call-up.

“These players are in as a result of the adaptability and pace they bring,” he remarked. “We are looking for players that can provide attacking continuity based upon an adaptable game plan. We need to attack very aggressively in the modern Test arena – 70% of all tries are scored within the first four phases of play and this means we need players that think and react quickly.

“Ollie Hassell-Collins is swift, bounces tackles and is hungry; Tommy Freeman is someone that’s capable of playing 15, 13 or wing, whilst Orlando Bailey also offers us choice at 10, 12 or full-back. Luke Northmore is someone that’s impressed all season – he runs strong lines, carries well with great footwork and makes yards in contact, exactly what you need from a big centre.

“In the pack, Ollie Chessum is that perfect hybrid six/lock in the same mould as Courtney Lawes; he has energy and vigour, is a great lineout operator and we’ve all been very impressed with his progress.

“Alfie Barbeary is someone we’re delighted to welcome back – he’s made the choice to play in the back-row rather than hooker. When he consulted with us about the move we asked him to talk to those he trusted and come back with his thoughts. There were some things he would have had to have worked at in order to become a Test hooker and I think he preferred focusing on back-row, where he has the priceless ability to make metres in confined spaces.”

For England and Jones, the entire ethos of the squad is a ‘forward look’. In every marginal decision on selection, the thought process has clearly been to develop and move to the future, rather than look back and reuse players (such as Ford and perhaps Dan Cole) who are very well known quantities to Jones.

With Scotland at Murrayfield just over a fortnight away, the next week or so in camp at Brighton will be crucial for England. The Scots have the best record against England of any nation – alongside New Zealand they are one of only two nations that have a 50% win record against England since Jones started in 2016 – and there’s something about their swift and disruptive style that tends to upset the England game plan.

Nevertheless, with a squad picked totally on Premiership form and with the credit of a fine November Test campaign behind them, this team bristles with pace, power and ambition, and should provide us with some thrilling rugby during the 2022 Six Nations.