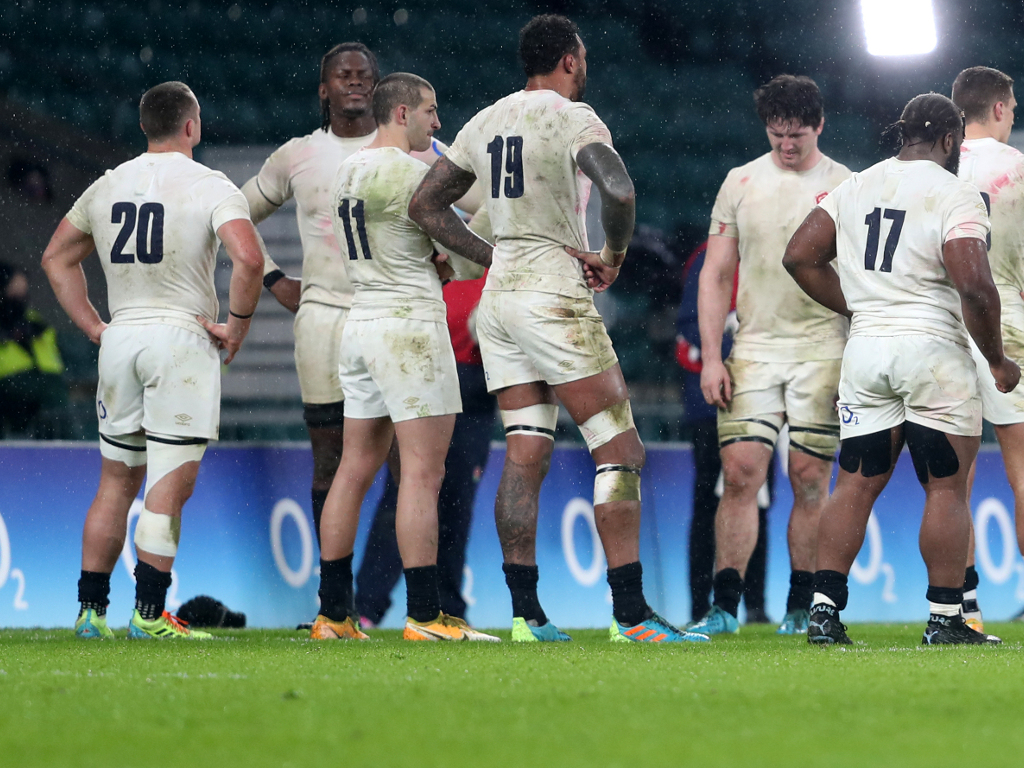 England’s first defeat to Scotland at Twickenham since 1983 has cost them second place in the World Rugby Men’s Rankings, with the All Blacks now the closest team to South Africa.

Finishing 11-6 to the visitors, the match was very different from the 38-38 draw in the corresponding fixture two years ago with chances to score few and far between.

But Scotland ran out worthy winners after scoring the only try of the game through powerful wing Duhan van der Merwe, while Finn Russell and Owen Farrell kicked two penalties apiece.

Eddie Jones’ side dropped two rating points after what was also their first-ever loss to Scotland on the opening weekend of the Six Nations, and they are now a fraction under one-and-a-half points behind the All Blacks in third.

The historic victory boosted Scotland’s points tally to 82.82, but that wasn’t quite enough for them to improve on their position of seventh prior to kick-off.

They are, however, now only a quarter of a point adrift of Australia in sixth, and will leapfrog the Wallabies if they beat Wales at Murrayfield this coming weekend.

The 1.23 rating points claimed by Wales for their 21-16 victory over 14-man Ireland sees them move above Argentina in the rankings and into eighth place.

Good finishes from George North and Louis Rees-Zammit and 11 points from the boot of Leigh Halfpenny saw off a spirited performance from an Irish side that played for over an hour in Cardiff a man down because of Peter O’Mahony’s 14th-minute red card.

The visitors threatened to pull off a remarkable victory after a try from Tadhg Beirne, but Wales did just enough to edge a tense encounter between two teams that have both been top of the rankings within the last 18 months.

Ireland remain in fifth place despite the setback, immediately below France, who won handsomely in Rome in the opening match of the Six Nations.

France were never in line to pick up any additional points because of the large points differential between themselves and Italy, which is a big factor in the way the rankings are calculated.

And France emphatically rubber-stamped their favourites tag with a seven-try, 50-10 win that supports their credentials as contenders for a first Six Nations title since 2010.

Teddy Thomas bagged a brace, while Antoine Dupont was man-of-the-match with a try and two assists. The rest of France’s tries came from Dylan Cretin, Gaël Fickou, Arthur Vincent and Brice Dulin. Matthieu Jalibert kicked six conversions and a penalty.

Italy’s only try came from Luca Sperandio as the inexperienced Azzurri slipped to their 28th consecutive Six Nations defeat.

With no rating points lost, Italy remain in 14th place in the rankings.

Georgia completed the ‘Grand Slam’ against Russia but were made to work hard for their 16-7 victory over the Bears.

After a scoreless first half in Tbilisi, Lelos scrum-half Vasil Lobzhanidze broke the deadlock when he spotted a large gap in the visitors’ defence to race home unopposed.

Lobzhanidze’s half-back partner, Tedo Abzhandadze, added the extras and then kicked a penalty to put Georgia 10-0 up. However, the Bears fought back and closed the gap to just three points on the hour mark thanks to Bogdan Fedotko’s converted try.

Two further penalties from Abzhandadze settled the home side’s nerves and made the game safe.

Again, due to the large points differential between the sides before kick-off, the result had no effect on the rankings, with Georgia and Russia still occupying 12th and 21st place respectively.

In Sunday’s other fixture, Spain secured second place behind Georgia for the second consecutive year after seeing off local rivals Portugal, 25-11.

Rodrigo Marta scored the only try of the first half as Portugal led 6-5 at the break. But Los Leones turned in a much better second-half performance and were rewarded with tries for Bautista Guemes, Julen Goia and a late effort from Gauthier Gubouin. Guemes also kicked two penalties and a couple of conversions in a win that improved Spain’s rating by two-tenths of a point.

Los Leones stay in 17th place in the rankings – three above Portugal, who are unmoved in 20th.