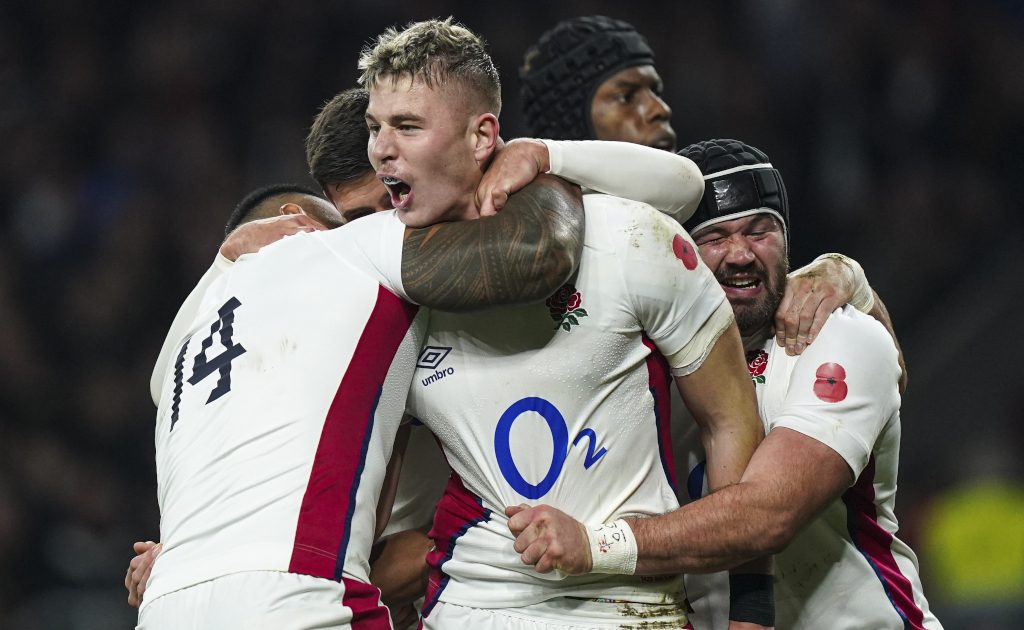 An early try from full-back Freddie Steward helped England see off Australia 32-15 in their Autumn Nations Series clash at Twickenham on Saturday.

For all the hosts’ possession and territory, England were only 16-12 in front at half-time, with Steward scoring their only try amid a high-octane start.

At least one more crossing should have been added against a resilient Wallabies side who were on the ropes yet managed to stay in the fight through a steady stream of James O’Connor penalties.

And as the Cook Cup clash staggered into its final quarter after a humdrum spell full of indiscipline, untidy play and fussy refereeing from Jaco Peyper, England’s attacking intent subsided and an arm-wrestle took over.

Five penalties from Owen Farrell and one from Marcus Smith ultimately propelled them to a second win of the autumn, with Jamie Blamire’s stoppage-time try distorting the final scoreline, but Jones has been left with plenty to work on ahead of South Africa’s visit to Twickenham next Saturday.

For the first half at least the experiment of pairing Smith and Farrell together in a creative axis was a success, although for most of the match they interchanged between fly-half and inside centre.

Frequently Farrell would appear at first receiver, creating time and space for Smith to orchestrate play with clever passes and miss moves, and the pair combined beautifully for Steward’s try.

It was among the best displays seen from England’s captain at inside centre and a return to international form after a period when he has failed to make an impact, although his evening was cut short by injury.

Picking up where they left off last Saturday against Tonga, Jones’ team made an all-action start when Farrell and Smith united to weave Steward into space and the Leicester full-back made easy work of the finish past a diving Kurtley Beale.

Jonny Hill and Kyle Sinckler had taken early bangs but were soldiering on and when the attack was renewed with Sam Underhill carrying hard it looked ominous for Australia.

Hurtling infield off his wing, Manu Tuilagi made inroads into the heart of the visiting defence to win a penalty that was kicked by Farrell, but he then showed his discomfort in his new position by dropping the restart.

Australia scrambled effectively to keep out a second try when Henry Slade and Jonny May threatened and then Jamie George was sent bursting into space by a cute pass from Courtney Lawes.

George was stopped by a dangerous tackle from wing Tom Wright, who was sent to the sin-bin, and the Saracens hooker was then denied a try when Nic White dislodged the ball from his arms as he was about to touch down.

The second-half started with O’Connor’s fifth penalty and now the home lead read just 16-15, but two big carries from Hill including one where he was held up over the line placed England in control.

Angus Bell was sin-binned for a tip tackle on Lawes, and Alex Dombrandt and Tuilagi interchanged to great effect in the 54th minute, only for the ball to be turned over and Australia to launch a counter-attack.

It was the Wallabies’ most threatening moment of the game but it led to their captain Michael Hooper being replaced.

Farrell kicked a penalty before limping off in obvious pain and then Smith also landed three points to kill off the Australian challenge before Blamire charged over.