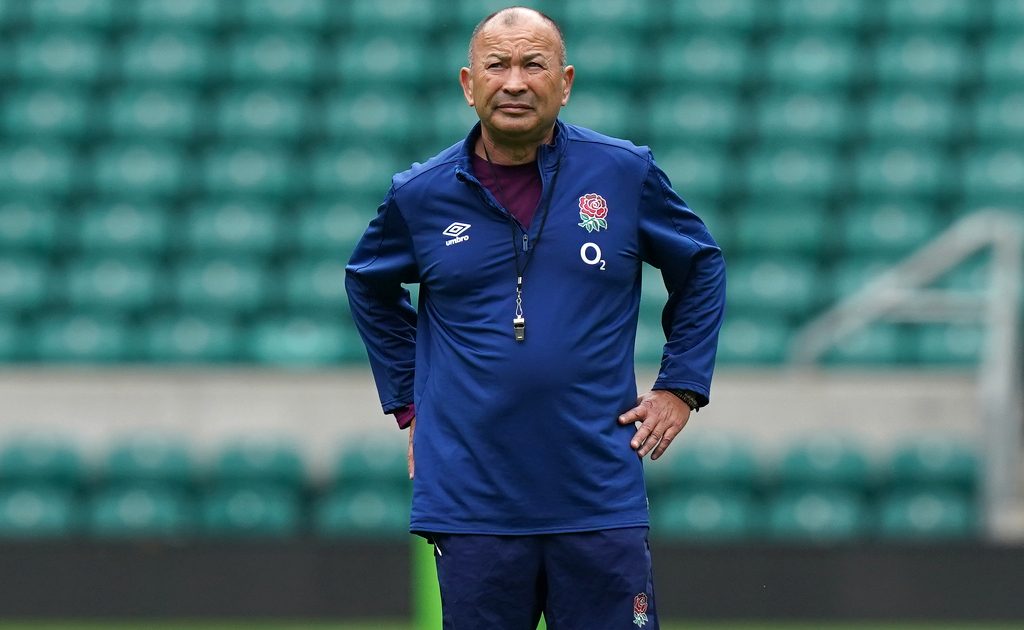 Eddie Jones has called for the disciplinary action launched against Springboks boss Rassie Erasmus to be resolved swiftly in order to set an example to the game.

Erasmus has been widely condemned for the 62-minute long video released ahead of the Boks’ second Test against the British and Irish Lions in July during which he criticised the performance of officials during the series opener.

A date has yet to be set for South Africa’s director of rugby’s misconduct hearing but World Rugby is expected to make an example him.

England head coach Jones objects to the video that ultimately influenced the second Test won by South Africa, but does see room for improvement in the standard of officiating.

“It should be dealt with quickly,” Jones told BBC Radio 5 Live.

“The game is in a good place but we have to be careful and I think there are some issues in the game we need to look at very carefully. One of them is the diligence of the referees to referee the important part of the game well.

“Rassie made his famous video and I don’t think that is correct, but we need to make sure the referees work as a three a lot harder than they do at the moment to ensure that particularly at the breakdown we get what we need to get, which is a fair contest between contest and continuity.

“But there is an appropriate way to do it and that is being respectful to the referee.”

Meanwhile, Springbok back-row and 2019 World Rugby Player of the Year Pieter-Steph du Toit, who represented the Boks in the first two Tests against the Lions, will further his career at Japanese club Toyota Verblitz.

On Monday, Toyota Verblitz announced that Du Toit and All Black second-row Patrick Tuipulotu have joined their ranks ahead of the 2022 Japan Rugby League One season.

“Toyota Verblitz is a club that is well respected and an institution that reflects hard work, high performance and elite standards,” said Du Toit.

“It is a privilege to be part of such an environment and I hope to justify the faith put in me by giving my very best on and off the field.”