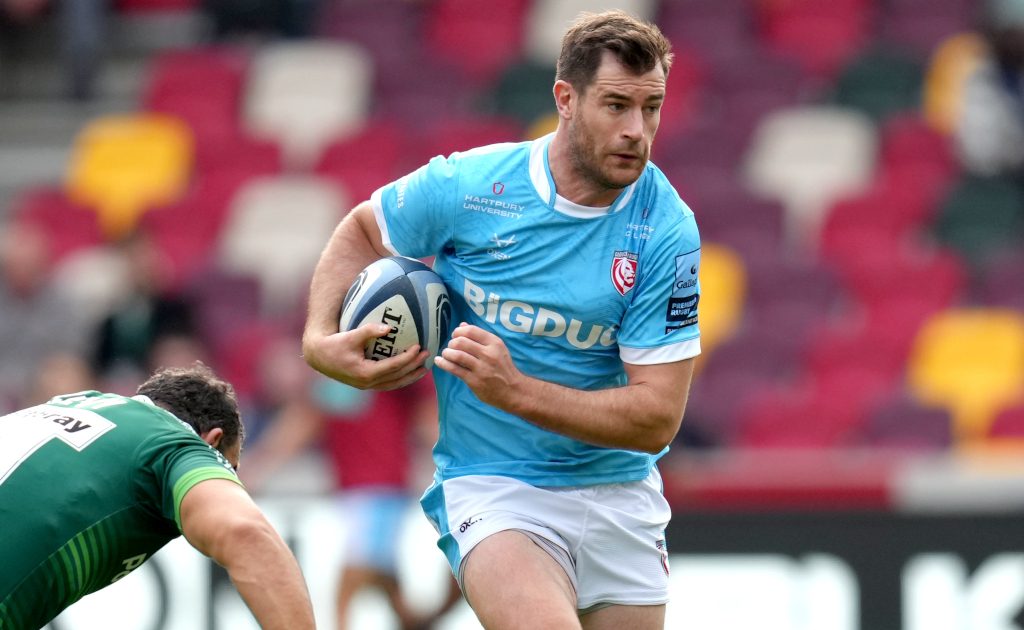 Gloucester have announced that England international Mark Atkinson has penned a multi-year deal to stay with the Cherry and Whites.

Since joining the club ahead of the 2014/15 season, Atkinson has gone from strength to strength and has established himself as a first team regular with an outstanding set of performances over the last few seasons.

Recently, Atkinson’s consistent top-flight performances earned him an England call up and he made his debut off the bench against Tonga at Twickenham in the recent Autumn Nations Series.

It goes without saying that Atkinson’s performances have caught the eye of clubs around the Premiership, but it was the centre’s desire to commit his future to the Cherry and Whites, and chief operating officer Alex Brown is delighted to have secured his signature.

Leader in the squad

“Mark has been an integral part of the Gloucester Rugby squad for a number of years now and has become a real leader within our squad,” Brown said.

“We know that the culture we are building here is extremely exciting, and players like Mark committing his future to Kingsholm is a hugely positive sign for the direction we are heading in.”

Head coach George Skivington is also pleased to have the centre sign on with the club.

“Mark works really hard and is the sort of character that makes a really big contribution to the squad here at Gloucester Rugby,” Skivington added.

“He’s recently been rewarded with an England cap and the way he’s come back into the squad and really pushed on further makes his re-signing really exciting for us.”