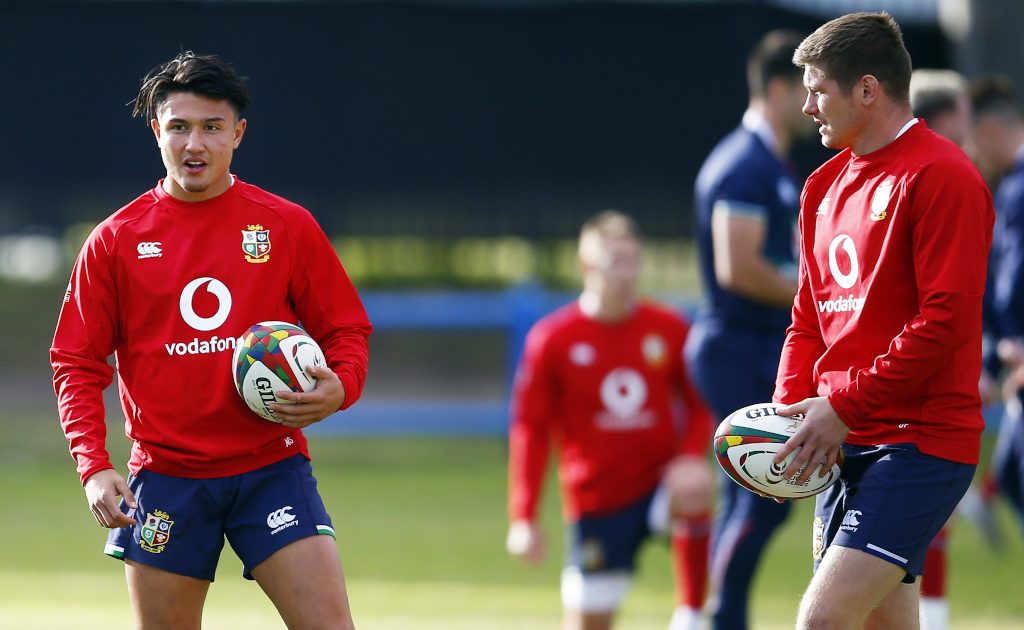 England captain Owen Farrell has said he will help fly-half Marcus Smith develop into a primary playmaker during the upcoming Autumn Nations Series.

The Harlequins star is set to retain the 10 shirt he donned for two Tests in July when Tonga, Australia and South Africa visit Twickenham next month.

That would see Farrell possibly play at inside centre, with George Ford no longer alongside him, as Eddie Jones looks to freshen up ahead of the World Cup.

Smith’s brilliance last season resulted in England and Lions call-ups and the challenge now facing the 22-year-old is to prove he can direct operations against heavyweight Test opposition.

“Marcus is a massive talent and a very exciting player. He’s someone who can unlock a game himself but he’s also got a brilliant eye for how to make a team work as well,” Farrell said.

“You want to make sure he keeps that sort of balance and he’s got the attitude to do that – hopefully for a long time.

“Marcus is someone who loves talking rugby. He loves chatting about the game and trying to understand the game a bit better. If I can help him do that in any way possible, I’d love to.

“We have worked together before and he has been in camps before when he was a bit younger.

“I shared a room with him in the past and it was good to get to know him a bit better over the summer with the Lions.

“He’s a brilliant lad and he’s not just a very talented player, but a proper student of the game.

“That sounds a bit cliche, but he is really bothered about getting better and understanding the game a bit more. He loves chatting about rugby, so that made it easy for me to get on with him!”

Smith will be looking to stamp his authority on England as quickly as possible and Farrell insists he has the self-assurance to make his voice heard.

“Marcus seems like he’s confident and that’s because, for me, he’s done the work. He understands the game and knows exactly what he wants to get out of it,” Farrell said.

“He speaks sense and that helps your confidence and helps when it comes to playing in the position that he does. He is doing that really well at the minute.”

Farrell remains England captain after avoiding the cull of senior players that has cast doubt on the Test futures of Ford and the Vunipola brothers.

Jamie George was another of Jones’ old guard to be overlooked for the Autumn Nations Series until Luke Cowan-Dickie sustained a significant ankle injury, resulting in the Saracens hooker’s recall.

But despite escaping the purge on this occasion, Farrell’s unconvincing form is an area of concern and the 30-year-old knows he is not immune from being dropped.

“I’ve never thought no one was undroppable. You always have to work hard to be in this team, to play in these games. That’s never going to be any different,” Farrell said.

“I don’t expect anything from a squad announcement anyway. I don’t expect anybody to be in. You’re waiting for a phone call to see if you’re picked yourself. You don’t want to expect too much.”

Meanwhile, Wales centre Jonathan Davies has revealed they are excited by the challenge of facing New Zealand in their Autumn Nations Series opener in Cardiff on Saturday.

Wayne Pivac’s men will be under-strength as they begin their campaign against a country they have not managed to defeat since 1953, a horror drought for Wales.