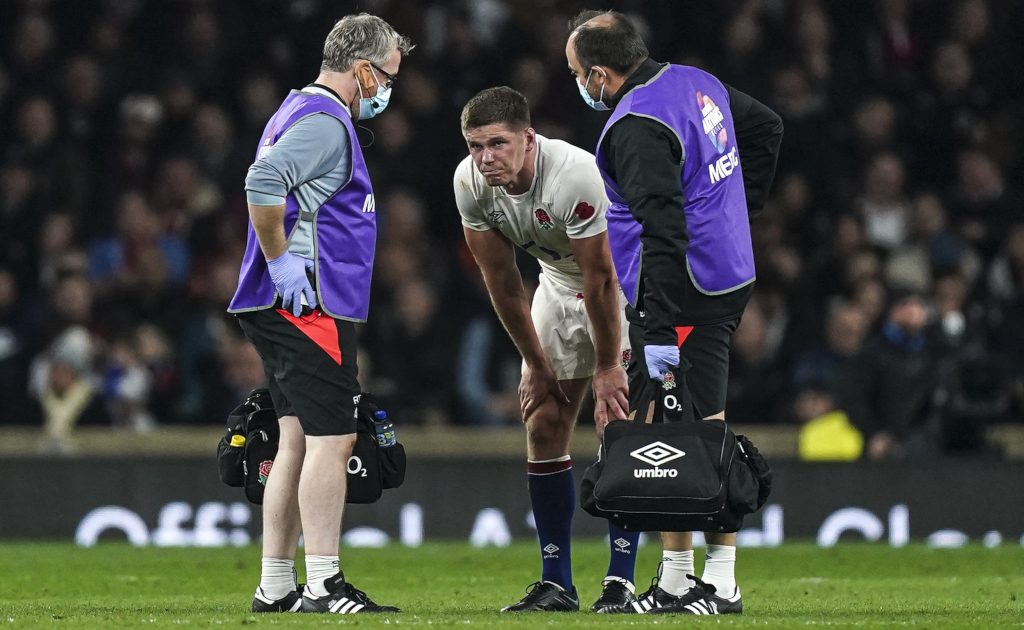 England captain Owen Farrell and hooker Jamie George will miss this weekend’s game against the Springboks.

The duo both suffered injuries during the 32-15 victory over Australia, with Farrell going off with an ankle issue and George being replaced at half-time following a knee complaint.

There is no direct replacement for the Red Rose skipper but Jack Singleton has come in for George, while Eddie Jones has further bolstered his pack by calling up loosehead prop Harry Elrington.

England are preparing to meet South Africa for the first time since suffering a 32-12 defeat in the final of the 2019 World Cup in Yokohama.

Head coach Jones has named a 34-man squad for the game, which rounds off his side’s Autumn Nations Series campaign following consecutive wins over Tonga and the Wallabies.

Front-rower Singleton, 25, returns to the international fold having won three caps in 2019, including a substitute appearance against the United States during the World Cup pool stage.

Loosehead prop Elrington, 27, joined Gloucester ahead of the current season having begun his career with London Irish.

Kyle Sinckler set to make up for lost time against Boks

Eddie Jones’ England side dominated Australia 32-15, maintaining their unbeaten run in the Autumn Nations Series that began with a massive 11-try victory over Tonga.

“I’m not going to lie to you, for two or three weeks after I just sat in my house in a dark room, obviously concussed, trying to process it all.”