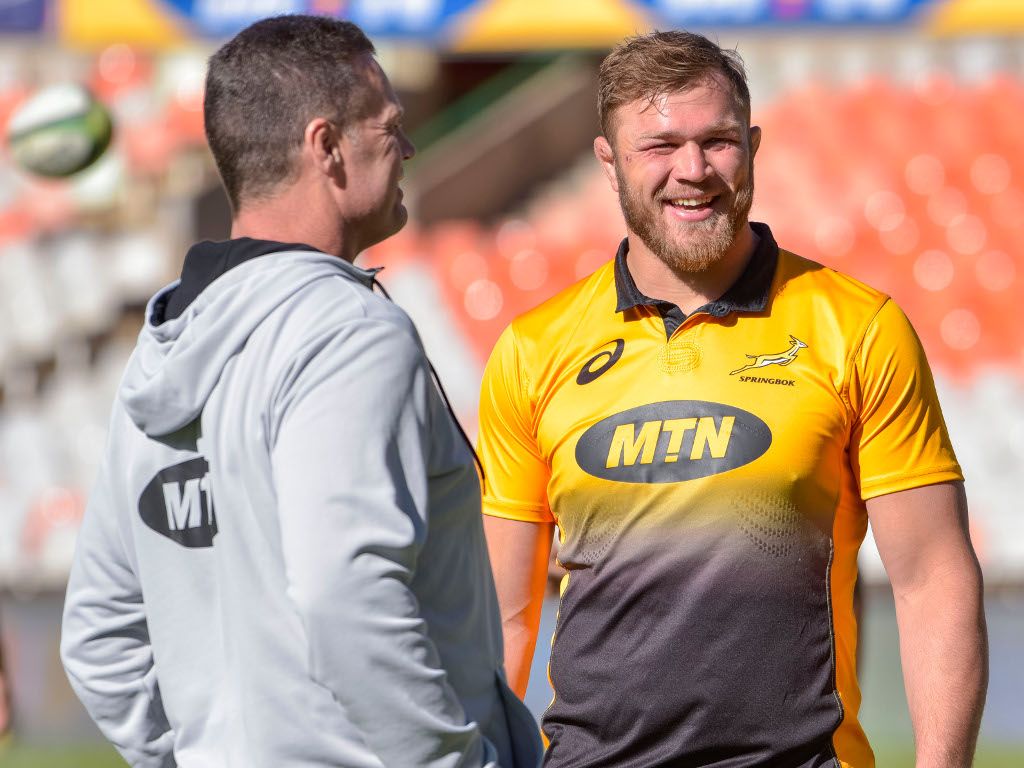 Springbok number eight Duane Vermeulen said he is excited to be back in the Test set-up and spoke of the anticipation that is building in the South African camp ahead of Saturday’s big match against England in London.

A packed Twickenham is expected for the first match of the Boks’ end-of-year tour of the United Kingdom and France.

After playing a pivotal role in the Springboks’ 2-1 home series victory in June over England, the experienced Vermeulen missed the Rugby Championship, where the South Africans finished as runners-up to New Zealand after two epic battles against the All Blacks.

“I am really excited to be back and its always so special to be part of the Springboks,” said Vermeulen.

“If I do get the opportunity to play on Saturday, I am looking forward to getting stuck in.”

Saturday’s Twickenham showdown will be the fourth international meeting this year between the two teams, with the South Africans expecting a huge challenge from England in front of their home fans.

Looking back at the last meeting between the two sides, which saw England overcome the Springboks in Cape Town, Vermeulen said: “I think the weather played a big part of that match. It’s the type of conditions England are used to, so it’s going to be a bit different for us, to play up here in the north away from the harder fields and dry conditions.

“We realise it will be a huge contest on Saturday and if you don’t win your set-piece, you’re going to struggle at Twickenham.”