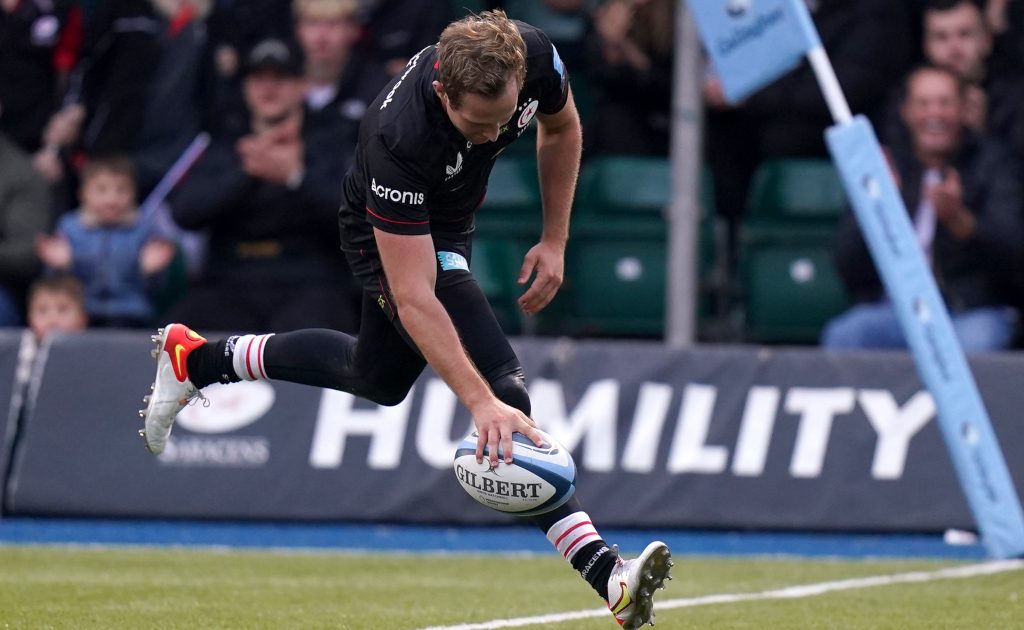 England back three player Max Malins touched down four times as Saracens strolled to a dominant 56-15 triumph over Wasps at StoneX Stadium.

After his hat-trick in Sarries’ 71-17 victory at Bath, Malins went one better this week to help Mark McCall’s men claim the full five points.

They scored eight tries in all, with Jamie George and Billy Vunipola also continuing their fine early season form before Alex Lozowski and Ben Earl completed the rout.

Jimmy Gopperth and Zach Kibirige crossed the whitewash for the visitors, but their understrength team unsurprisingly struggled.

With 18 tries in their last two games, they look in perfect shape ahead of next Sunday’s trip to champions Harlequins.

This was always going to be a tall order for Wasps, who were without 15 injured players and left several other first-teamers out, and they were unsurprisingly no match.

Saracens captain Owen Farrell knocked over a straightforward penalty to open the scoring after five minutes and he soon doubled up with an even easier kick to take the score to 6-0.

It took 13 minutes for the hosts to score their first try, as Aled Davies sent Vincent Koch through a gap and the South Africa prop timed his pass to put England hooker George in the clear.

Farrell converted with ease and, while Gopperth’s penalty opened the Wasps account, they suffered further injuries to Will Simonds, Tom Cruse and Ben Morris in the first 40 minutes.

Sarries were quickly back into their stride with Alex Goode spotting a massive overlap on the left and feeding Maro Itoje, who advanced towards the line before giving Malins an easy finish.

A one-sided first half was then rounded off by Billy Vunipola breaking off an attacking scrum to power over and open up a 27-3 half-time lead for Sarries.

It took less than three minutes after the restart for the hosts to secure the try bonus point as Nick Tompkins moved the ball left to George, who found Malins in plenty of space to score in the corner.

Wasps’ spirit was not broken, however, and they had a try of their own after 54 minutes when a superb long pass by Ali Crossdale allowed Gopperth to go over down the right wing.

Two minutes later, the visitors struck again, as Kibirige chased down Crossdale’s clearance and kicked it on himself before the ball bounced kindly for him to go clear.

Normal service was resumed, though, as Malins completed his latest treble in the 61st minute by going over in the corner again from Farrell’s lovely long pass.

His haul was complete three minutes later, first catching the ball before putting Farrell through a big gap, then accepting his return pass to go clear yet again.

There was no let-up from Sarries as Lozowski swapped passes with Alex Lewington to go in under the posts before Earl finished off proceedings by plunging over off the final play.