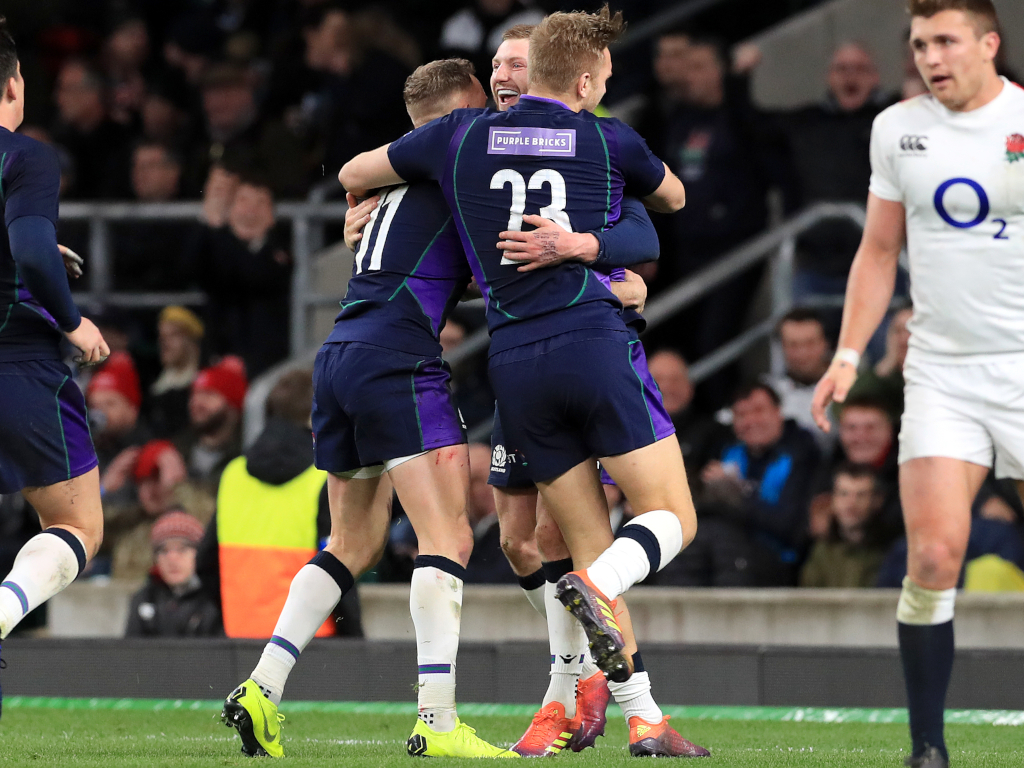 Elliot Daly insists England will pay a high price if they lose concentration against Scotland ringmaster Finn Russell even for a moment of Saturday’s Six Nations opener.

Daly knows the “free and fearless” Russell has the range of attacking skills to orchestrate a first victory at Twickenham since 1983.

Two years ago the Racing 92 maverick inspired a remarkable Scottish comeback when a 31-0 deficit ended in a 38-38 draw, the underdogs denied a famous win only by a stoppage-time try from George Ford.

And more recently Daly was present for Saracens’ Champions Cup semi-final defeat at Paris La Defense Arena when Russell engineered the match-winning try with a trademark chip over the defensive line.

Stay in the moment

“The way he plays is very free and fearless. You have to be ready for everything. He might do a few things that come off, but you have to stay in the moment and limit them,” full-back Daly said.

“I’ve played against him a few times now and you have to anticipate some stuff that you wouldn’t anticipate from other players.

“It’s understanding what he sees in the game and trying to work out what he’ll do, although you can’t get it right every time.

“With Saracens, we switched off a little bit and that was the game sorted. If you look back on that match, we could have stopped that if we were a bit more alert.

“That was in the 70th minute, so it’s about doing it for the full 80 and not switching off.”

"He tells lies with his eyes, this guy is a true baller!"

Ahead of England vs Scotland in the #GuinnessSixNations, @ugomonye and @dallaglio8 look at the game-changing ability of Finn Russell 🔥

Farrell, Ford, or Russell? Who would you want in your team? #RugbyTonight pic.twitter.com/OZbAi6I8uX

England have turned to reality TV show ‘Love Island’ for inspiration as they look to forge social bonds when in camp at The Lensbury during the Six Nations.

Among the tougher coronavirus safety protocols brought in to reduce the risk of an outbreak is a rule that players can only socialise outdoors, in areas that include heaters, a giant chess board and table tennis.

“It’s like Love Island without the weather! We’ve got the fire pit, so that’s a tick,” Daly said. “It’s nice to have the option to do this, otherwise it would be very difficult to socialise as a group.

“I know it’s not the weather to socialise outdoors, but we’ve got heaters and open tents, so we’re definitely able to sit with each other and have a coffee, which is more than we would have been able to.

“The new restrictions are definitely different. We thought they were strict during the last campaign. Now it’s gone to a different level. But it’s what’s needed to play at the weekend so we have to get on with it.

“It’s nice to have that otherwise it would be train, lunch, dinner and then bed.”