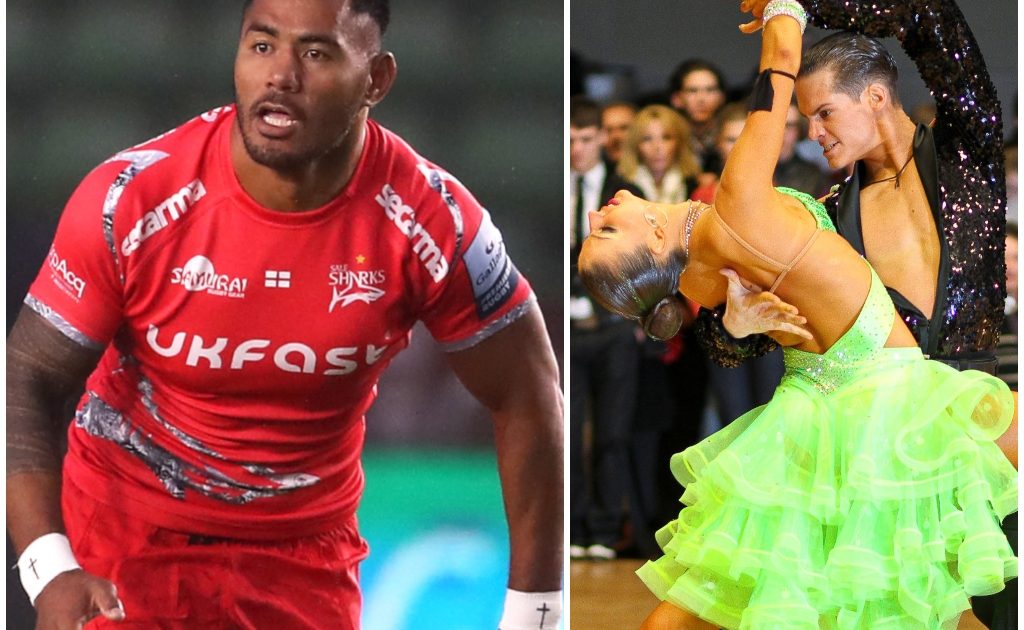 England and Sale Sharks centre Manu Tuilagi has taken up salsa dancing to aid his recovery from the Achilles injury that is on course to heal in time for the latter stages of the Premiership season.

Tuilagi is around eight weeks away from a return to action after tearing the ligament against Northampton in late September, ruling him out of the autumn Tests and Six Nations.

As part of his rehabilitation Tuilagi is performing salsa and hiking as he closes in on a comeback in early May that will enable him to make a late pitch for Lions selection against South Africa this summer.

“Manu’s walking and learning salsa, believe it or not. If you’re hiking and doing salsa you can’t be far off playing rugby,” said Sale director of rugby Alex Sanderson.

“The salsa is for his ankle and a wife of one of the players is taking (coronavirus) tests because she’s able to teach him salsa, so he’s been learning that.

Perform for the boys

“He’s going to perform for the boys in around five weeks. I haven’t watched him salsa, but he’s good with his feet for a big guy.

“I went for a 7.5km hike with him around Macclesfield Forest last Friday and he was on great form.

“We went up to the highest point of Macc Forest. He was climbing over boulders and it’s really undulating terrain, that’s why we took him. He’s got another one this Friday that’s 10km.

“It’s about seven to eight weeks for him, maybe. Definitely he’ll play again this season. It’s good to see him up and about. He’s a good lad so he’s adding energy to the place.”

Tuilagi’s ball carrying might has left a void in midfield for Sale and England, but the latest timeframe for his return means he could be involved in the last five rounds of the regular Premiership season plus the play-offs, if the Sharks progress.

Lions head coach Warren Gatland will monitor his progress closely knowing a fit Tuilagi would be the most destructive player at his disposal with no obvious like-for-like replacement across all four nations.