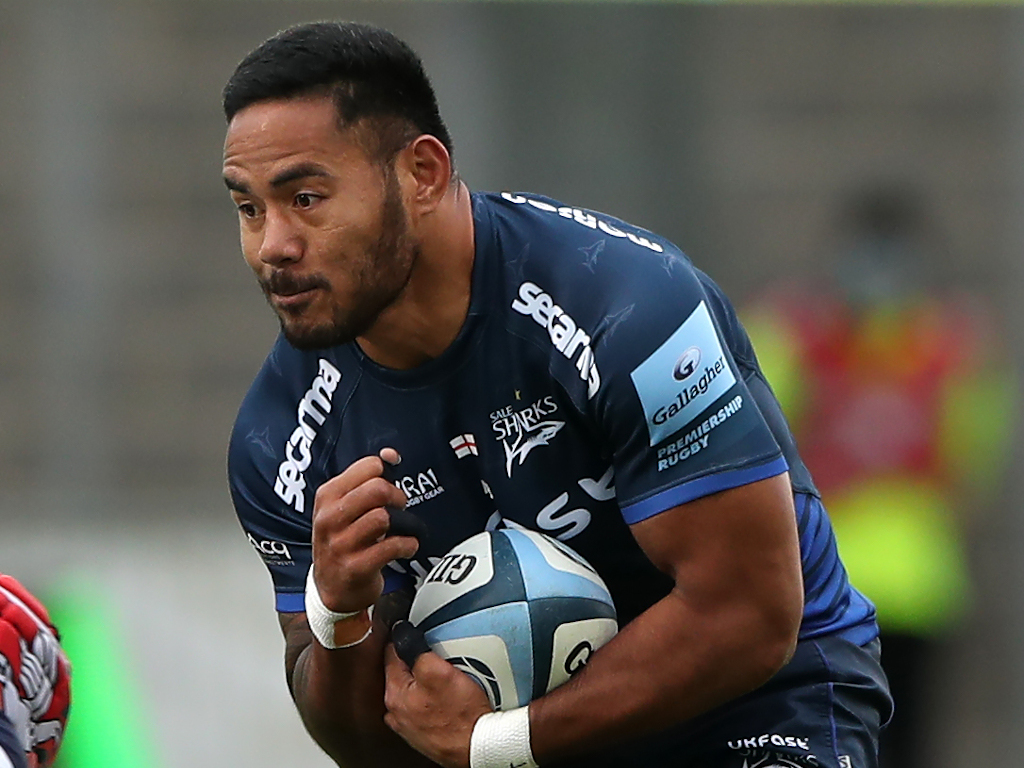 Sale Sharks have announced that England and British and Irish Lions centre Manu Tuilagi has agreed a new deal to stay at the club.

But the Samoan-born former Leicester Tigers star has now committed his future to the club by signing a new two-year contract taking him to the end of the 2022/23 season.

Tuilagi, who joined the Leicester Tigers academy at 15, is currently approaching full fitness after a serious achilles injury sustained in November.

And he says it was an easy decision to extend his stay at the club after moving his whole family to the north west.

He said: “I feel incredibly grateful to have the chance to stay here for another two years. I’ve really enjoyed it, and my family have really enjoyed living up here in the North West. My little boy is a proper northerner now. We feel very blessed.

“The boys here at Sale are fantastic and the environment that the coaches and staff have created is so good for me both on and off the field. We’re going in the right direction and it’s a really exciting time to be involved with the club. I can’t wait to get back on the field as soon as possible so I can help the boys.”

As well as being one of the world’s best centres, Tuilagi has also been working on some other skills during his time at Sale.

He added: “I’ve spent most of lockdown doing my rehab but there’s always some jobs to do in the house or the garden, especially now we’re staying here.

“I love making coffee and making that pattern as perfect as possible. And as part of my rehab I’ve been doing salsa lessons. It’s a bit different but we wanted to keep rehab exciting so that I wasn’t just stuck in the gym doing calf raises all day. So we got someone in to teach me and I’ve really enjoyed it. I love it but there’s no chance I’ll be going on Strictly.”

It’s his skills with a rugby ball in hand that Tuilagi is desperate to show off again. And that could be just weeks away.

He said: “The lads have done really well on the pitch while I’ve been out injured. I’ve been watching every game and they’ve performed brilliantly. The Champions Cup quarter-final was a big step for us and we played well but La Rochelle were too good on the day.

“Now we’re focused on the next game and making sure we’re in that top four. It’s a really exciting time to play for Sale Sharks and I can’t wait to get back to help the boys.”

Sale Sharks director of rugby Alex Sanderson hailed Tuilagi’s impact off the field as well as on it – and his skills as a barista.

He said: “In terms of the environment, he’s the glue in the squad, not just for the senior lads but for the younger lads too. He brings them into the mix so they can feel part of the team and the club and the culture that we’re building here.

“He’s so humble for a man who’s achieved as much as he has, so to have him involved is fantastic for the club and the organisation off the field as much as it is on the field. His actions and quality on the field speak for themselves.

“There’s no ceiling to what he can do here. And we don’t want to put any limits on him. We just need to get him fit, make sure he’s confident and happy and watch him go.

“Learning salsa was brilliant for his rehabilitation. Now he’s addicted to it. He did a performance in front of the lads and he said he didn’t sleep the night before. And he makes a great coffee!”