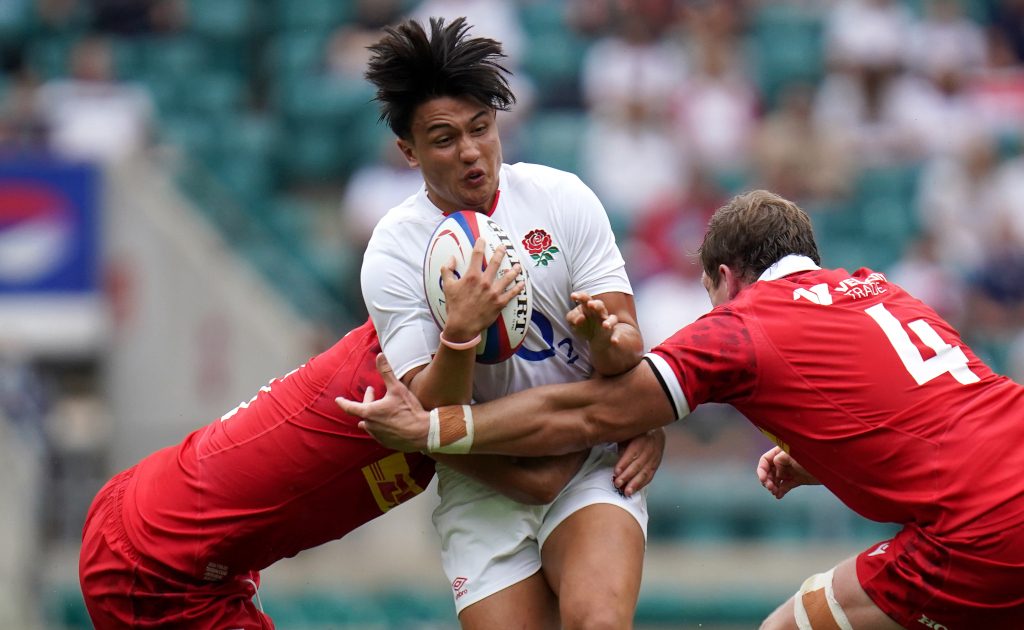 Harlequins star and recently capped England international Marcus Smith has been called up to the British and Irish squad as injury cover for Finn Russell.

Smith was playing for the Red Rose during their victory over Canada when Lions head coach Warren Gatland confirmed that Smith had been drafted in.

“It’s a slight tear in Finn Russell’s Achilles, and they injected today, and hopefully we’re going to manage it and see if we can get him through the next couple of weeks, and as a result we have called up Marcus Smith to come out on Sunday,” Gatland told Sky Sports.

“He’s been absolutely outstanding, I’m a big fan of his. I watched him play last year and thought he was really, really promising.

“He’s been having a great year for Harlequins and is obviously playing for England now.”

Finn Russell to stay in camp

Russell will stay with the group but he is managing an Achilles issue which has put his participation in doubt.

Quins’ fly-half played a key role in the Londoners’ Premiership triumph and made his national team debut against the USA last weekend.

He followed that up by starting versus Canada and was similarly influential as England racked up 70 points in the win.

Smith’s selection is a slight surprise, with him chosen over the likes of Johnny Sexton and George Ford, but Gatland says it is a decision primarily based on form.

“The reason we’ve gone with Marcus is just how well he’s been playing,” Gatland added.

“He’s been playing regularly in recent weeks, obviously winning the Premiership with Harlequins, and playing with England now.

“He’s kind of a similar player to Finn Russell as well, so it’s sort of a like-for-like replacement in terms of how he plays the game.

“We’ve got two really experienced 10s [Dan Biggar, Owen Farrell], so hopefully he [Smith] might add something exciting and a little bit new to the squad.”