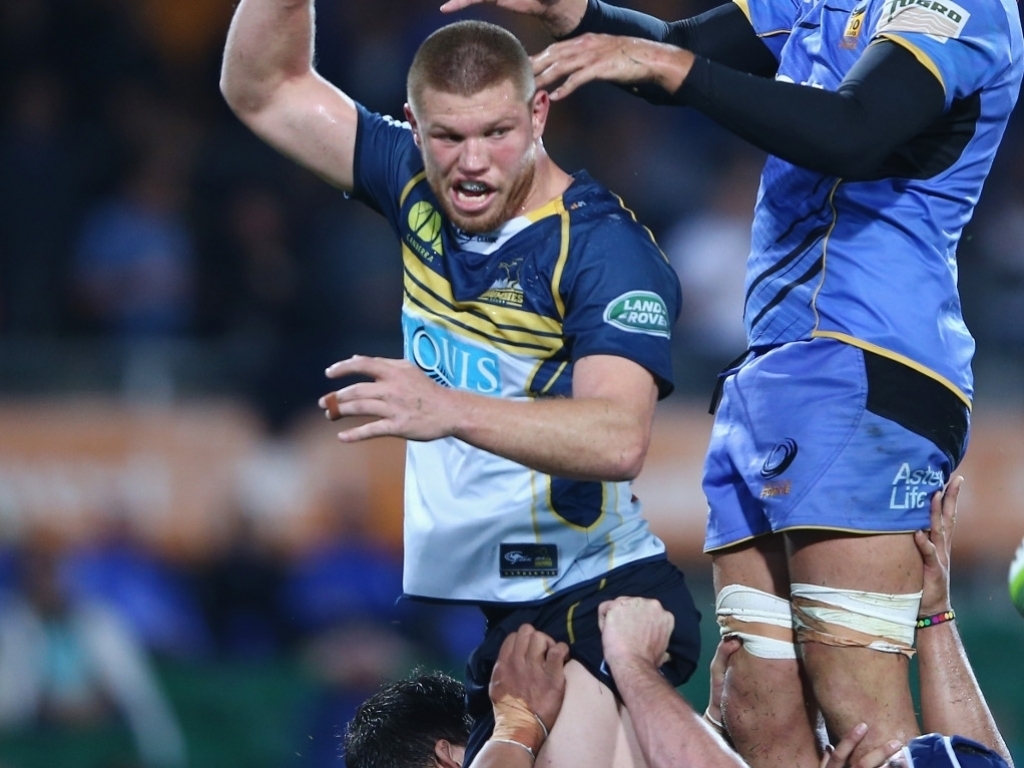 Brumbies lock Blake Enever has been included in the Wallabies squad for their end-of-year tour, with Force lock Matt Philip also named.

Philip was one of the standouts in Super Rugby, mentioned as an outside chance for Test opportunities through the year, but Enever's selection is the biggest shock.

A quad injury for Rory Arnold, initially thought to be a corked knee, and shoulder surgery for Izack Rodda have whittled away Australia's second row depth.

Lukhan Tui will also sit out the first two matches on tour after pulling his hamstring against the Barbarians on Saturday, leaving some lock spots open.

Cheika said Enever was surprised at the call-up, notified just hours before Canberra's NRC game against the Greater Sydney Rams.

The athletic lock has the ability to potentially switch into the back row as well.

"I spoke with Dan Mckellar, spoke with (former Brumbies coach Stephen) Larkham and I saw his potential," Cheika told rugby.com.au.

"You look back 18 months when we brought (Adam) Coleman into the squad people thought the same thing int that first series.

"He had a few more runs on the board than Blake but still pretty new."

Scans revealed Jack Dempsey had torn his hamstring tendon, with surgery and a three to four month layoff on the horizon.

Dempsey's loss means Ben McCalman comes into the squad, adding plenty of experience with 49 Test caps, but Cheika said he'd have plenty to catch up on.

"He gives us a bit of experience and he's a very popular player among the playing group," Cheika said.

"He's going to have a bit to catch up on because he hasn't been in the squad as well, at least on the field in 2017, until this week.

"So there's a fair bit of catching up to do but he's got the experience to do it, no doubt.

If Enever was surprised, Maddocks was more so, picking up the call at a friend's 21st, after a superb Super Rugby and NRC season.

Maddocks was one of Australia's best in the U20s last year, when Cheika first noticed him, before making the transition into the Rebels.

His potential as a specialist full-back got him over the line, just edging out Brumbies fullback Tom Banks in the final selections for the tour.

Quade Cooper and Duncan Paia'aua were both overlooked, with Cheika confident Kurtley Beale and Reece Hodge would provide enough cover for Bernard Foley in the 10 position.

Cheika said tighthead Taniela Tupou would also link up with the squad after his Queensland Country campaign, with Country set to feature in the semi-finals.

Tupou will become eligible to play for the Wallabies next month.

The Wallabies will spend just three days in Japan ahead of their Test, having played on a weekend that is normally a spare one on the Wallabies calendar, keen to avoid a rush to pull together a squad.

"You've always got to prepare for what's just happened. We could've had a squad prepared and you get 2 or 3 injuries and everyone's scrambling – Blake Enever's playing today." he said.

"I think the time difference being only two hours and an afternoon kick-off there shouldn't be any problems with that.

"I think it allows us to not be rushed, allowed us time to get ourselves ready."