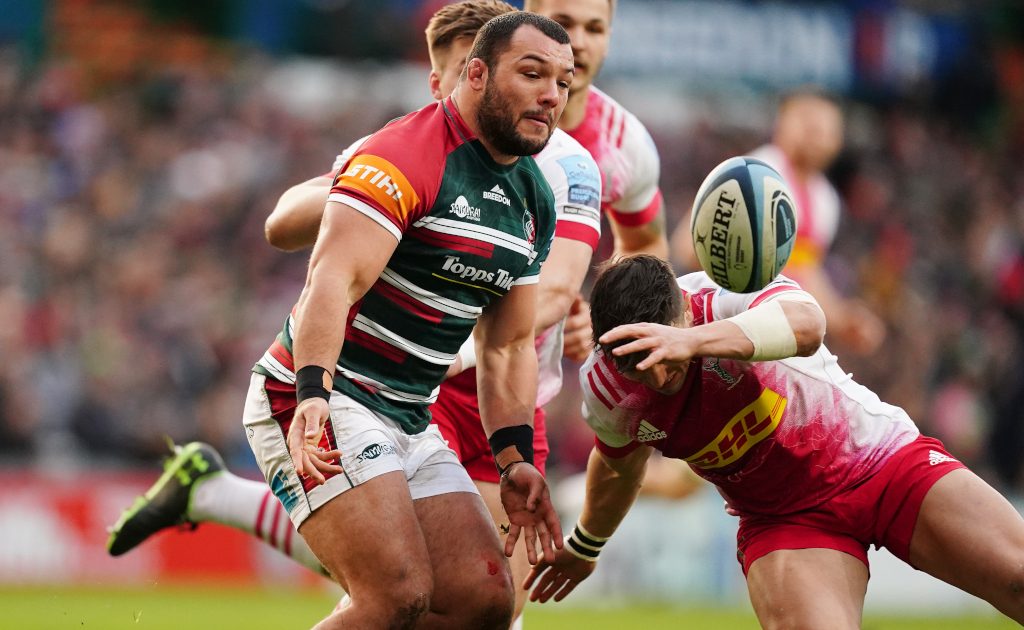 Leicester Tigers skipper Ellis Genge has applauded the work Steve Borthwick is doing at the club as they look to transfer their Premiership form into Europe.

The English pace-setters go into Saturday’s trip to Bordeaux-Begles as unbeaten leaders on the domestic front, this after beating Harlequins on Sunday.

However, arguably their toughest test of the campaign awaits, with Bordeaux currently leading the French Top 14 following just two defeats from 12 starts.

Leicester were the first club to claim back-to-back European titles, winning the tournament in 2001 and 2002.

They also reached the final in 1997, 2007 and 2009, but Tigers have not reached the knockout stage for five years, and their last Champions Cup campaign in 2018/19 saw them claim a solitary win from six pool games.

Head coach Borthwick has overseen an impressive revival in the east midlands, though, and they look set to be among the major contenders in this season’s competition.

“He is very straight up and down,” England international prop Genge said. “There is no beating around the bush.

“He is just an honest bloke. He has got his morals and stuff, which we all really respect.

“But I think one thing – and he wouldn’t like me saying it – is that he is just one of the hardest workers I’ve ever met.

“I didn’t play with him, so I can’t say that much about on the pitch, but off the pitch he is just relentless with it.

“I just respect the bloke so much for the stuff that he does behind the scenes, and he never wants any plaudits for it.

“I think we are a little bit more complete than we were last year. There is still a lot of growth in us. Hopefully, we will see that come through for us in the European Cup.

“We don’t play against these boys week in, week out. You probably just see their highlights on Instagram and stuff.

“They look pretty sharp, and it’s a different challenge for us.”

Leicester’s proud history is not lost among the current group of players, one that has seen them progress beyond the European pool stage 13 times.

And Genge added: “I think Tigers is a club that if you come to it with a bit of an ego and think you know the lot, it chews you up and spits you back out.

“I’ve five and a half years of learning about the history – I could probably rattle off everyone’s (number of) appearances, to be honest, from the board that we had in the medical room. So, I think you learn about the club.”

Harry Potter’s converted try and three penalties from the boot of George Ford helped the Tigers to an amazing ninth successive win in the league this season.

For Quins their try scorer was Louis Lynagh but Marcus Smith could not convert after adding three penalties earlier in the game, meaning they were edged.