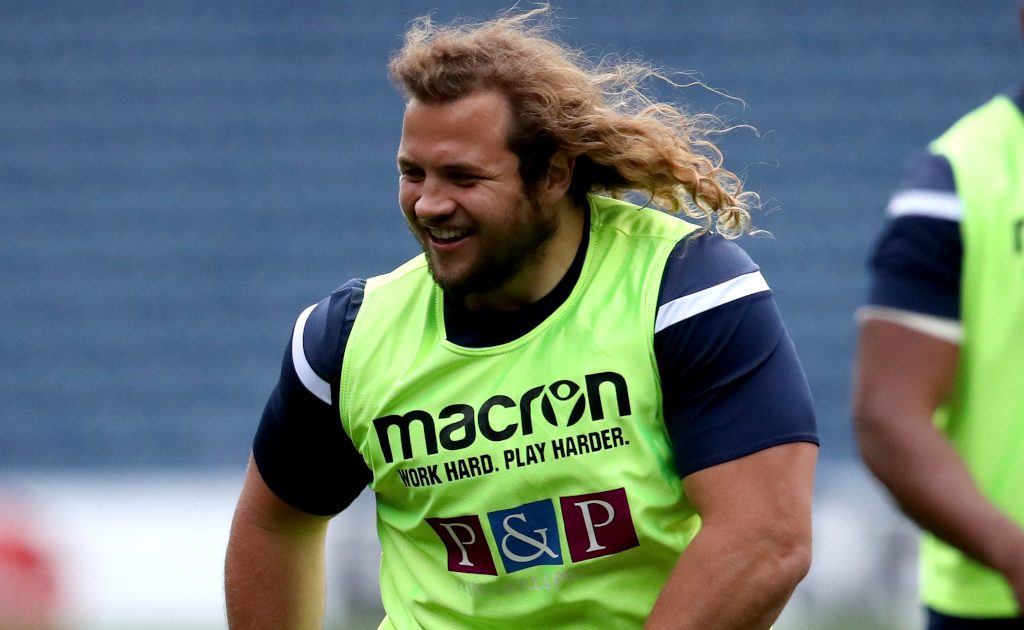 Edinburgh prop Pierre Schoeman was impressed by the Stormers as the South African team managed to secure a 20-20 draw in their United Rugby Championship clash.

After a difficult opening to the season for the South African sides, loosehead prop Schoeman believes Saturday’s result represents progress for the new outfits.

The four new teams toiled for results on the opening two weekends of the campaign.

But on matchday three, Sharks and Bulls both picked up victories, Lions suffered a narrow defeat and Stormers fought back from an early 14-0 deficit to draw 20-20 at the Dam Health Stadium.

Schoeman – from Pretoria – believes his countrymen are now getting to grips with playing regularly in the northern hemisphere.

He said: “We obviously wanted to win but it was a good game. It was physical. We know the South African sides are physical, especially the Stormers.

“It was their third game abroad so they’re getting the hang of the refs, the set-piece battles, the kicking games and the weather conditions.”

Edinburgh face more South African opposition next weekend when they host the Bulls, who beat Cardiff at the weekend.

Schoeman added: “We’ll need to be switched on. The Bulls are very physical and they pride themselves on set-pieces as well. Discipline, no soft moments and no soft tries is going to be key for us.”

Jaco van der Walt was at the heart of Edinburgh’s best moments as he set up the two tries scored by Darcy Graham and Ben Vellacott in the opening six minutes. He successfully kicked two conversions and two penalties as all of the game’s points were scored in the first half.

Coach Mike Blair said: “Jaco was excellent. He’s played with a lot of confidence over the last couple of games. I’m delighted with how he’s started the season.”

Meanwhile, Glasgow assistant coach Kenny Murray has praised Jamie Bhatti after the prop marked his 50th run-out for the club by scoring his second try in as many weeks.

The loosehead’s early crossing proved vital as the Warriors battled to a hard-fought 13-9 win over South African side the Lions at Scotstoun on Saturday.

Remarkably, Bhatti – in his second stint with the Scottish club after short spells with Edinburgh and Bath – had not crossed the whitewash for Glasgow prior to last weekend’s win over Sharks.