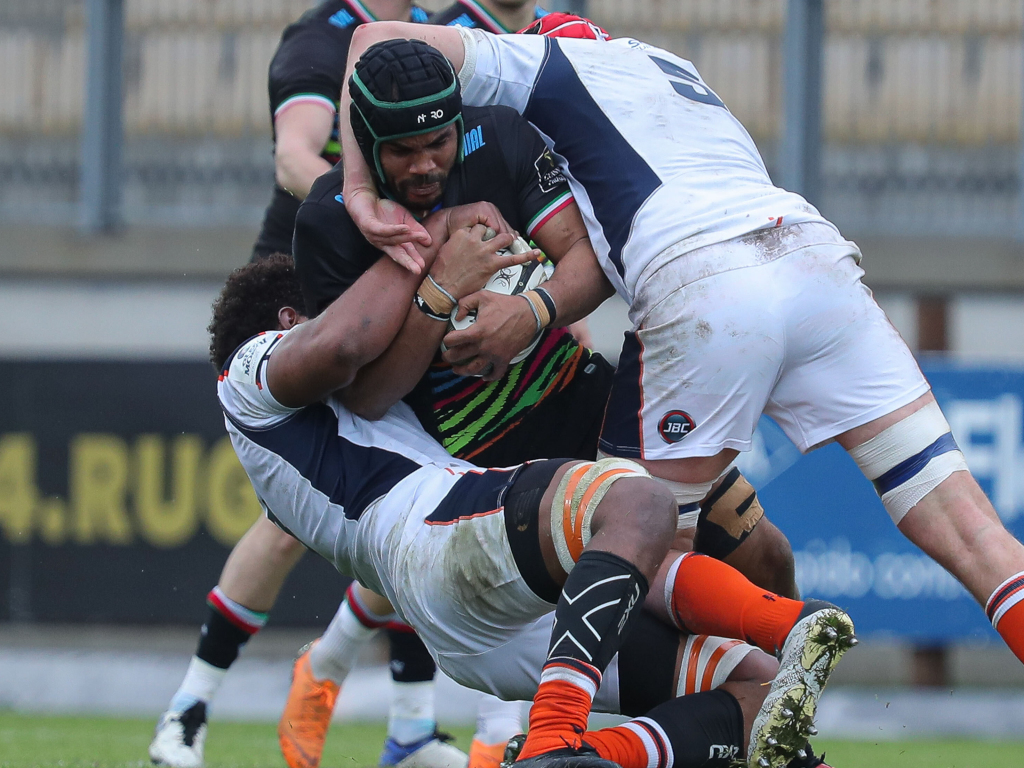 George Taylor was sent off with the visitors just six points ahead, but Van der Walt added a fourth penalty and Jamie Farndale went over to secure the win for the Scotsmen.

They were also without Richard Cockerill and Blair Kinghorn who, along with a team physiotherapist, were forced to stay in Scotland following a delay in obtaining the results of their coronavirus tests, although all three were later found to be negative.

The Scottish club put that distraction to one side to earn a hard-fought victory in Parma, despite having WP Nel sin-binned and Taylor red-carded late on.

Mark Bennett put the visitors in control with a try late in the first half, while Van der Walt was impressive with the boot.

Mick Kearney crossed for Zebre’s only touchdown as the hosts pulled level early in the second period, but Edinburgh survived twice being reduced to 14 men.

It was the visitors who applied the early pressure and Van der Walt, who along with Kinghorn signed fresh terms with Edinburgh this week, got them on the board with a fifth-minute penalty.

Carlo Canna squandered a relatively straightforward opportunity to bring the hosts level shortly after the midway point of the half, pulling wide of the left-hand upright from the tee, but atoned for that error by splitting the posts two minutes later.

An off-the-ball block from Pierre Schoeman on Renato Giammarioli ended the Italian number eight’s involvement but earned the Edinburgh prop no further punishment, before the visitors opened up a 10-3 half-time lead.

Bennett sent a kick downfield from his own 22-metre line, with Farndale winning the race to pounce on the ball and pop it back up for Bennett to run for the whitewash. Van der Walt made no mistake with the conversion.

Zebre wasted no time in restoring parity after the break, with Kearney being driven over the line three minutes into the second period and Canna adding the extras.

Van der Walt opened up the Edinburgh lead once more with two penalties in quick succession, but they were left breathing a sigh of relief when a Zebre maul powered its way over the line only for the ball to be held up.

They did not come away from that period of pressure completely unscathed, with Nel sent to the sin bin after an offside offence.

Edinburgh had to defend doggedly to preserve their lead a man light and they were dealt another setback when Taylor was sent off for a high tackle almost as Nel’s time in the bin was up.

The visitors weathered the storm, however, and denied Zebre a bonus-point as Van der Walt added another penalty and converted Farndale’s late interception try.