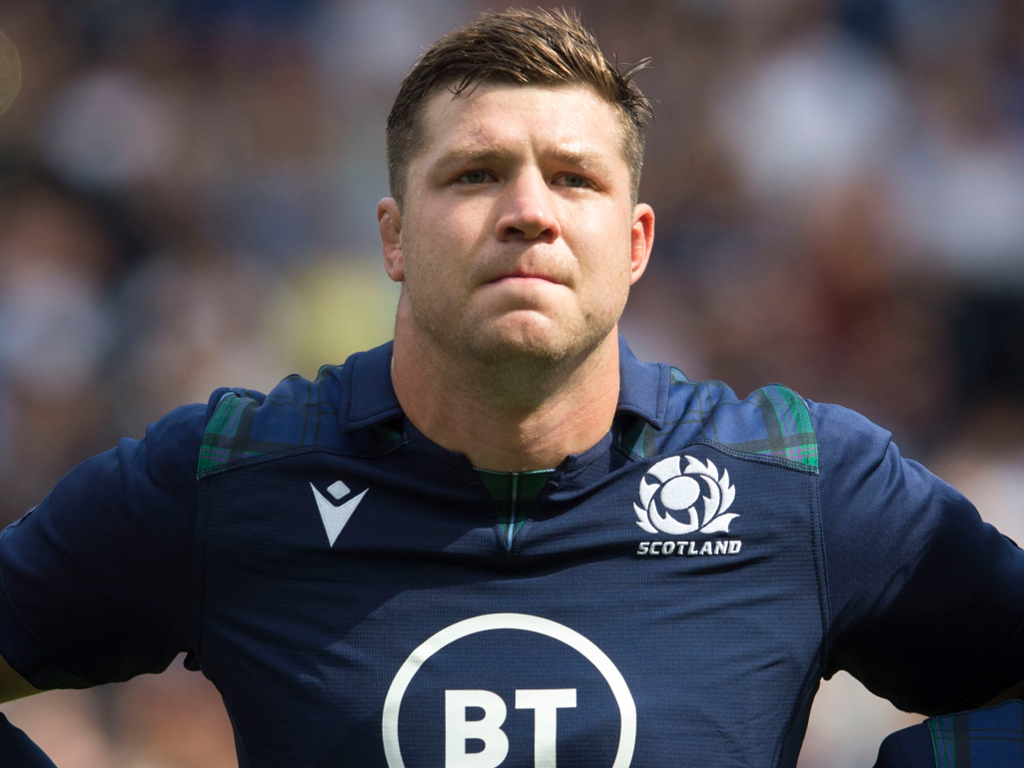 There are two PRO14 games scheduled for Friday as Edinburgh take on Cardiff Blues at Murrayfield and Leinster host Glasgow Warriors in Dublin.

Shiel is selected alongside a revamped centre pairing that sees George Taylor and James Johnstone named in midfield for the Conference B clash.

The Scottish capital club welcome back Scotland internationals Grant Gilchrist and Jamie Bhatti to the forwards in the only other alterations to the side that claimed a bonus-point win over Connacht last weekend.

An unchanged back three sees Damien Hoyland continue at full-back with wings Duhan van der Merwe – a try-scorer in his last five consecutive fixtures – and Eroni Sau once again named on the flanks.

Centres Taylor and Johnstone form an all-new midfield pairing, with fly-half Simon Hickey – who contributed 12 points from his boot in last weekend’s win over Connacht – and the aforementioned Shiel combining at half-back.

Prop duo Bhatti and Simon Berghan are released from Scotland’s Six Nations squad and pack down alongside hooker Mike Willemse in a rotated front-row.

Scotland lock Gilchrist – who skippers the side – links up with Lewis Carmichael in the second-row, as an unchanged back-row trio sees Nick Haining, Luke Crosbie and Viliame Mata complete the pack.

Meanwhile, Cardiff Blues welcome Aled Summerhill back from injury as they make five changes for this match.

John Mulvihill’s side travel to the Scottish capital looking for back-to-back wins in the Championship, but face a tough prospect against the in-form Conference B leaders.

Richard Cockerill’s side claimed victory in the reverse fixture at the Arms Park in October, courtesy of a Mark Bennett try and the boot of Jaco van der Walt. However, Wales’ Capital Region will be targeting a fifth consecutive victory in the Scottish capital.

Summerhill, who has five tries to his name this season, suffered a hamstring injury in the Challenge Cup victory over Calvisano in January.

The wing, who replaces Ryan Edwards as the only change amongst the back-line, joins Hallam Amos and Jason Harries in the back three, after the duo starred in Sunday’s bonus-point win over Benetton.

Wing Harries returns to Murrayfield to face his former club, having scored two tries in this fixture last season as the Blues claimed a memorable victory in the Scottish capital.

Garyn Smith and Ben Thomas continue their partnership in midfield, as former Edinburgh fly-half Jason Tovey links up with Lloyd Williams at half-back.

There is a new-look front-row, with Brad Thyer, Kristian Dacey and Dmitri Arhip all returning to the starting XV.

Rory Thornton replaces James Ratti in the second-row to combine with Seb Davies, who dotted down in Cardiff’s recent win over Benetton. An unchanged back-row of Shane Lewis-Hughes, Olly Robinson and Josh Turnbull complete the pack.

Another player returning from injury is Kirby Myhill, who is named on the bench and is set to feature for the first time in 2020.

Also included as a replacement is lock Ben Murphy, who could feature for the first time this season, having also impressed when featuring for Merthyr in the Indigo Group Premiership this season.

20-year-old Ryan Baird showing his athleticism for Leinster against the Ospreys last night.

Baird was one of Ireland's development players before the Scotland clash in this Six Nations. #PRO14 pic.twitter.com/dST2Emujde

Leinster head coach Leo Cullen has retained seven of last week’s XV that won away from home against the Ospreys. This week he starts two players from the academy and also welcomes back some of the individuals released from the Irish set-up.

Hugo Keenan starts at full-back with Dave Kearney coming in on the right wing and James Lowe continuing on the left.

Luke McGrath starts this week in the number nine jersey with Leinster academy back Harry Byrne also coming in at fly-half.

Peter Dooley and Michael Bent are again selected as the starting props but Seán Cronin starts at hooker this weekend.

In the second-row Scott Fardy is again selected to captain the side and is joined at lock this week by youngster Ryan Baird.

The back-row is try-scorer from last week Josh Murphy at blindside with Will Connors coming in at the openside and Max Deegan at number eight.

Meanwhile, Glasgow welcome back tighthead prop D’arcy Rae for the clash at the RDS, with the Scotland international set to make his first appearance for the club since the two sides met at Scotstoun at the end of November.

Rae’s inclusion in Dave Rennie’s matchday 23 means it will be a squad containing 15 internationals making the short trip across the Irish Sea for the encounter, as five players return to club duty in the second fallow week of the 2020 Six Nations.

After his shift against the Dragons last time out, Aki Seiuli continues in the front-row alongside Rae and the returning figure of George Turner at hooker.

An unchanged second-row sees Rob Harley and Tim Swinson combine for the second match in succession, the latter having recorded his first try of the season in last Saturday’s victory.

Ryan Wilson will captain the side from the blindside flank, with the 30-year-old joined in the back-row by a pair of players returning from Scotland camp in the form of Tom Gordon and Matt Fagerson.

Pete Horne continues at fly-half for a third successive outing, once more linking up with younger brother George in the half-backs.

The midfield combination of Nick Grigg and Huw Jones is retained by Rennie and his coaching staff, following a solid outing in both attack and defence against the Dragons.

Kyle Steyn’s return on the wing means it’s the same back three that helped to put 50 points on Zebre a fortnight ago, as the Scotland 7s flyer once again links up with Tommy Seymour and Glenn Bryce.

After his player of the match outing against the Dragons on Saturday, Jamie Dobie retains his place in the matchday squad by offering scrum-half cover from the replacements bench.

The club’s two most recent debutants are also included once more, with Ewan McQuillan having made his first appearance in a Glasgow match last time out to follow in the footsteps of Mesu Dolokoto a week previously.

Alex Allan completes the front-row replacements, whilst Andrew Davidson and Callum Gibbins cover the back five of the scrum.

Ruaridh Jackson and Niko Matawalu round out the replacements, the former having dotted down for a brace against Leinster at Scotstoun earlier this season.