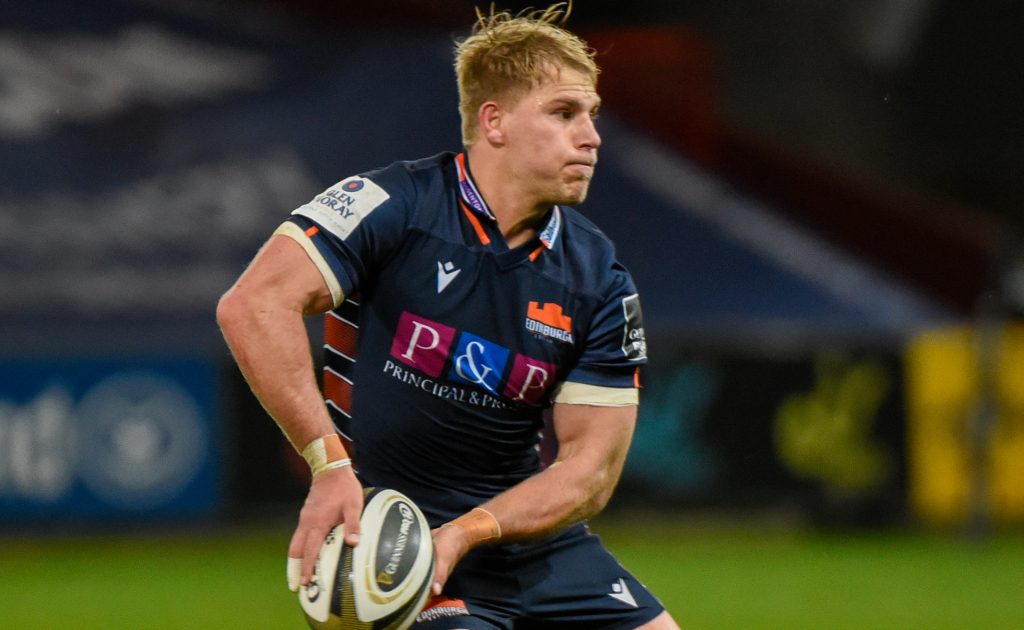 Edinburgh and the Stormers could not be separated as their United Rugby Championship clash ended all square at the DAM Health Stadium.

The hosts made a blistering start as they raced into a 14-0 lead after just six minutes, with Jaco Van der Walt instrumental.

However, the Stormers refused to capitulate and fought back strongly to ensure the match was tied at 20-20 by half-time.

Remarkably, after such an action-packed first half, there were no points for either side after the break as they had to settle for two points apiece.

Mike Blair’s side got off to the perfect start with a superbly worked try in the third minute when Darcy Graham touched down left of the posts after being set up by Van der Walt, who then did the honours with the conversion.

Van der Walt was in the thick of it again in the sixth minute as he laid it on a plate for Ben Vellacott to race between the posts. Van der Walt made no mistake in converting once more as Edinburgh opened up a quick-fire 14-0 lead.

The Stormers could easily have wilted amid the hosts’ whirlwind start, but they got themselves right back in the game in the eighth minute when Warrick Gelant forced his way over the line after collecting an offload from Scarra Ntubeni.

The visiting number 10 then pinged a penalty between the posts to reduce the deficit to 14-10 in the 14th minute.

But the spirited Stormers levelled the match six minutes later when Paul De Wet crossed the line after being set up by good work from Evan Roos before Swiel converted.

Van der Walt and Swiel then exchanged penalties in the closing five minutes of a thrilling first half as the two sides went in all square at the break.

After the interval, the two teams were unable to maintain the breathtaking pace of the first half and ultimately cancelled each other out.

Cardiff slipped to a 29-19 United Rugby Championship defeat to the Bulls as the South African outfit chalked up their first win in the competition at the Arms Park.

Matthew Screech crossed for Cardiff’s only try of the game, with Rhys Priestland contributing 14 points from the kicking tee.

Connacht’s inconsistent form struck again as the Dragons prevailed 35-22 to impressively chalk up their first win at the Sportsground since May 2004.

Although Dragons full-back Jonah Holmes scored the only try of the first half, four penalties from Jack Carty had Connacht 12-8 ahead at the break.

However, the Welsh side were clinical after that, with Jordan Williams, Mesake Doge and Holmes again all crossing. Influential fly-half Sam Davies booted 15 points.

Connacht replied with tries from Mack Hansen and Conor Fitzgerald, but there was no denying Dragons their first victory since April.

Glasgow Warriors edge out the Lions

Glasgow dug deep to hold off a spirited second-half comeback bid from the Lions in their United Rugby Championship clash at drizzly Scotstoun.

Danny Wilson’s team made a strong start to the match and looked equipped to pull away and notch another convincing win over South African opposition after last weekend’s defeat of the Sharks.

However, the Lions refused to buckle and kept themselves in the match right to the very end before succumbing to a narrow 13-9 loss.

For the Warriors, Jamie Bhatti crossed the whitewash with Ross Thompson adding the extras and the fly-half also succeeded with a penalty in each half which helped his side to victory in the end.

All the Lions points came via the boot of EW Viljoen, who slotted three penalties.

Leinster put Zebre away in the second half to claim a 43-7 bonus-point win in the United Rugby Championship.

Adam Byrne marked his first appearance since December 2019 with two tries, although it was only 15-0 at half-time as Leinster – back at the RDS for the first time this season – struggled to turn their 70 per cent share of possession into points.

Unconverted efforts from Scott Penny and Jordan Larmour had started the scoring, but Zebre defended stoutly, with Renato Giammarioli making a dozen tackles.