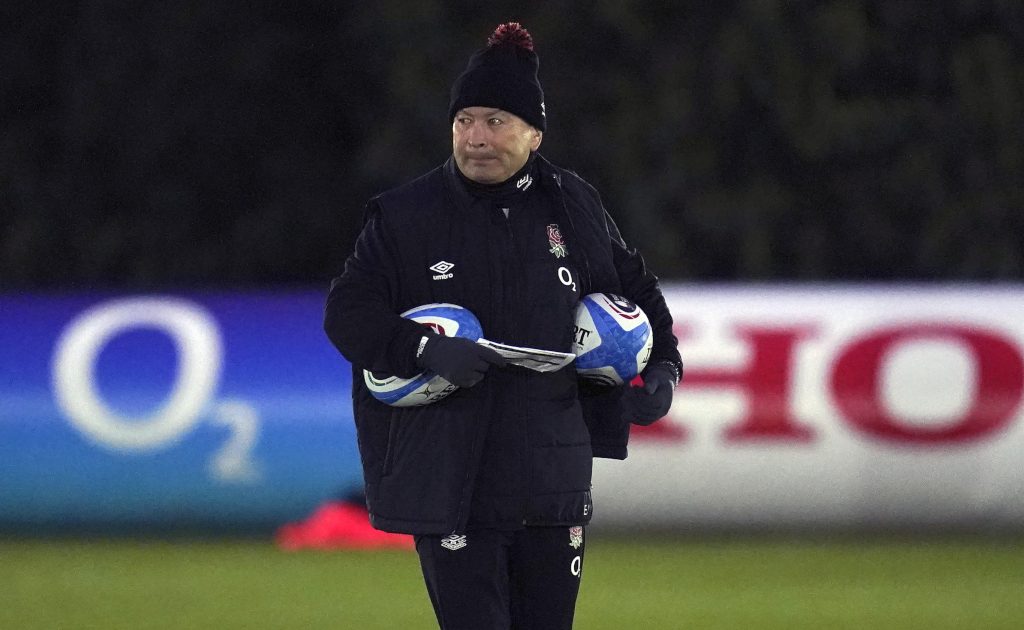 England head coach Eddie Jones claims he has no regrets after taking Marcus Smith off for George Ford during their loss to Scotland at Murrayfield that saw the hosts retain the Calcutta cup.

Jones prefers to read the game and make substitutions off “gut feel” rather than employing a specific pre-planned strategy around replacements.

The 62-year-old coach has faced criticism for removing Smith, who scored all 17 points in the 20-17 loss, in the 63rd minute. The pendulum seemed to just swing back in England’s favour after the young superstar crossed the try-line minutes before being removed.

A penalty try conceded by hooker Luke Cowan-Dickie complicated the game and was central to Scotland regaining momentum in the match, however, Smith’s substitution is the greatest cause for debate.

Sir Clive Woodward and Danny Cipriani view it as a blunder, while Tabai Matson – Smith’s Harlequins boss – felt it was pre-meditated.

Jones is still satisfied with the call he made, however, and said: “I’m in charge of it so my opinion is the only one that counts. We have a plan, like very coach does, but we adjust it to what is happening in the game.

“I don’t have any regrets about what happened on Saturday in terms of the replacements we made.

“There were a number of circumstances that happened… as you know, we got a yellow card which upset the apple cart a little bit and which we weren’t planning on.

“The big thing for me is that we have got a squad of 23 and we want to maximise the squad of 23. How much time a replacement gets depends on the performance of the starting guy and what he has been showing at training.

“We are always weighing those things up, looking at the game and it’s quite a complicated equation of what we look at and it’s not as simple as maybe it is made out to be.

“We get basic stats on actions, but they don’t tell us any more than we know. We don’t get any live GPS because of the stadiums – we don’t have the technology to do that.

“Information, in reality, hasn’t changed much for 25 years during the game. It’s about your observation, your gut feel, which is based on some data.

“For instance, each of the players have a stress signal of when they’re tired. We learn that about the players.

“When we take a player off it’s because they’ve shown us they’re in physical distress and don’t have much left in the tank. There’s a little bit of science, but a lot of it’s still gut feel.”

When asked if Smith was showing signs of distress, Jones replied: “His was more… again I’m not going to go back into the game, but I felt at that stage, we needed to change things.”

England hope to have Lewis Ludlam back from a rib injury for the round three clash with Wales, but the Northampton flanker is definitely ruled out of Sunday’s trip to Italy.

Courtney Lawes is unlikely to be involved in Rome as he continues to recover from concussion, but veteran lock Joe Launchbury has been recalled to the squad after overcoming a serious knee injury.