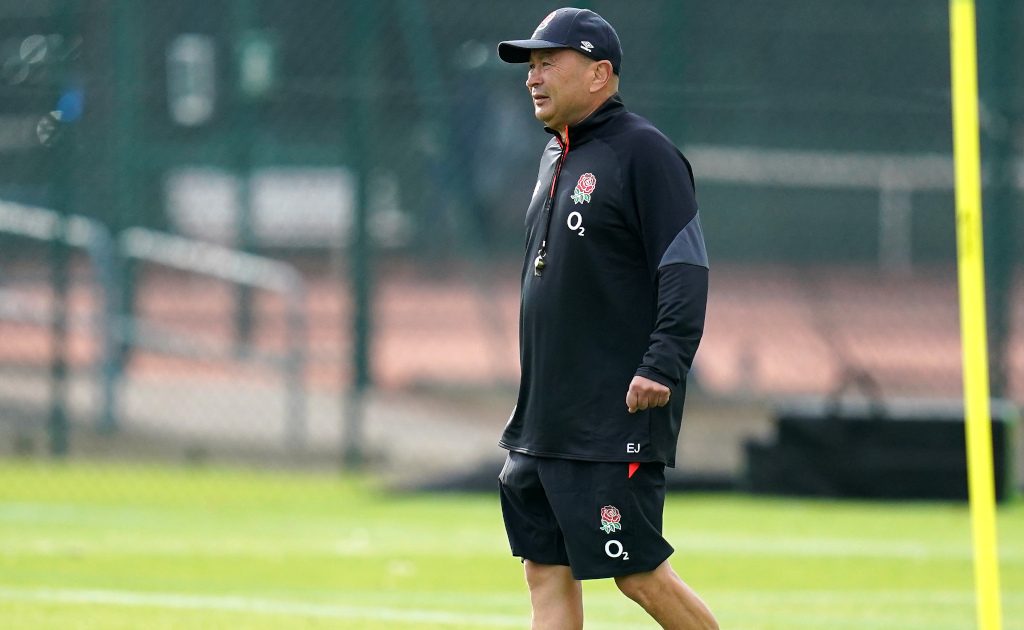 England head coach Eddie Jones has laid down the challenge to his dropped stalwarts to display plenty of hunger if they want to be involved in the World Cup.

Jones once again left out the Vunipola brothers, Jamie George and George Ford as he named a 34-man squad that will face Tonga, Australia and South Africa.

In removing 276 caps, two Test British & Irish Lions and four mainstays of his reign – all of them resurgent for their clubs this season – Jones has shown a ruthless disregard for reputation as planning for France 2023 begins in earnest.

Trio have excelled for Saracens

Forwards Billy and Mako Vunipola and George have been left out despite excelling for Saracens since their initial snub from the extended training squad named a month ago.

Ford’s generalship has been a key factor behind Leicester’s emergence as runaway Premiership leaders after five rounds but the fly-half also remains on the outside.

All could yet return from exile, but Jones must first be convinced of their motivation for another tilt at rugby’s greatest prize.

“We now have a number of players who’ve been through two World Cup campaigns,” former Australia coach Jones said.

“With the third World Cup campaign, my experience tells me that some players can want to go to the World Cup but they don’t really have the will to prepare to win the World Cup.

“It did strike me the experience I had with Australia, post 2003. I kept some players on longer than I should have and that’s probably weighed in the selection choices that I’ve made in the last six months with England.

“One of the things I’m looking at is those players who’ve already been to two World Cups, whether they’ve got the will to prepare to win.

“We could have the most experienced side at the World Cup but whether they’ve got that will to go that extra 10 per cent and find that discretionary effort… that’s something I’m trying to find out at the moment.”

Jack Nowell, the Exeter wing with a lengthy injury history, and Wasps scrum-half Dan Robson have also been jettisoned ahead of a campaign that opens against Tonga at Twickenham on November 6.

Joining them are the less established Ollie Lawrence, Louis Lynagh, Joe Marchant, Lewis Ludlow and Beno Obano, who have been axed after winning places in the initial training group announced last month.

But it is in abandoning – at least for the time being – his old guard that Jones has acted to register the most decisive and uncompromising selection call of his reign.

“At the moment I feel they need to regenerate and rejuvenate. They need to add things to their game if they’re going to continue to the next World Cup,” said Jones, who confirmed that Owen Farrell will continue as captain for the autumn.

“They understand that and we’ll see how they progress over the next period of time. The door’s not closed to them, it’s always open.

“If they can tidy up their games in certain areas and come back with the right desire, the opportunities are going to be there for them.”

Maro Itoje (shoulder), Anthony Watson (knee) and Luke Cowan-Dickie (ankle) were injured during the weekend’s Premiership action and Jones revealed that they will undergo scans this week.

Meanwhile, Leicester Tigers head coach Steve Borthwick has backed Ford to continue to respond well after he was once again overlooked for the England squad.

Hailed as “a phenomenal professional” by his club boss, Ford has missed out on England’s Autumn Nations Series squad, despite performing well for Leicester.

The playmaker has been instrumental in Leicester’s impressive start to the season as they sit top of the Premiership table after winning five straight matches.

Leicester are currently seven points clear at the summit and have made their best start to a Premiership season since the competition began 24 years ago.

Ford, who has won 77 caps during an England career that began in 2014, is also the Premiership’s top points-scorer this term.