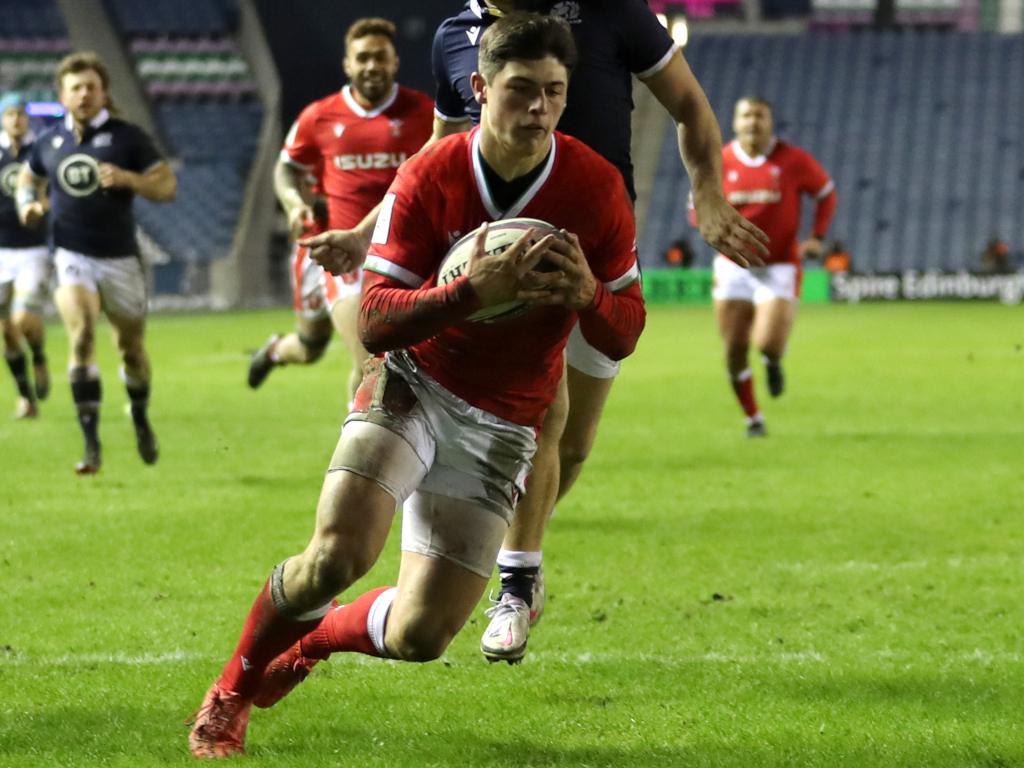 Eddie Jones attempted to persuade Louis Rees-Zammit to choose England over Wales and having failed in his pursuit, he hopes the wing’s explosive development stalls on Saturday.

Rees-Zammit’s duel with Gloucester team-mate Jonny May promises to be one of the highlights of the round three Six Nations title clash at the Principality Stadium.

Although one of the quickest wings in the game, May admits that “on a good day I can just about keep up with Louis. He’s incredibly fast, as fast as I’ve come across”.

Rees-Zammit’s clinical finishing has been underlined by a haul of four tries in six Wales appearances, including two in the recent victory over Scotland, and Jones knew from an early stage the 20-year-old was a talent worth courting.

“I gave him a ring. I heard he was very Welsh and wanted to play for Wales and said if he was interested, we would be,” Umbro ambassador Jones said.

“He had to do five years qualification in terms of residency and a young guy like him is not going to sit around for five years.

“I wished him good luck and I’m pleased he’s doing well – I just hope he does not do too well against us.

“Like any young player, there are areas of his game he is deficient in and we have to be good enough to find those areas. I am sure Jonny will share his thoughts on him and we will talk to him.

“Louis is progressing nicely and Jonny has been at the top of his game for three or four years, he was close to being the best left wing at the World Cup. Jonny constantly scores tries out of nowhere. It will be a great match-up.”

That's how you win a #SixNations thriller in style. pic.twitter.com/fWRRtTdhul

Meanwhile, Jones has hit back at a claim by England’s most capped full-back Mike Brown that his players are afraid to challenge the Australian head coach, adding “everyone has heard the scare stories and you don’t want to get on the wrong side of him”.

Jones said: “How do you know they have not been challenging me? It was a surprising comment by Mike. We have a shared responsibility here. There is a forum for players to speak up.

“It would be hard for me to say we have a dictatorial situation, which is what Mike Brown is alluding to. He is entitled to his opinion.

“Within our team, we have shared responsibility and do not hide away from that. I will give them a direction but ultimately the players decide the direction we go in.”