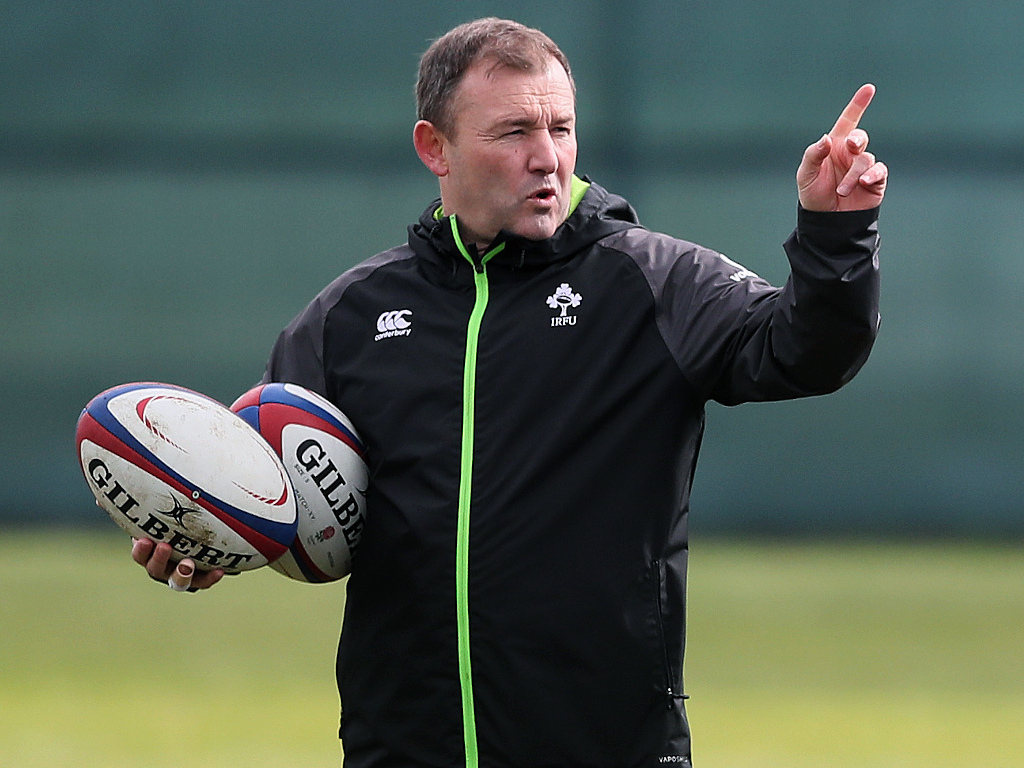 England head coach Eddie Jones has been accused of “playing games” and throwing “bombshells over the wall” ahead of the Autumn Nations Cup clash with Ireland.

Jones attempted to unsettle his rivals by questioning the scrummaging technique of prop Andrew Porter and making playful remarks about the number of foreign-born players in Andy Farrell’s squad.

Ireland kicking coach Richie Murphy has grown accustomed to the Australian’s psychological jabs and, while he deems them worthy of little consideration, believes the Porter comments are a sign of admiration.

“I think Eddie Jones is just playing games in that situation. He obviously thinks Porter is a very good player, which he is,” said Murphy.

“No one has ever come to us and made comments about Porter’s scrum technique, so we’ve no issues, we’ve had no feedback from World Rugby in relation to what he does, so it’s just one of those games.

“He (Jones) seems to like to throw a few little bombshells over the wall. We don’t focus on any of that.

“We know what we need to control and what we can control. We just move on with that.”

Porter gave Wales a torrid time at the scrum during a resounding 32-9 victory in the opening round of the tournament.

Yet Jones has misgivings about the Ulster player’s approach, describing it as “unusual” and suggesting French referee Pascal Gauzere may be required to intervene at Twickenham.

🏴󠁧󠁢󠁥󠁮󠁧󠁿 England should make it four in a row against Ireland. #ENGvIRE

✍️ Check out our match preview for this #AutumnNationsCup fixture. 👇 https://t.co/vpssZQ4KjG

Murphy feels there is no need for Ireland’s coaching staff to justify those selections and is convinced the diversity does not cause division within the camp.

“To tell you the truth, we think of all of our players as being Irish. They’ve been in the country, they are members of their local communities, and we just get on with it from there,” said Murphy.

“When the guys come in and play for Ireland, they are in a situation where they are more than happy to do that and they take on the challenge as if they were anyone else.

“I can’t say how they actually feel but, from a coaching point of view, they fit into the group really well and they’re taking us forward.

“There’s no ‘us and them’, it’s Ireland as a squad, including the management.”