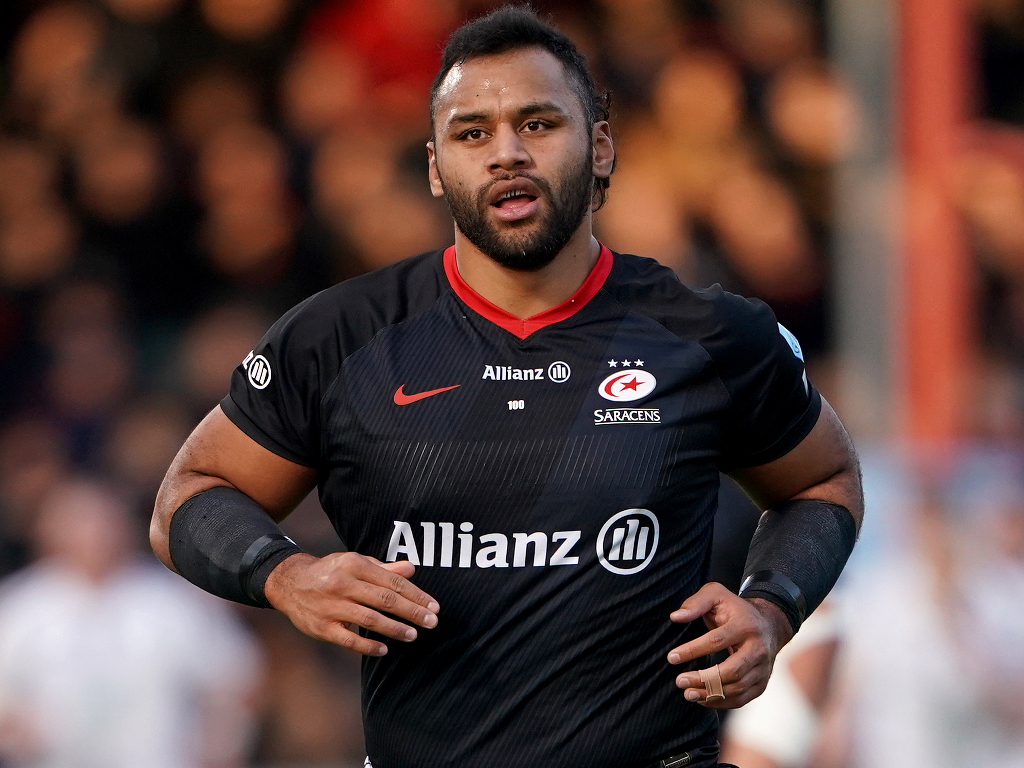 Billy Vunipola completed Saracens’ first match since their relegation from the Premiership but the England number eight was powerless to prevent Ealing emerging 27-26 winners.

The weekend’s only game involving an English team at any level saw Vunipola take centre stage in front of Eddie Jones in his maiden outing since the final of the Autumn Nations Cup last month.

Saracens have placed the remainder of their England contingent on bespoke training schedules akin to pre-season, with the aim of ensuring they are ready for the Six Nations opener against Scotland on February 6.

Only Vunipola was in action, with his director of rugby Mark McCall stating that he benefits from playing as frequently as possible, resulting in his selection for the Trailfinders Challenge Cup opener.

It was a quiet afternoon for the back-row giant, who made little impression on Ealing in a competition that serves as a curtain raiser to Saracens’ quest for an immediate return to the Premiership.

Ealing took advantage of their moment in the spotlight created by the cancellation of the final two rounds of Europe’s group stage because of the French government’s fears over COVID-19 by toppling the trophy-laden visitors.

Trailfinders crossed first when fast hands sent Angus Kernohan over but the try was made possible by a dummy from scrum-half Craig Hampson that deceived a visiting defence that was pinned close to their line.

Otherwise all the points in a tight opening quarter were supplied by penalties from fly-halves Craig Willis and Will Hooley.

Vunipola became increasingly involved as the half progressed, carrying into heavy traffic and barrelling into the breakdown, but Saracens met with stiff resistance from fired-up opponents.

As half-time approached, their big ball-carrying forwards began to make an impact and it was the steam-roller approach that created field position for their first breakthrough.

A solid five-metre scrum saw Vunipola pop a pass to Aled Davies and the speed of the play outwitted Ealing as full-back Elliot Obatoyinbo dived over.

Trailfinders finished the half with a flourish and went close early in the second before sustaining pressure on the visiting line by winning a Saracens scrum and then battering away.

The assault ended when hooker Alun Walker forced his way over, but the score only served to ignite McCall’s men and they began attacking with greater purpose until replacement front-row Kapeli Pifeleti finished a line-out maul.

But the game tilted on its axis again when Walker grabbed his second with Willis converting to put Ealing beyond reach.

Saracens hooker Tom Woolstencroft finished a forward assault from a short-range free-kick, but the match had already entered stoppage time.