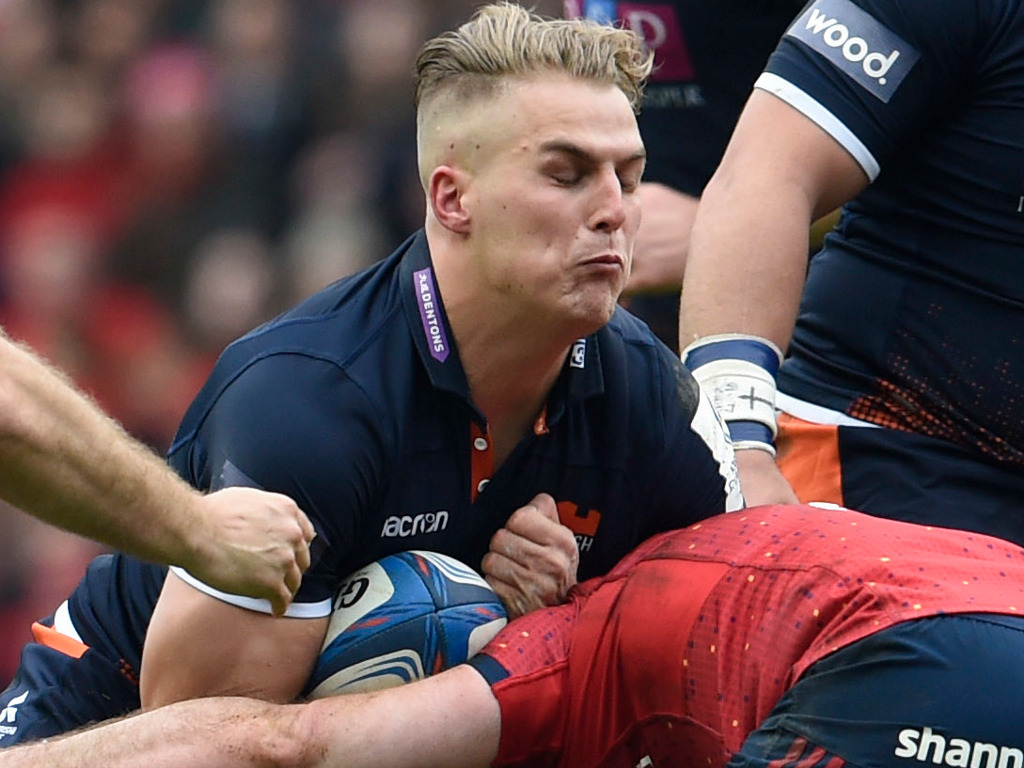 Edinburgh have been handed a massive boost ahead of Saturday’s Challenge Cup match against Agen at Murrayfield with the re-signing of star wing Duhan van der Merwe.

Van der Merwe, 24 – who joined the club from Montpellier in the summer of 2017 – extends his stay in the capital after so far scoring 28 tries in 53 appearances.

“It’s clear that big things are happening at Edinburgh Rugby and it’s an honour and a privilege to be a part of this club’s journey.”

Edinburgh head coach Richard Cockerill, added: “Duhan, on current form, is one of the most dangerous attacking players in Europe, so we’re obviously delighted to see him re-sign with the club.

“At 24, he’s still a young man, and his game is improving all the time. We’re excited to see him continue to score tries for Edinburgh Rugby in the seasons to come.”

387 – @EdinburghRugby’s Duhan van der Merwe is the top metre maker in the @ERChallengeCup this season, gaining 387 metres from just 26 carries at an average of 15 metres per carry, while only Rey Lee-Lo (23) has beaten more defenders than van der Merwe (22). Committed. pic.twitter.com/tqELphrXvC

Former Springbok age-grade international Van der Merwe made his debut against the Cheetahs in November 2017 and immediately affirmed his popularity among the capital support.

Van der Merwe notched up 10 tries in 18 appearances during his maiden season at Murrayfield, which saw him pick up the club’s Best Newcomer award as Edinburgh qualified for the PRO14 Final Series for the first time in its history.

The 6ft 4in wing’s scoring exploits continued in 2018/19 as Edinburgh returned to the Champions Cup for the first time in five years.

Van der Merwe’s late try at Kingston Park secured a memorable win over Newcastle Falcons in Europe, while his brace of intercepted scores against Glasgow Warriors were the difference in an unforgettable 1872 Cup victory at Murrayfield in December 2018.

After finishing the 2018/19 season with another haul of 10 scores – taking his total to 20 tries – Van der Merwe has begun the current campaign in scintillating form.

With yet another brace of scores in the 31-20 Challenge Cup win over Wasps – that saw him named Man of the Match – Van der Mere hit a total of 25 tries for the club in just 49 matches, a feat only bettered by Tim Visser, who reached a quarter-century in 46 games.

Van der Merwe currently tops both the PRO14 and European Challenge Cup stats for metres gained (599m and 387m), while he has beaten the most defenders (45) and made the most clean breaks (18) after ten rounds of league action.

The wing scored his 28th try for the club in Saturday’s Challenge Cup defeat to Bordeaux-Bègles, elevating him to fifth place on the club’s all-time scoring list.