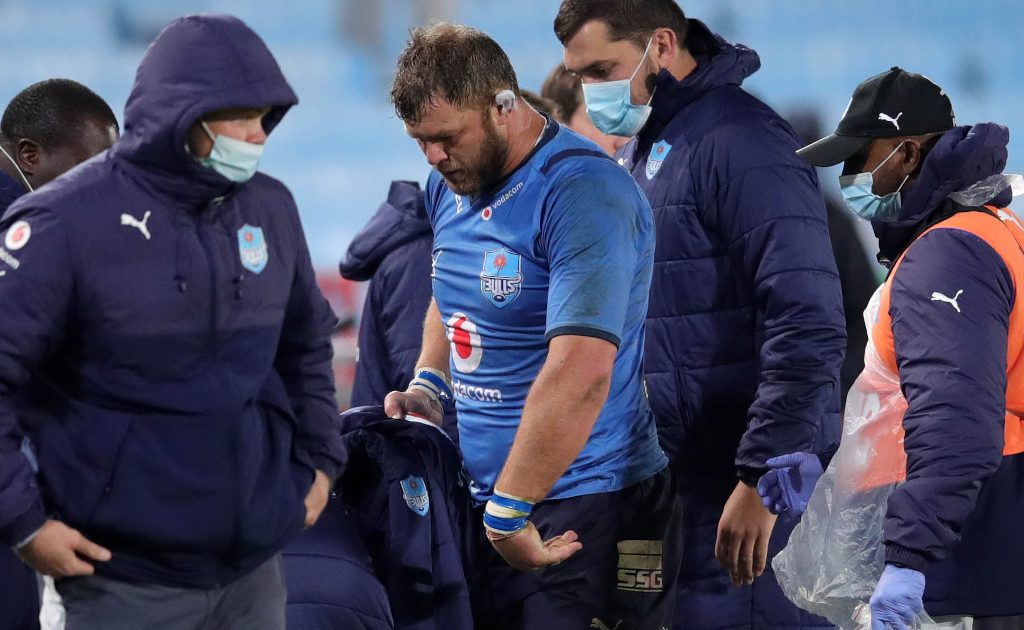 The Bulls scored a last-gasp try to strengthen their grip on top spot in the PRO14 Rainbow Cup SA with a 31-27 victory over the Stormers.

Tim Swiel opened the scoring from the tee before converting Damian Willemse’s touchdown as the Stormers opened up an early 10-0 lead, but Marcell Coetzee’s try helped reduce the deficit to three after Willemse was sent to the sin-bin for a deliberate knock-on.

Another deliberate knock-on earned Rikus Pretorius a yellow card, leaving the Stormers temporarily down to 13 men, but the Bulls could not take advantage and had two tries disallowed before the end of the half.

It was the Stormers who re-established a 10-point cushion at the midway point thanks to Edwill van der Merwe’s try, but Johan Grobbelaar crossed twice at the beginning of the second half as the Bulls went in front for the first time, leading 21-17.

On-loan wing Rosko Specman teed up Swiel for a try that edged the Stormers back in front by a point and, after David Kriel had a score chalked off and Steyn split the post with a penalty, Van der Merwe put the Stormers back in control with a stretch for the line in the corner.

However, Ruan Nortje went over in the 80th minute for a try that sends the Bulls eight points clear at the summit with one game to play, with the Sharks – nine points adrift but with a game in hand – set to visit the Lions on Saturday.

The match came at a physical cost, with World Cup winners Duane Vermeulen and Herschel Jantjies both forced off injured for the Bulls and Stormers respectively in the first half. The Springboks name their squad for the British and Irish Lions series on Saturday.