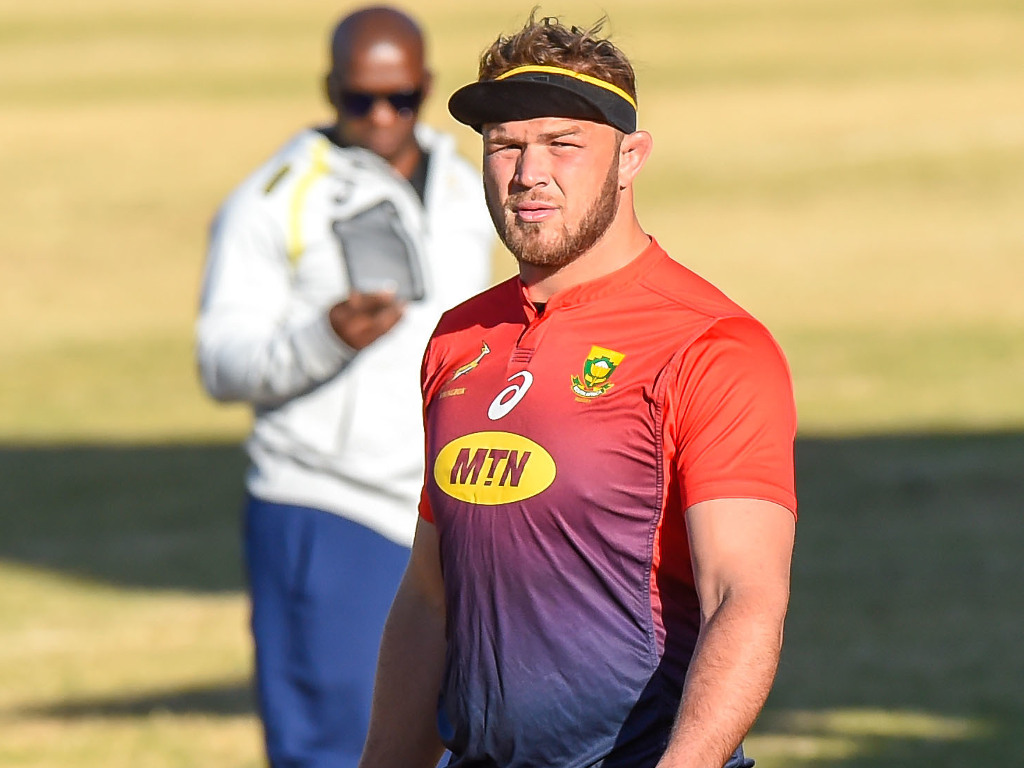 South Africa will field a strong matchday 23 when they take on arch rivals New Zealand in their opening Rugby World Cup match in Yokohama on Saturday.

Springboks head coach Rassie Erasmus on Wednesday named the same starting XV and eight replacements that defeated Japan 41-7 in Kumagaya two weeks ago for the eagerly awaited clash against the All Blacks. It is the first time since the last Rugby World Cup that the Springboks will field an unchanged squad.

The combination also fought to a 16-16 draw with the same opposition in Wellington before beating Argentina, 46-13, in Salta on their way to winning the Rugby Championship. The one exception is fit-again captain Siya Kolisi, who replaced Kwagga Smith to lead the side out against Japan.

The last time South Africa named an unchanged 23 was 51 matches ago – against New Zealand in the 2015 Rugby World Cup semi-final. The combination had beaten Wales 23-19 in the quarter-final, only to lose at Twickenham by two points a week later.

“We’ve found some consistency and some momentum in a number of ways this season and one of them is in selection,” said Erasmus.

“We have 31 players in the squad, any of whom I would be happy to select – as well as standby players back home – but this is a line-up that has worked well as a starting combination and one with real momentum to come from the bench.

“They have emerged together over the past 18 months as our game has developed and matured.

“We’re continuing to develop and new players are always pushing a claim but we’ve prepared well and we’re looking forward to what will be another extremely close match.”

Vermeulen, who made his debut in 2012, will win his 50th cap in a starting XV with three other half-centurions (Willie le Roux, Pieter-Steph du Toit and Eben Etzebeth), while there are a further three on the bench (Tendai Mtawarira, Francois Louw and Frans Steyn).

Only three of the starting XV have played fewer than 25 Tests (Cheslin Kolbe, Lukhanyo Am and Makazole Mapimpi) while only replacement scrum-half Herschel Jantjies was not capped before this season.

This is the fifth meeting between the teams at the Rugby World Cup. The Springboks won the 1995 final and 1999 bronze medal match while New Zealand took the 2003 quarter-final and 2015 semi-final.

Apart from New Zealand’s comfortable 29-9 win in Melbourne in 2003, the margin of victory in the other three matches was by four points or fewer. Similarly, the last four matches in the Rugby Championship between these teams has been decided by two points or fewer.

“Our last three matches have ended in stalemate, one win each and a draw, for an aggregate score of 82-82,” said Erasmus.

“You couldn’t say there is a favourite. I think we have a healthy respect for each other’s capabilities but it will come down to a small moment to decide a big game in the end, I suppose.

“Our job is to focus on executing our plan and our skills to the best of our ability and hope that that is enough to overcome a New Zealand team that will be doing exactly the same.”