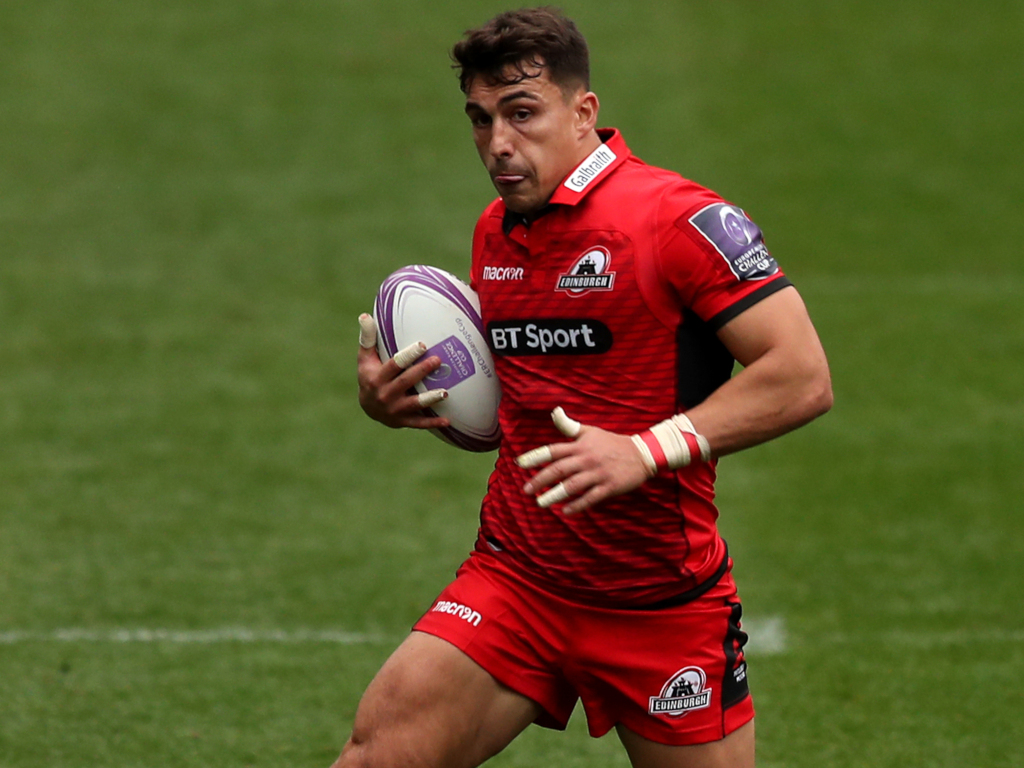 Edinburgh have been handed a double boost after wing Damien Hoyland inked a new deal while Jamie Farndale has signed a permanent contract.

Scotland international Hoyland has become the latest player to re-sign with the club after penning a new deal with the Murrayfield outfit.

Hoyland, 26, has made eight appearances this season, scoring one try, and has enjoyed a return to form following two injury hit seasons.

He is now in his sixth season at the club and has scored 21 tries in 71 appearances since joining them from Borders side Melrose in 2014.

On re-signing, Hoyland, said: “I’m delighted to have committed my future to my home club. We’re on the brink of achieving something special here and I’m really excited to be part of that.

“I’ve had a tough couple of years with injury setbacks, but I’m really happy with where I am physically right now thanks to our amazing rehab team. I finally feel like I’m in a position to kick on and keep improving my rugby and I’m excited to see where that takes me.

“The group of guys we have here are like family and I’m looking forward to grafting with them for the seasons ahead.”

Head coach Richard Cockerill added: “Damien has been impressive since returning from injury and has been very dependable whether operating on the wing or at full-back.

“He’s an Edinburgh man and core member of this squad. We’re delighted that he’ll continue his rugby development with this club in the seasons to come.”

Meanwhile, wing Farndale joins on a permanent deal from Scotland Sevens. He has been with the club since the summer – featuring in five games this campaign – and now pens a full-time deal with his home-town team.

Farndale has been impressive in limited appearances this season, grabbing scores against Zebre and Leinster in the PRO14.

“I’m delighted to sign this deal. Edinburgh is the club that I grew up supporting and having come through the club’s age-grade teams and academy system, it has been a huge part of my rugby career,” he said.

“The team is in a very exciting place just now. The boys that are here and the environment and coaching all make it a great place to be. I really believe there are big days for the club not so far away and I’m excited for the opportunity to be part of that.”