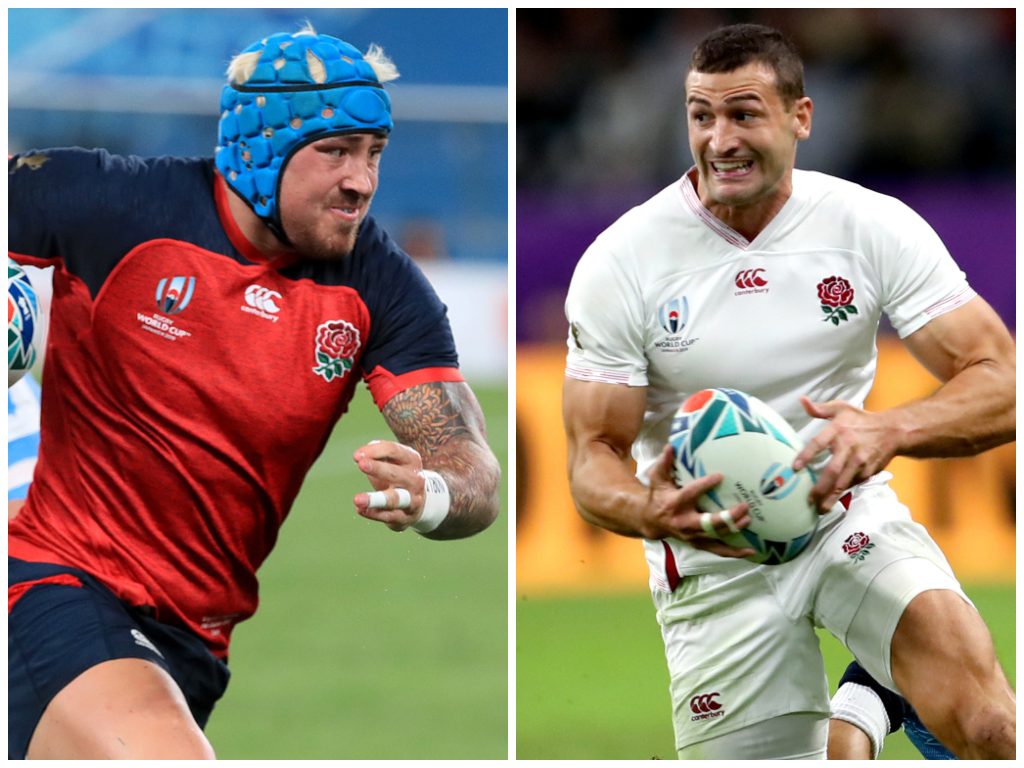 England have been handed some positive news regarding Jonny May and Jack Nowell ahead of their Rugby World Cup semi-final against New Zealand.

Head coach Eddie Jones is expected to have a fully fit squad to choose from this week after an update was given on his wing duo, with May and Nowell on course to recover from knocks in time for the last-four clash at International Stadium Yokohama.

May suffered a minor hamstring injury during the closing stages of the 40-16 quarter-final victory over Australia, in which he celebrated his 50th cap by running in two first-half tries.

Nowell, meanwhile, made his comeback from an ankle complaint against Argentina more than two weeks ago only to damage a hamstring, forcing him to sit out the four-try demolition of the Wallabies.

“Jonny’s bouncing around this (Monday) morning. He has a small twinge and we’ll assess where he is a little bit later today,” assistant coach Neal Hatley said.

“He’s in really good spirits, moving well, and we expect Jack to be fit for selection as well. It’s fantastic where we are – all 31 being available for selection at the end of the week.”

England have also been boosted by Mako Vunipola’s return from the hamstring injury that limited him to 17 minutes of rugby since May 11 until he came on as a replacement against Argentina.

The Saracens prop was promoted into the starting XV against Australia and responded with a display brimming with high work rate and key interventions.

“We were unbelievably impressed by Mako. He continues to go from strength to strength,” Hatley said.

“And he needs to because Ellis Genge and Joe Marler have been ferocious in training and everyone’s putting the pressure on.

“We’ve talked before about this team of 31 and everyone’s doing their part but Mako, when he plays well like he did, is a real force.

“Without sounding massively blase about it, I wasn’t surprised at the performance he turned in, but I can understand why people outside of our group would look at it and go ‘that’s a hell of a performance’.”