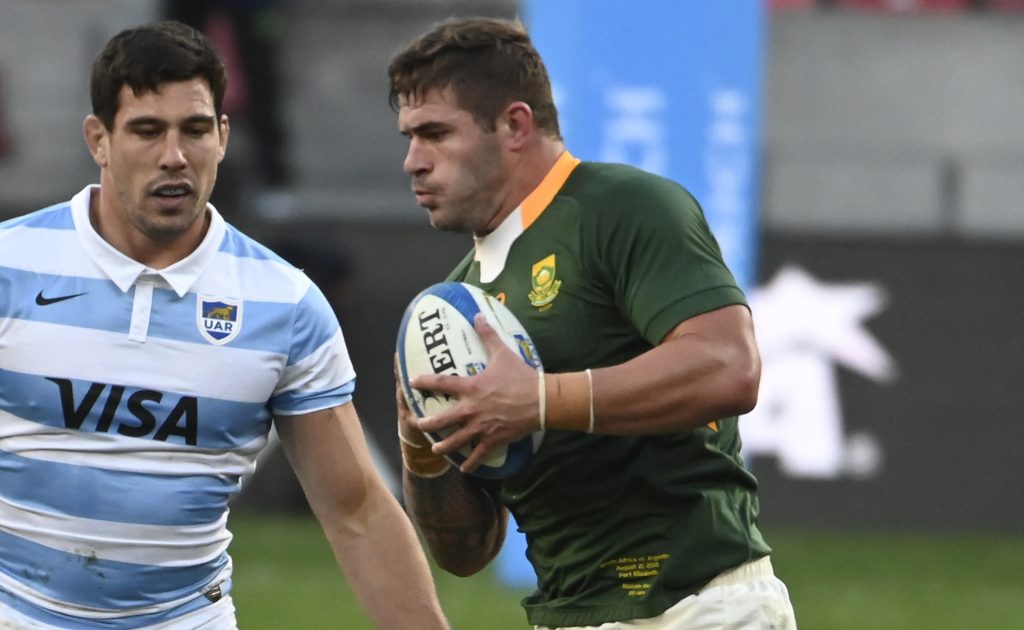 South Africa proved to be too strong for Argentina once again as they continued their fine 2021 with a comfortable 29-10 triumph in Port Elizabeth.

The Springboks controlled much of the first half thanks to another dominant display up front and the ill-discipline of their opponents.

They were too strong for the Pumas and Handre Pollard rewarded the efforts of their pack by kicking five penalties for a 15-3 advantage at the interval.

Domingo Miotti responded with a three-pointer of his own but they were outgunned and Makazole Mapimpi’s try at the start of the second period effectively sealed their fate.

Malcolm Marx then went over to rubberstamp the win and maintain South Africa’s fine start to the Rugby Championship.

Jacques Nienaber’s men will now wait to see what happens with the rest of the competition after the All Blacks dramatically withdrew from next week’s Bledisloe Cup tie and cancelled their two games with the Boks, putting the tournament in disarray.

There was more of an effort from the Springboks to find some of their dangerous runners in the outside channels on Saturday, but it was still their trusty set-piece which did most of the damage.

Lukhanyo Am made an early incursion into opposition territory as they showed a bit more intent, but it was still their lineout drive and scrum which earned the penalties from which Pollard was able to build their lead.

A number of infringements by the Pumas allowed the Springbok fly-half to move his side into a 9-0 lead before Miotti reduced the arrears from the tee.

South Africa continued to control matters, however, with Argentina continuing to concede needless penalties. Pollard duly added two more three-pointers – the second also leading to a yellow card for Rodrigo Bruni – as Nienaber’s charges opened up a comfortable advantage at the break.

It got even better for the South Africans in the early part of the second period when they scored their first try of the match.

Cheslin Kolbe finally got the ball in his hands and took play deep into the Argentine 22 before the Springboks went through the phases. The pressure was unrelenting and Mario Ledesma’s men eventually succumbed when Willie le Roux sent Mapimpi over.

Boosted by that score, a second try was soon forthcoming for the Boks as they went back to their exceptional maul and were rewarded with Marx touching down.

There was still 25 minutes left but the remainder of the clash turned into a scrappy affair as the Springboks missed out on a bonus-point. Instead, Argentina had the final word when, with the clock in the red, Pablo Matera crossed the whitewash for a consolation score.