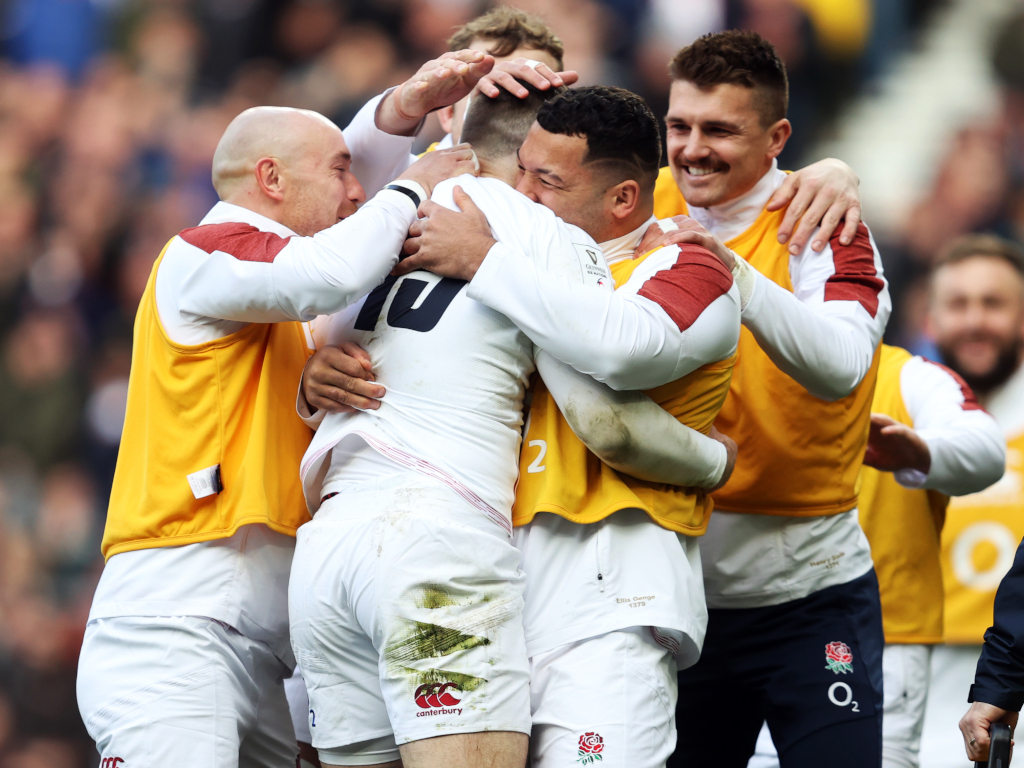 England kept their Six Nations hopes alive and ended Ireland’s chances of claiming a Grand Slam after a convincing 24-12 triumph at Twickenham on Sunday.

Tries from George Ford, Elliot Daly and Luke Cowan-Dickie secured a comfortable win over the Irish, who touched down twice via Robbie Henshaw and Andrew Porter.

There were shades of the knockout phase romps against Australia and New Zealand as Eddie Jones’ men ended the Irish Grand Slam march in destructive fashion, leaving France as the Six Nations’ only unbeaten team.

From start to finish they tore into their opponents, who never recovered from an early onslaught and whose fingers found the self-destruct button with alarming frequency.

Ford and Daly poached tries that propelled title-chasing England out of sight after 25 minutes, both of them profiting from blunders by Johnny Sexton and Jacob Stockdale behind the whitewash.

By the end of the first half Ireland had spent only 31 seconds in the enemy 22 and, although they eventually became a more cohesive attacking force, they never looked remotely capable of overcoming a 17-0 interval deficit.

Cowan-Dickie crossed for the third try and Owen Farrell kicked three conversions and a penalty as England’s mastery of the Irish was extended to a third successive rout.

Ireland’s failings were collective but at the heart of their collapse was Sexton, who never recovered from an awful start and butchered five easy points from the kicking tee at important moments.

It was not the return to Twickenham hoped for by Andy Farrell and this day belonged to his son Owen, who cut a composed figure as he drove England onwards to a triumph that relieves pressure on the Jones regime.

Daly and the unstoppable Manu Tuilagi were influential in a promising start but a poor pass from Ben Youngs found Courtney Lawes’ head instead of his hands as England moved to within inches of the line.

Youngs made amends by firing a smart grubber that led to the opening try but Sexton, who was under pressure from Farrell and deceived by a cruel bounce, was also to blame as he failed to gather the ball as it bobbled over the whitewash to allow Ford to touch down.

The opening quarter deteriorated further for Sexton as he produced two poor kicks in a row before hooking a shot at goal horribly wide.

Aided by Ireland’s refusal to contest line-outs, England resumed their advance downfield with Tuilagi’s power across the gainline helping them on to the front foot.

Daly was revelling in his return to full-back for the first time since the World Cup final and it was the Saracen who plundered the second try as Stockdale inexplicably dithered over Ford’s cute kick, offering the score on a plate.

The first half unfolded against the backdrop of Farrell’s constant dialogue with referee Jaco Peyper as Ireland were repeatedly bullied in contact, with man-of-the-match Lawes their chief agitator.

At times England’s attack was overly frantic and too reliant on kicking, but with the white shirts winning just about every collision and then defending ferociously they could afford moments of inaccuracy.

The first half finished with a pumped-up Kyle Sinckler being escorted off the pitch after the Harlequins prop had given Ireland a tongue lashing at another breakdown dominated by a pack that had their feet on opposition throats.

Ireland emerged from the interval with their purpose restored and their urgency was evident as CJ Stander hammered his palm into Farrell’s stomach in an attempt to make the centre let go of his leg.

Henshaw barged over from close range to round off a spell of Irish ascendancy but, as Sexton yanked the conversion and England resumed their offensive, a comeback appeared unlikely.

A line-out drive ended with Cowan-Dickie emerging with the ball and, although Ireland had the final say with a stoppage time try by Porter, it failed to distract from a heavy defeat.