Home Australia Dominant All Blacks prove too strong for Wallabies 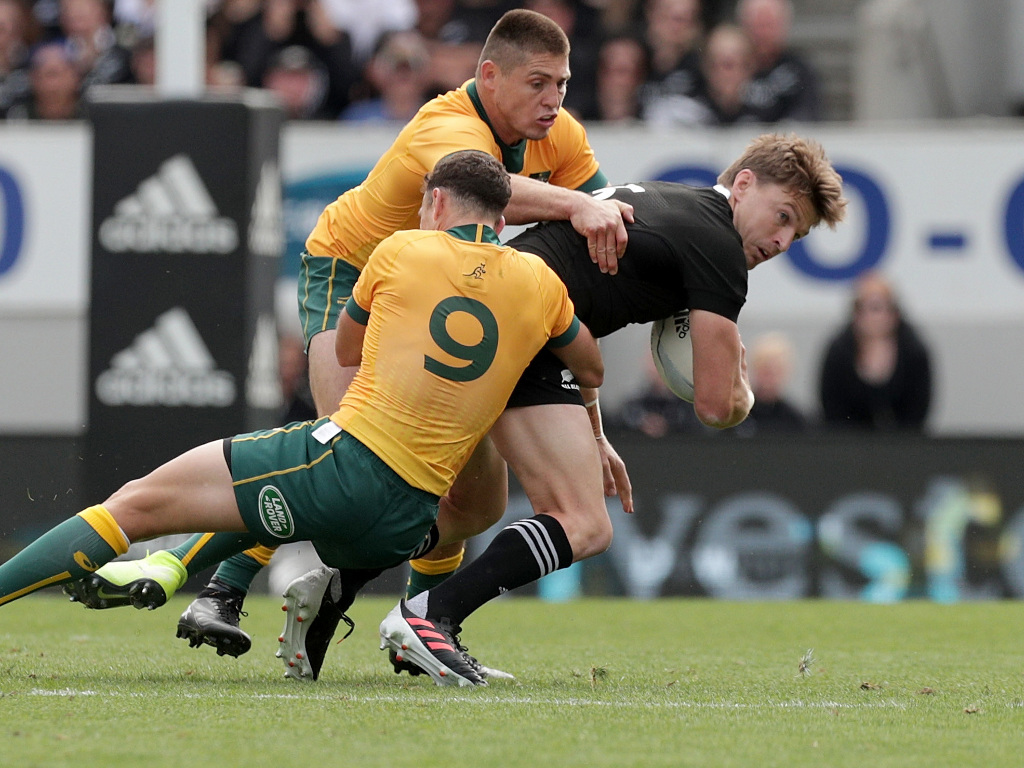 New Zealand made a statement of intent as they produced a fine showing to beat Australia 27-7 in their Bledisloe Cup Test at Eden Park in Auckland on Sunday.

As the scoreline suggests, it was a very different story to a week ago when the sides drew 16-16 in Wellington with New Zealand dominating most facets of play especially during the second half when they produced a brilliant attacking display.

Tries from Aaron Smith, Jordie Barrett, Ardie Savea and Sam Cane got the job done for the All Blacks and their other points came via the boot of Richie Mo’unga, who added a penalty and two conversions.

Marika Koroibete scored a try for the Wallabies which was converted by James O’Connor.

The result means New Zealand are still unbeaten at Eden Park since 1994 while Australia are yet to win there since 1986.

Australia made a blistering start but, despite spending a large part of the game’s early stages inside New Zealand’s half, they had nothing to show for their attacking endeavour.

The All Blacks soaked up the early pressure and eventually opened the scoring in the 18th minute courtesy of a Mo’unga penalty after the Wallabies strayed offside on defence.

Five minutes later, they went further ahead when Smith crossed for the opening try from close quarters after Jack Goodhue laid the groundwork with a strong run in the build-up.

The Wallabies needed a response and that came in the 29th minute when they took the ball through 12 phases inside the All Blacks’ half with Ned Hanigan making a telling break which took play into the home side’s 22. The ball was recycled quickly and Koroibete went over for his five-pointer.

The rest of the half was tense with both teams continuing to run the ball from all areas of the field but neither side would score further points during that period and the match was evenly poised at half-time with New Zealand holding a 10-7 lead.

The All Blacks were fastest out of the blocks when the match restarted and were rewarded with two tries in quick succession inside the first five minutes of the half.

First, Mo’unga and Goodhue created space for Barrett, who score in the right hand corner, and shortly afterwards Caleb Clarke put the All Blacks on the front foot with a brilliant attacking run before Savea rounded off out wide.

Those scores boosted the All Blacks’ confidence and they continued to attack at every opportunity. And in the 54th minute Cane crossed for their fourth try after gathering a lobbed pass from Patrick Tuipulotu on the edge of the Wallabies’ 22.

With the game in the bag, the All Blacks took their foot off the pedal and, although the Wallabies launched several attacks during the final quarter, they were not rewarded as the home side sealed a deserved win.