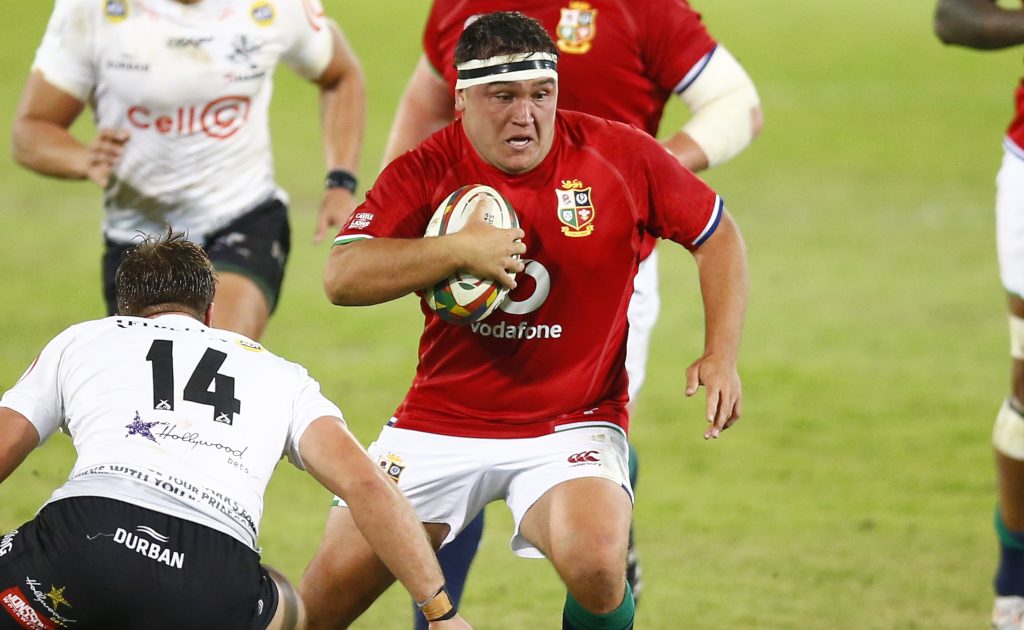 Jamie George insists the British and Irish Lions have been brought closer together by the repeated disruptions they faced during a week of upheaval.

The Lions relocate to Cape Town on Sunday but attack coach Gregor Townsend, three members of staff and an unnamed player must continue isolating in Johannesburg until Wednesday, when they will rejoin the main touring party.

Even at the end of a week of Covid-inflicted chaos there were fresh challenges to confront as Maro Itoje and Finn Russell were forced to withdraw from the 23 picked for the Sharks because of a stomach bug and an Achilles problem respectively.

Russell’s tour could be over due to the minor tear to the tendon and England rookie Marcus Smith is scheduled to arrived into Cape Town on Monday as fly-half cover.

For the second time in four days, the Lions routed the Sharks after emerging 71-31 winners at Loftus Versfeld on Saturday and George believes the squad have grown stronger in response to overcoming the setbacks.

“We’re in a pretty good spot. Connection-wise we’re getting much tighter off the field,” said George, who became the first Englishman to captain a Lions side since Phil Vickery in 2009.

“All the disruptions and stuff going on off the field really is bringing us tighter together as a group. We’re starting to see that in the way that we train.

“We didn’t put it out there for a full 80 against the Sharks, but in terms of the rugby it feels like we’re building nicely.”

The lopsided scoreline suggests otherwise, but the Lions received their toughest test of the tour against the Sharks, who bravely stepped into the breach when the Bulls were forced to withdraw from the match because of a Covid outbreak.

The team from Natal excelled at punishing the blizzard of mistakes made by the tourists and were level at 26-26 five minutes into the second half when scrum-half Jaden Hendrikse elbowed Liam Williams in the head as they fell to the floor.

From that moment on the Lions ran riot to elevate the total of points scored in three matches against South African provincial sides to 181.

The quality of the opposition has been criticised, but George insists they are still a useful gauge ahead of the Test series against the Springboks, which begins in a fortnight.

“Of course it’s ideal preparation. You’re playing against South African teams. We’ve scored a lot of points and our attack is in really good shape at the moment,” George said.

“We know there will be a step up intensity, there always is when you play the world champions at their home ground, but at the same time the teams we’ve played against have impressed as well in terms of their emotion, physicality and intensity.

“We got a good hit out and everything is on course for the step up in intensity for when it comes to South Africa.”

George was among the Lions’ star performers and he crowned his performance with two tries, atoning for his knock-on that denied a certain score on Wednesday night.

“These two tries are massive for me. I haven’t heard the end of it and my mates at home have given me some stick as well. So hopefully that can put a silence to all that!” he added