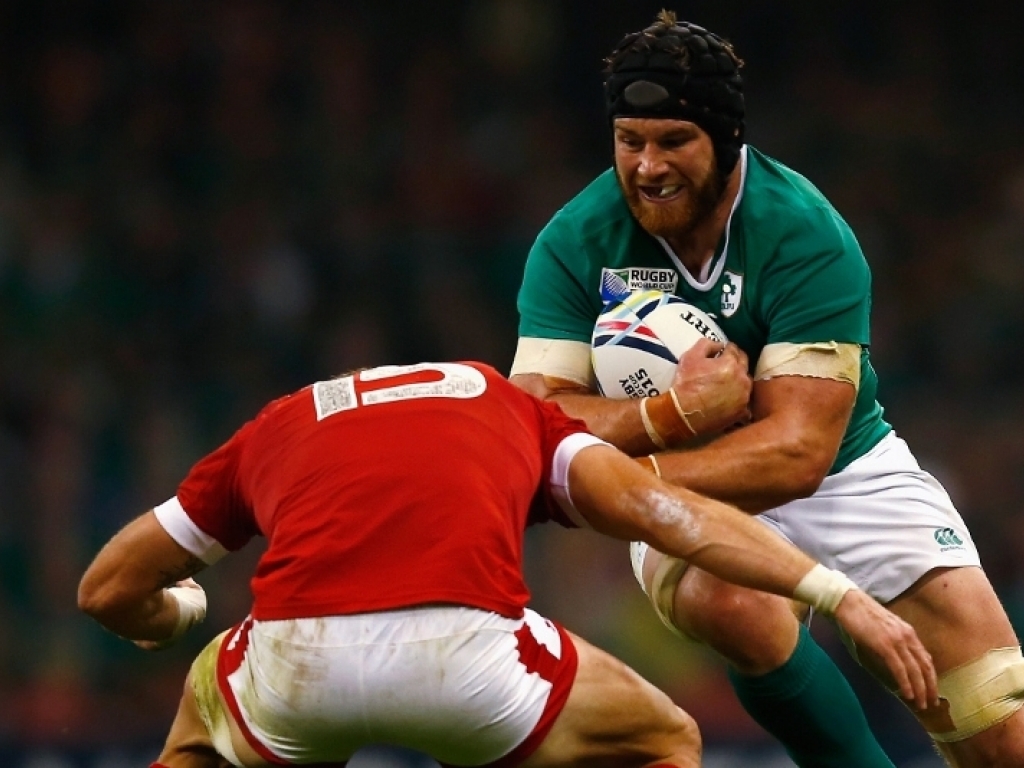 The gap between the haves and the have nots appears to be getting wider as disciplinary hearings hand out minimal sanctions to players from the leading nations while the lower tier teams are offered no such clemency.

More than that though, it's the inconsistency across the board which is infuriating, as some offences are deemed tournament-ending, while the exact same offence is ignored elsewhere.

One trend is clear though, with World Rugby determined to cut down on dangerous tackles and clearouts – 11 players have been banned for these incidents so far – while deliberate violent play seems far less of a priority.

So basically, punch away with impunity, don't even think about a high tackle, unless your name is Sam Burgess that is.

We've taken a look at some of the most high profile calls made in the tournament so far:

This was the one everyone was waiting for yesterday. O'Brien, who had thrown a punch at Papé's ribs in the first minute of Ireland's clash with France on Sunday, risked between two and 52 weeks of suspension. Many wild theories emerged as to the reason for the punch, including some disgusting insinuations against Papé, but video evidence showed that was minimal provocation for the punch. Others argued that O'Brien used an open hand rather than a closed fist, although the charge 10.4(a) from World Rugby defines the action as 'Striking another Player with a hand, arm or fist'. Judicial officer Terry Willis deemed an unprovoked punch to the ribs to be a low-end offence, meaning a ban of two weeks. That was reduced to one because of O'Brien's good behaviour at the hearing – it's surely time for this to be binned off as a reason for reducing bans – his remorse, his good character, and of course his previous clean record.

The previous clean record is obviously a key factor here, and it's where previous disciplinary whitewashes become a factor. In 2011 O'Brien was somehow not cited for a vicious elbow on Yannick Nyanga. While he is clearly held in the incident below, that shouldn't have been enough to avoid any such sanction. As a result, he not only played in a Heineken Cup final three weeks later, but four years on that error has played a key part in him being available for a potential World Cup semi-final.

The second of Tuesday's hearing outcomes to emerge was the news that Scottish pair Jonny Gray and Ross Ford will miss the rest of the tournament because of a dangerous clearout on Jack Lam in their game against Samoa. The first team that should be angry about this is Japan, who missed out on a quarter-final because of Scotland's win over Samoa. That result would no doubt have been very different if Scotland had played the last 22 minutes with 13 men, as the citing implies they should have done.

Dangerous clearouts are clearly a priority for World Rugby, but apparently not on the pitch, given referee Jaco Peyper's words to Ford after giving a penalty for holding on. Peyper told Ford: "He survived, you lifted his legs but he survived." The incident certainly doesn't look great for the Scottish pair, although Ford seems to be desperately unlucky as he's paying the price for Gray lifting Lam's legs.

The bigger issue is that these sorts of clearouts occur in most games. While Ford and Gray will play no further part in the tournament, this effort from Francois Louw went unpunished.

The low end for lifting tackles is four weeks, with Ford and Gray handed an extra week to act as a deterrent (because World Rugby apparently feels the need to deter these types of tackles, but not unprovoked punches), with two knocked off because the Scots were good boys at the hearing, just like everyone else.

Marcelo Bosch – one week for a dangerous tackle

Arguably the most outrageous decision of the day saw Marcelo Bosch banned for just a week for a tip tackle on Theuns Kotzè. In about as a clear-cut an example of a tip tackle as you could hope to see, Bosch was somehow charged with a dangerous tackle (10.4e), rather than a lifting tackle (10.4j). The difference is significant, with bans for the former beginning at two weeks (before mitigation), rather than four. Had Bosch been charged with the latter, as he clearly should have been, his tournament would have been over.

It's also another case where a red card should have been handed out on the day, with Bosch escaping because referee Pascal Gauzère felt Kotzè landed on his chest. The most obvious, and famous comparison is that of Sam Warburton four years ago in the semi-final on Vincent Clerc. Warburton was unfortunate in that for once a referee actually made the correct decision, and he still got the three-week ban to boot.

Without doubt the most contentious decision of the tournament, Alesana Tuilagi's Test career came to an end when he was charged with 'Striking with the knee', which also falls under 10.4(a). Tuilagi was initially handed a five-week ban, later reduced to two. Given that Samoa had just one remaining game, the reduction made no impact on Tuilagi at the tournament, though his club Newcastle will be grateful.

Tuilagi was deemed by judicial officer Antony Davies to have run in a manner that was not his 'normal running style'. The Samoan winger appeared to lift his knee into a tackle from Harumichi Tatekawa, although it was nowhere near as high as Jonny May's leap before England's final try against Fiji in the opening game of the tournament, and certainly nothing compared to Napolioni Nalaga's effort which was deemed worthy of a yellow card only in a Heineken Cup game in 2013.

After an appeal the act was reduced to a low-end offence, with the entry point of three weeks cut to two for the usual reasons.

The problem with this decision is that while Tuilagi's actions may well have been dangerous, they were clearly no more deliberate than David Pocock, who escaped with a citing commissioner warning for his knee to the chest of Scott Baldwin.

Finally we'll take a quick look at two of the more clearcut examples of inconsistency where the same offence was treated in very different ways.

Firstly Bryan Habana, who equalled Jonah Lomu's record for tries in World Cups against the USA last week, avoided a yellow or even a red card for a mid-air collision with Blaine Scully midway through the first half. According to the new rules on in-air collisions, Habana should probably have conceded a penalty for a fair challenge with wrong timing. Instead it was deemed a fair challenge with both players in a realistic position to catch the ball, with a scrum to South Africa.

So far, no problem. Except when Argentina played Namibia on Sunday, Tinus du Plessis was sin-binned for a virtually identical incident, the only difference being he got into the air and in a much better position to challenge for the ball than Habana. It's not even a case of inconsistency among the officials, with Gauzère and George Ayoub the referee and TMO for both games.

The other clear discrepancy between treatment of two very similar incidents occurred for dangerous tackles off the ball. Samoa's Faifili Levave was sin-binned for a dangerous tackle on Shota Horie during a loss to Japan, as he basically shoulder charged the fly-half after he had passed the ball. Owen Farrell did almost exactly the same on Matt Giteau, earning a sin-bin for his troubles. While the initial treatment was identical, Levave was then cited for his offence, with Farrell hearing nothing more about the incident.

While Levave was not banned for his offence, his citing was upheld, implying that he should have been red-carded at the time, given that citings are only for red-card offences. He avoided a ban however due to his previous clean record, as well as extensive mitigating circumstances which included a lack of injury for Horie as well as Levave trying to protect himself from injury, as the ban was reduced from two weeks to nothing.

There have been other incidents, most notably a one-week ban for Michael Hooper for a dangerous clearout on Mike Brown that could have been worth much, as well as Mariano Galarza's nine-week ban for making contact with the eye area of Brodie Retallick.

What has become most clear though, is that for all the TMO interventions during the tournament, the only red card given out has been to Agustin Ormaechea for two yellows.

That's 15 (or in fact 16 when you include Levave) players who should have been sent off and were not.

Alain Rolland came in for huge criticism four years ago for being the first referee to follow World Rugby's instructions on tip tackles. Will another referee be willing to stick his head over the parapet in a big game this time around?