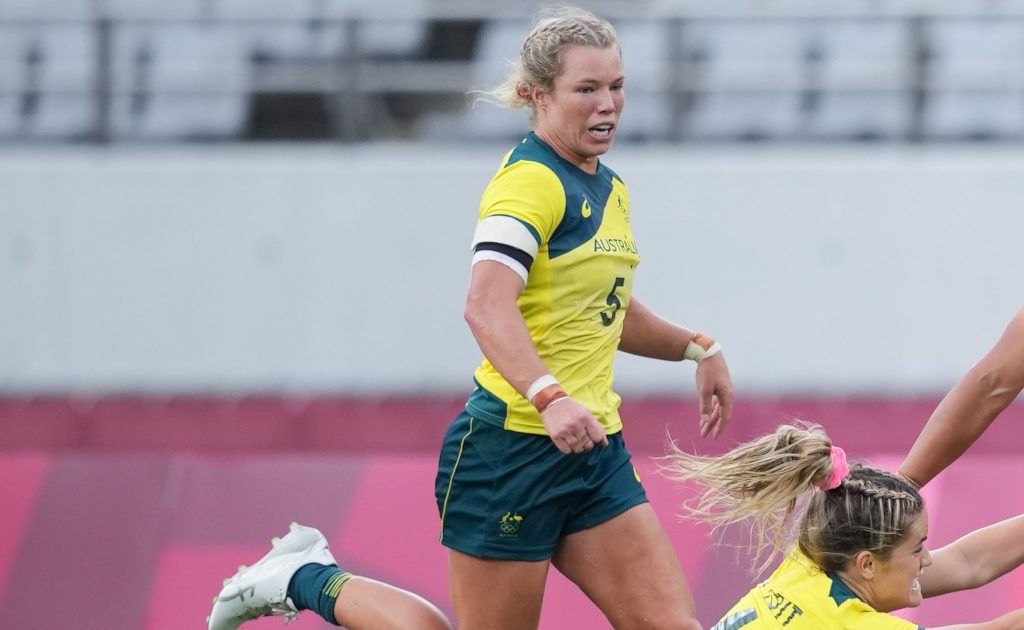 Defending champions Australia were knocked out of medal contention on day two of the women’s Olympic sevens tournament at Tokyo Stadium as Fiji secured a stunning 14-12 win in the quarter-finals.

Australia were hoping to repeat their gold medal performance from Rio 2016 but lost their final match of the pool stage against the USA, also 14-12, before Fiji overpowered them in the afternoon session.

Tries from Alowesi Nakoci and Ana Maria Naimasi gave the Fijiana a 14-0 lead with less than four minutes gone, and although Faith Nathan and Charlotte Caslick crossed in the second half the Australians could not reel them in.

It means a new women’s Olympic sevens champion will be crowned in Tokyo, and Fiji will take on New Zealand in the first medal semi-final at 11:00 local time (GMT+9) hoping to emulate their male counterparts.

New Zealand booked their place in the last four with a comfortable 36-0 defeat of the Russian Olympic Committee team (ROC). Portia Woodman scored two of the Black Ferns Sevens’ six tries, while Michaela Blyde took her tally for the tournament to six.

Jasmine Joyce, meanwhile, scored a try in each half to help Great Britain into the medal semi-finals with a 21-12 win over the USA.

Joyce crossed either side of an Abbie Brown effort to give her side a 21-0 lead, which Great Britain were able to defend despite late tries from Kristi Kirshe and Naya Tapper.

France stand between Great Britain and the gold medal match after they recovered from conceding the first try against China to win their medal quarter-final 24-10.

Tang Minglin’s two tries came at the beginning and the end of the match, but in-between France secured victory thanks to scores from Séraphine Okemba (two), Caroline Drouin and Anne-Cécile Ciofani.

Canada missed out on the medal quarter-finals on points scored, but they made sure they would contest the ninth-place play-off with a 45-0 defeat of Brazil in Friday’s second session.

Charity Williams was the star of the show as she became the first Canadian woman to score an Olympic hat-trick, while Karen Paquin (twice), Britt Benn and Julia Greenshields also crossed during a dominant performance.

Kenya will play Canada on day three after Camilla Atieno scored on the final play of their fifth-place semi-final against Japan to secure a 21-17 win.

The hosts led 17 -14 when the hooter sounded to signal the end of the match but Kenya managed to regain possession following a scrum and punched a hole in the Japanese defence that Atieno exploited.