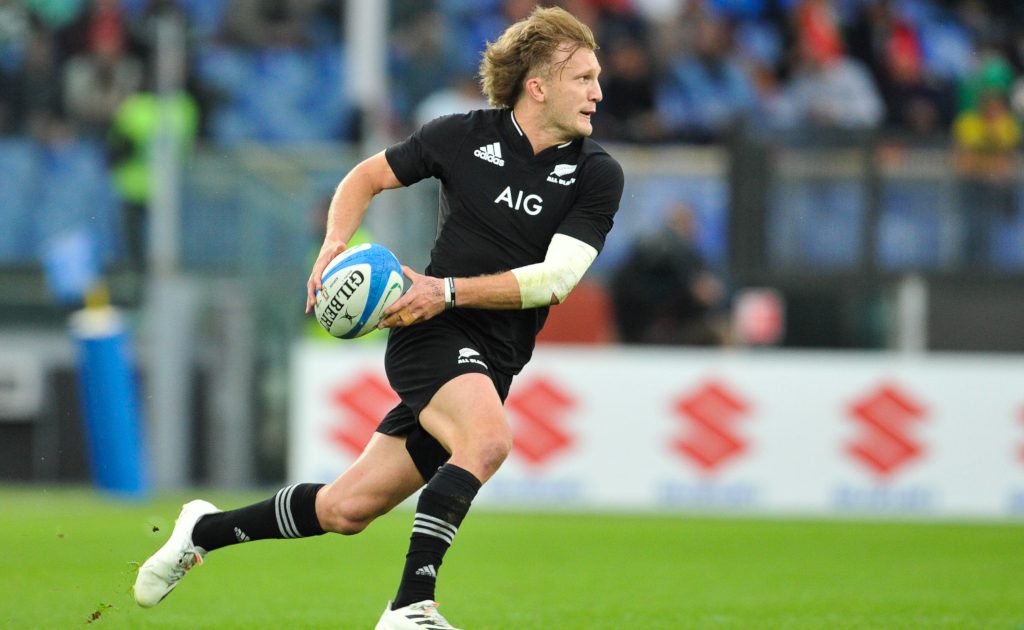 New Zealand back Damian McKenzie insists that they will learn from their disappointing losses in the Autumn Nations Series.

The All Blacks endured a poor end to the season after going down to successive defeats to Ireland and France, which left the team with plenty of questions ahead of the 2022 campaign.

Although they claimed the Rugby Championship title, head coach Ian Foster is under pressure following those reversals.

McKenzie admitted that it has been a tough and tiring year for the team, however, and believed they were running on fumes towards the end.

“It was a big tour, it was long,” he told the What a Lad podcast. “We ended up (playing) 15 Tests throughout the year and we won 12 of them. People easily forget those games after a couple of losses.

“Ireland and the French team, they’re great sides. It’s probably a good thing for us. It’s a good thing for us to learn how we can get better with a couple of losses. It’s good how competitive world rugby is. The teams are so close and tight now.

“It was a fun tour but you could definitely tell at the end of it the boys were looking forward to getting home. It’s a long time away from family for a lot of those guys, particularly (the ones with) kids as well.

“But we had some fun. Aussie was good fun, played plenty of golf, went to the [NRL] Grand Final and then jumped on the plane over to the UK. We weren’t really allowed out of our hotel that much but we sort of made the most of what we could do.”

During their tour to the northern hemisphere the All Blacks were confined to their bubble due to the Covid case rates in Europe and McKenzie believed that it added to the pressure.

“You take it for granted when Covid wasn’t here, you could get out of the hotel and go for a walk around but you were pretty confined to the team environment the whole time, you couldn’t really escape it.

“It does take its toll but the team itself and the coaches and management are pretty good at recognising that and giving us time to ourselves when we need it.

“It is tough. When you’re in that camp and you’re under that pressure every week, it doesn’t matter what team you play, regardless of what team it is, whenever they play the All Blacks, they come out of the blocks flying.

“If you don’t win by a certain amount of points, you haven’t played that well or if you lose, you’re under the scope for the whole week.

“It is pretty daunting, the whole pressure and trying to escape it can be quite hard, particularly when you can’t get out and about and being confined in our bubble. It is definitely tricky, I’d be lying if I said you don’t have times where it’s hard to escape.”

While the All Blacks will be in the midst of a rebuild in 2022, so is McKenzie after he lost his place in the first XV to Jordie Barrett.

Despite starting against the USA and Italy, the 26-year-old has very much fallen behind the Hurricanes full-back in the pecking order for the big matches.

He added: “(Barrett) had an awesome year, eh? Clutch in a few games where he kicked us to win the game. He’s just so reliable. Obviously over in the northern hemisphere, they play a lot of kicking game and a lot of aerial stuff which he’s a gun at. He was playing great.

“There’s still guys coming through the whole time. It’s good, it creates good competition throughout the team, but you’re never resting on your capabilities of what you can do, you’ve always got to play well and that starts with your training too.

“If you train like a muppet, it’s not going to help your case either. You’ve got to be pretty switched on during the week and then once the game comes around, make sure you’re performing as well. There’s plenty of competition. It’s good though, a good competitive rivalry.”