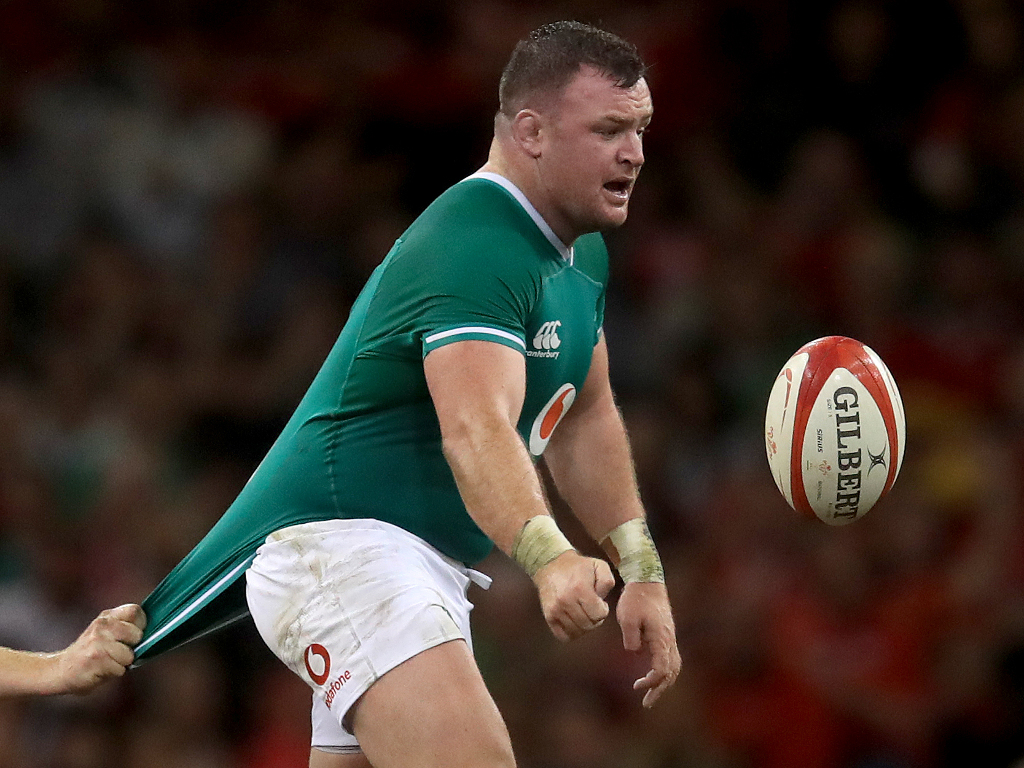 Feek joined head coach Schmidt and captain Best in signing off on Irish soil with a victory in their final Rugby World Cup warm-up fixture.

Rob Kearney, Tadhg Furlong and James Ryan’s tries saw Ireland to the win and Kilcoyne was pleased with how their warm-ups concluded.

“I think it was definitely a more positive performance. As the series has gone on, I think we have built our performances which is exciting going into the World Cup,” he told Irish Rugby after the win in Dublin.

“Not just the Joe factor, Besty and Feeky too. Feeky probably doesn’t get enough credit as well. Especially what he does for the front-rows.

“It was a lot of the lads’ last game in the Aviva, so we really wanted to put in a big performance, a big Irish performance for them. They’ve delivered a lot for Irish Rugby over the last number of years and I think it’s a fitting way to see their last performance in the Aviva.”

Kilcoyne has been one of Ireland’s standout players over the past month and looks in great shape ahead of the Rugby World Cup, as the squad put a disappointing loss to England behind them in recent weeks.

“That’s definitely something in professional sport you have to be equipped to do. You can’t dwell on it, we’re a next-moment team,” he said.

Match report from the Irish's victory over Wales. 👉 https://t.co/fznwWlFiIz pic.twitter.com/vlnLADI0Uu

“You keep looking back, you never go forward and you get lost back there. After the England game, it was about finding out where we were short, why we were short. Putting a plan in place to remedy that. I thought we did that.

“Fortunately it has been building nicely and we’ll find areas where we were off today, put work-ons for them. That’s professional sport. It’s (about) constantly getting better. You’ve got to have that mentality, you constantly need to improve.

“I thought we were poor against England, there’s no point in denying it. We lacked hunger and physicality, which was the most disappointing thing. You’ve an incredible defence coach in Andy Farrell and we all knew that our defence was off that day. Thankfully, over the last couple of weeks, that’s really picked up. Hopefully we can bring that into the World Cup and bring that really aggressive defence.”