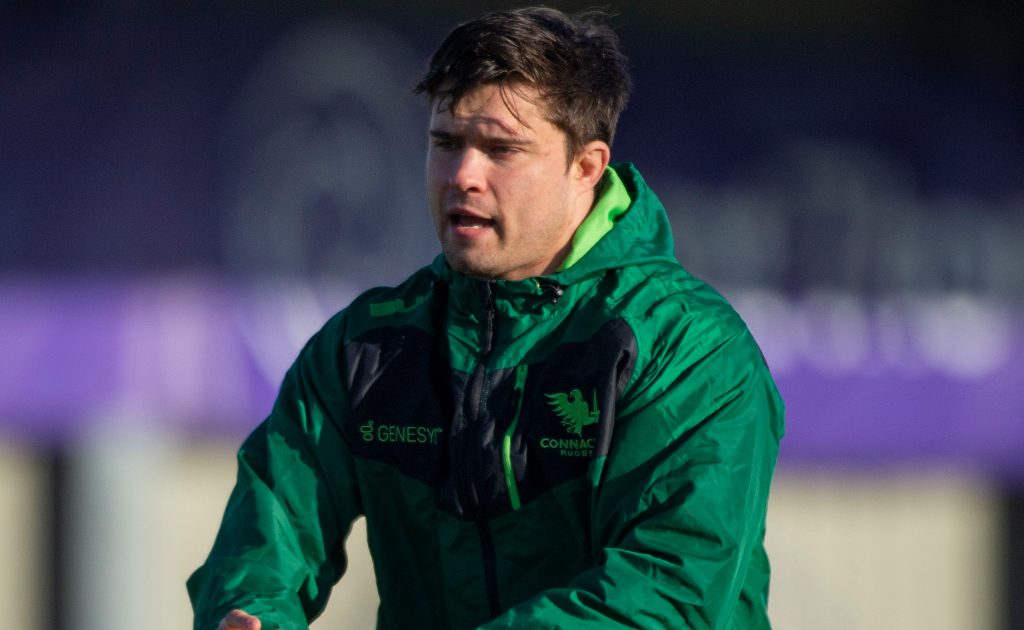 After a five-week absence, Connacht return to United Rugby Championship action on Friday evening when they face off with the Ospreys.

The Irish province’s matchday squad has been named with four changes to the starting XV that impressively saw off Ulster at the Aviva Stadium last month.

Summer signing Shayne Bolton will make his Connacht debut – the 20-year-old is named at outside centre where he forms a partnership with Sammy Arnold.

There’s two further changes in the back three with Alex Wootton making his first appearance of the season on the wing, and Oran McNulty handed his first Connacht start at full-back. The in-form Mack Hansen starts on the opposite wing, while Kieran Marmion and captain Jack Carty continue at nine and 10 respectively.

The tight five is changed with a front-row of Matthew Burke, Dave Heffernan and Finlay Bealham, with Ballina native Heffernan making his 150th appearance for this home province.

There’s a second-row pairing of Niall Murray and Ultan Dillane, and the final change is in the back-row where Jarrad Butler starts at blindside flanker, opposite Conor Oliver and Paul Boyle completing the side from number eight.

Meanwhile, Rhys Webb captains an Ospreys side looking to go five wins out of six in the United Rugby Championship. He lines up alongside Stephen Myler, who is at fly-half with Luke Morgan, Max Nagy and Dan Evans forming the back three. Joe Hawkins and Owen Watkin create the centre partnership.

Nicky Smith, Elvis Taione and Tom Botha pack down in the front-row with Bradley Davies and Rhys Davies in the engine room. Sam Cross, Jac Morgan and Ethan Roots complete the forwards in the back-row.