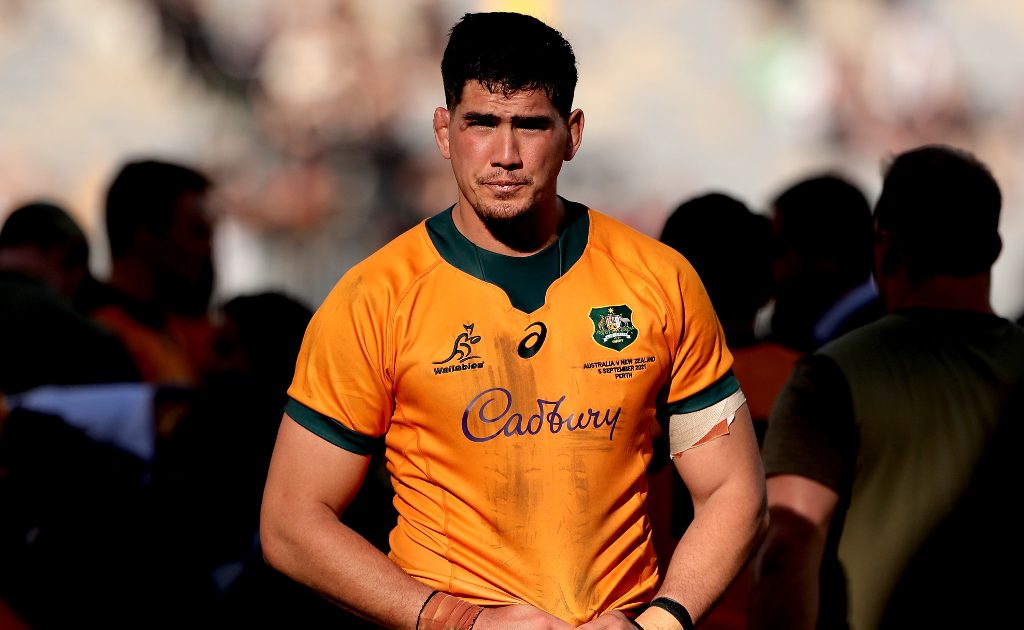 Rugby Australia and the Brumbies have announced that towering second-row Darcy Swain has signed a new contract until the end of 2024.

Swain is coming off a breakout season in 2021, earning his Test debut against France in the opening match of the year, sealing the victory with his trademark defensive effort at maul time.

He would go on and feature in nine further Wallabies Tests under Dave Rennie, becoming a regular despite the return of Rory Arnold, Izack Rodda and Will Skelton.

The 24-year-old has stepped up as a leader at lineout for club and country and was excited to secure his future in the nation’s capital.

“I’m really grateful to be given the opportunity to extend for another two years at the Brumbies and with Rugby Australia,” he said in a statement.

“I’ve loved Canberra since moving down with Vikings at the end of 2015, it’s where I call home now and I wouldn’t want to be anywhere else.

“I’m excited about what we can do this year and what we’re building at the Brumbies on and off the field with a great mix of blokes who I genuinely love being around.

“Getting the opportunity to wear the Wallabies jersey was a huge testimony to the program at the Brumbies, and after getting that taste last year I’m extremely motivated to keep growing as a player and earning more opportunities to represent my country.”

This was shared by Wallabies coach Rennie and Wallabies forwards/Brumbies head coach Dan McKellar, who has watched his development since arriving in Canberra in 2015.

“Darcy made a strong impression in his debut Wallabies season,” Rennie believes.

“His work ethic and diligence are a point of difference, highlighted by his desire to develop his game on both sides of the ball.

“For a Test newcomer his willingness to take on lineout responsibility saw him quickly become an important member of the mob.

“It’s fantastic for the Brumbies to have Darcy locked in,” McKellar added.

“We’ve watched him grow since he joined our academy out of school, and from early on it was clear that if he worked hard and was allowed time to develop that he had the potential to be a very good Super Rugby player and he’s certainly earned his spot in our environment and now at the Wallaby level.

“What’s exciting is that he’s still got plenty of room to get better as a player and as a leader and he’ll continue to be an important player for the Brumbies for many years to come.”