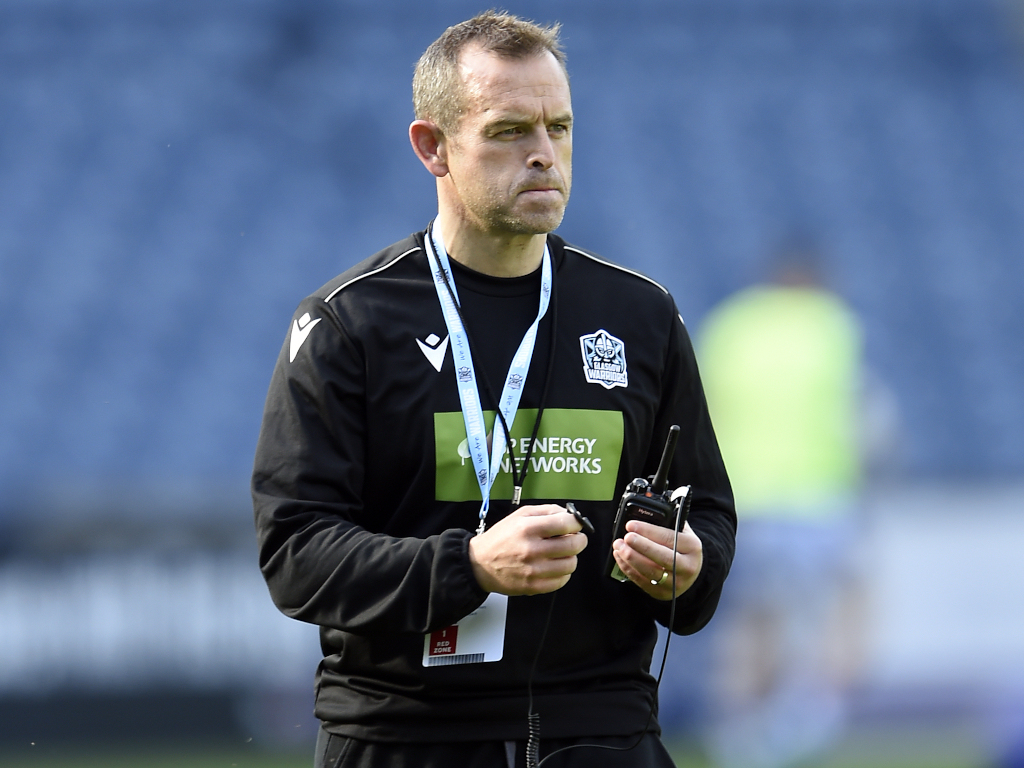 Glasgow head coach Danny Wilson admits his team need to bounce back from their “bombshell” performance in Italy for the sake of their fans when they take on Edinburgh on Friday.

Warriors crashed to a 46-19 defeat against Benetton in their Rainbow Cup opener and now have two derbies to follow.

Wilson admitted he was “shell-shocked” in Treviso but is now looking for atonement as he brushed off links with Harlequins.

“In camp, we have applied the pressure – with players, with staff, with everybody – to respond,” he said. “We have to respond for our supporters.

“I think we have dealt with it enough and have moved on from it now.

“It was a bombshell game. I have spoken to them and have moved on.

“The year they made the final, Glasgow lost to Kings away after being 30-0 down at half time. They lost to Treviso away and went to reach the final.

“You have your bombshell games – I’m not saying that is acceptable but they happen and what matters is how you respond to them.”

Wilson said little about reports claiming he is on a four-man shortlist to become Harlequins head coach.

“All I can say is that I am under contract with Glasgow and concentrating on the job in front of me – the long-term project that we’re all working towards and committed to,” he said.

Wilson will stick by his young players for the Scotstoun clash.

“There are five or six youngsters who have been going well and we’ve persisted with – your Rufus McLeans and Ross Thompsons – so that hasn’t changed all season and it won’t change for this game,” said Wilson, who revealed Scott Cummings had an “outside chance” of recovering from a hand injury in time to play.

“It is a derby so you want to pick a team that you think is capable of winning the match You have to respond to a bad performance and result against Treviso, so some players have to understand that they have a responsibility and if they don’t deliver then we have to look at other solutions which will deliver.

“One or two will be taken out of it because of injury. From our point of view, you have the ups and downs of the younger players learning from their experiences, so you have to be patient but that doesn’t mean picking them every single week.

“It means they are getting opportunities at the right time and they have the opportunity to learn from the positives and the negatives.

“Each young player – and older player – involved in that Treviso game will have a lot of learnings from the experience, which will mainly be negative but there are positives along the way as well.

“So, we’ll keep putting them out there. This season in particular is about that.

“Ross has probably played the majority of games at 10 for us this season and he’s an academy player, so it’s great for us for the future, and brilliant for Ross who will learn from the good and the bad.

“I’ve been mightily impressed with Ross, and others such as Rufus. When you think about where they have come from to get the experiences they’ve had this year, and some of the man-of-the-match performances they’ve produced have been outstanding, so they’ll get more opportunities along with others.”