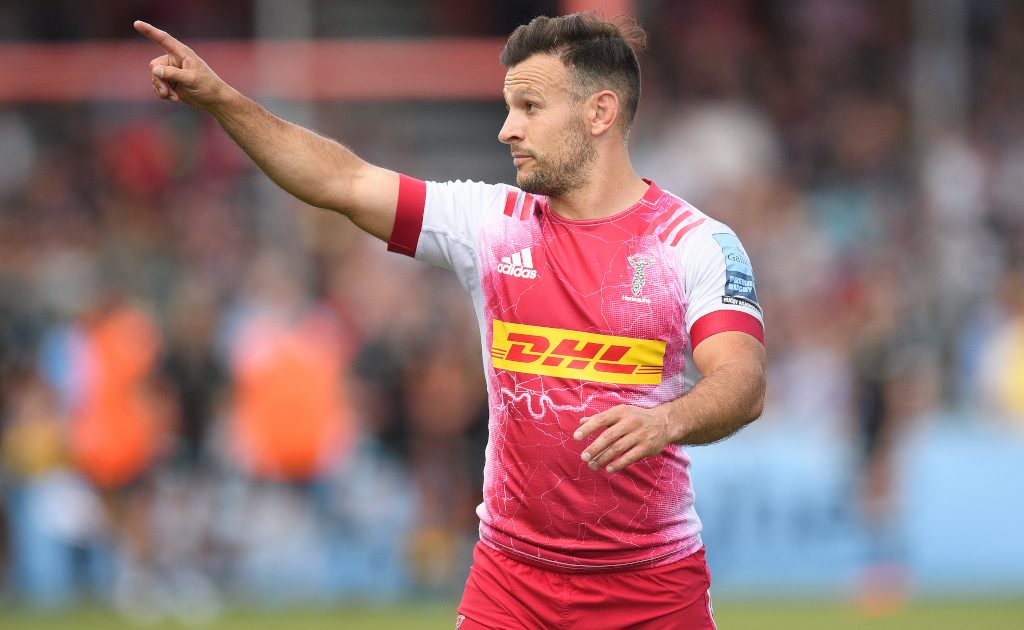 Harlequins scrum-half Danny Care has been told that the World Cup door is open to him if he can impress the England coaches in the coming months.

Care, who was recently recalled to Eddie Jones’ squad after time in the international wilderness, is hoping to feature against the Barbarians this Sunday.

It has been four years since the veteran won his 84th cap for England and since then he has been in outstanding form for Harlequins in the Premiership.

Forwards coach Richard Cockerill has not ruled Care out of featuring at next year’s Rugby World Cup, but one feels he will need minutes to stake his claim.

“If Danny’s playing well enough and he’s playing better than anybody else, whether they’re young or old, then he will come into contention,” Cockerill said.

“World Cups are about having that balance – having enough caps of experience to be able to control and manage the pressure, but also having those young guys who are so hungry.

“We need that balance in our group. I don’t think age will be a barrier, whether young or old. Guys will be picked on how well they’re playing.

“Danny is a competitor and wants to compete. He wouldn’t be here if he didn’t have that focus to go to the World Cup.

“He’s in great physical condition, even as a senior member of the squad. I’d say he’s very keen to compete for a spot.”

Cockerill continued to praise Care when talking to the media on Wednesday, adding that the scrum-half has “always been part of a selection conversation”.

“Danny’s been on great form for a little while now. He’s full of energy and life. He’s a good character and clearly a very good player, so he’s adding on and off the field,” Cockerill said.

“He’s a bright man, he picks things up very quickly and is clearly a very instinctive player. He’s dropped in very easily and has trained very well and been very good with the group.

“Danny has always been part of a selection conversation and Eddie thinks it’s the right time to bring him back into the fold to help the group.”