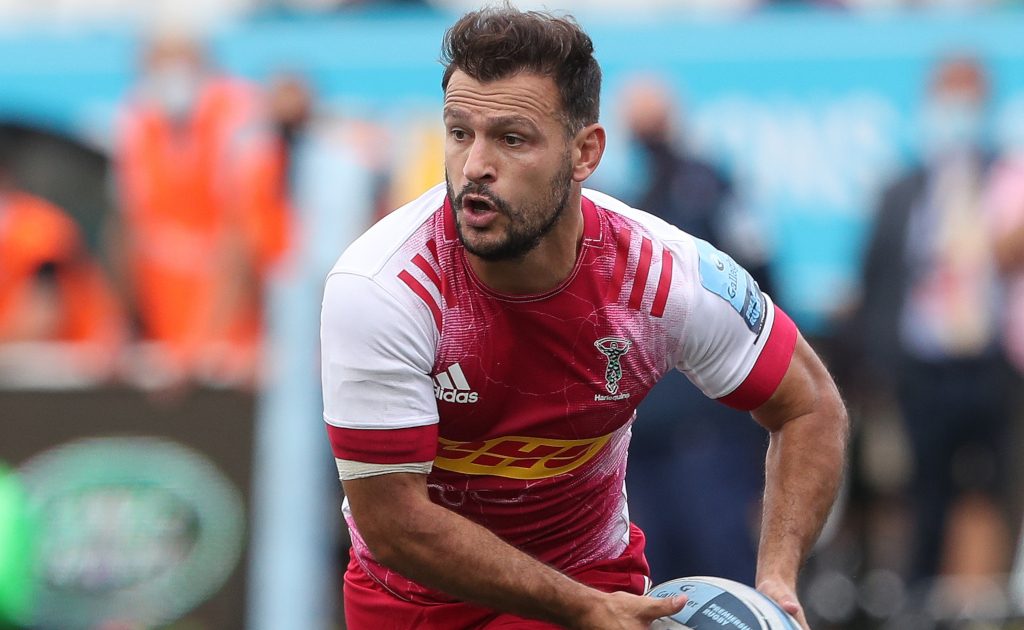 Harlequins have confirmed that ex-England scrum-half Danny Care will remain with the Premiership club after signing a new contract.

Extending a 16-year-career with the London club, Care is the latest of 10 players to have penned a new deal with the reigning Premiership champions in recent weeks.

Looking to add to his remarkable 321 appearances, Care is one of only three players to have represented the club on more than 300 occasions and is the highest ever try scorer, touching down 98 times in the Quarters.

A skilled footballer, Care has also kicked 10 drop goals and one conversion for Harlequins, most recently against Saracens at The Stoop earlier this season.

Debuting for the national side in 2008 after an impressive first two years in Twickenham after joining from Leeds Tykes, Care has represented England 84 times.

Much like his time on club duty, Care has slotted three drop goals at Test level alongside 14 tries for England over a 10-year international career.

A true Quins legend, Care has been central to three of the club’s most memorable days, starting the 2011 Challenge Cup triumph over Stade Francais as well as the two Premiership finals in 2012 and 2021.

Care also captained Quins during the 2015/16 and 2016/17 campaigns, leading the team to a Challenge Cup final before helping the side back into the top tier of European rugby the following season.

The scrum-half said: “I’m delighted to sign on again with Quins. I love playing for this club. Since I came down here 16 years ago I’ve loved every minute of playing at The Stoop, our fans are the best out there and it’s been incredible to have them back in full voice this season.

“I’ve made some great friends and incredible memories in this jersey and I can’t wait to make some more.”

Harlequins attack and backs coach Nick Evans added: “It’s great to see DC sign on again with the club. Danny’s central to so much we do as Harlequins both on and off the field and epitomises the way we play.

“I’m fortunate to have played with Danny for nine years in this jersey and work with him as a coach for five seasons. He is a unique, extremely talented individual and we’re thrilled to have him recommit to the team as we look to become the most admired club in Europe.”