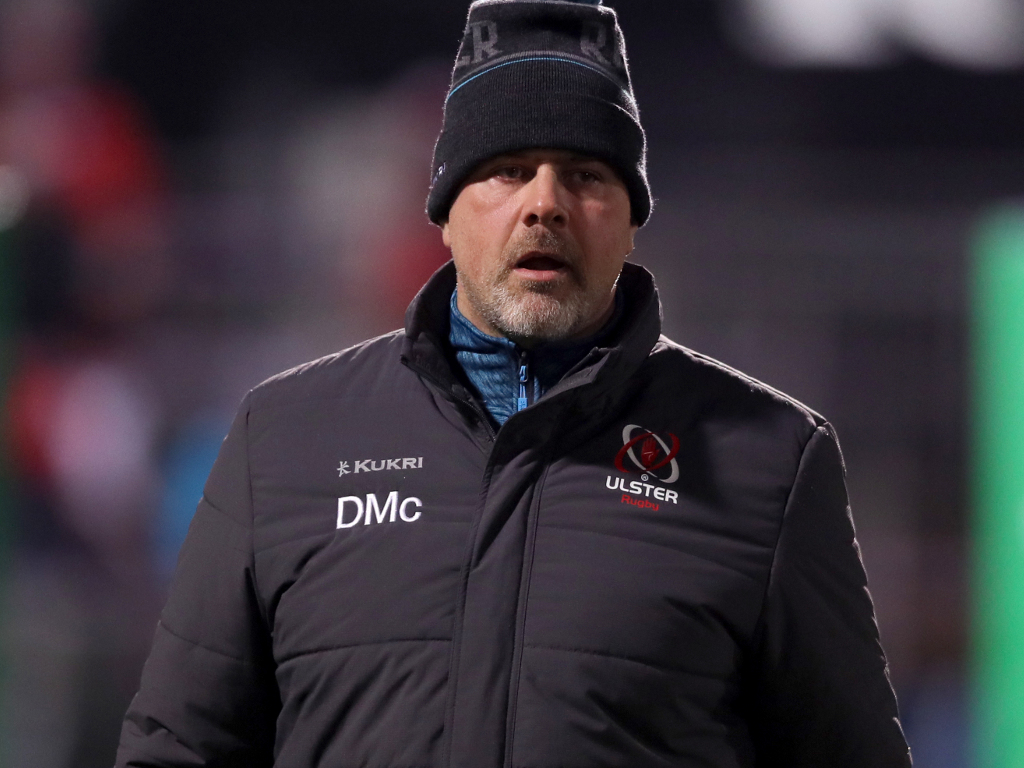 Ulster head coach Dan McFarland admits his charges must improve in their return match against Harlequins at the Twickenham Stoop next weekend.

Ulster trailed 24-22 in the closing stages after two second-half crossings from Harlequins hooker Elia Elia had edged the visitors in front.

But an Adam McBurney try and Cooney’s conversion left Ulster within range and the late penalty made it three wins from three and left them on top of Pool Three.

Quins, who earned a losing bonus-point, had a try from Alex Dombrandt, in addition to Elia’s double, with Marcus Smith converting all three tries and adding a penalty.

“We’ve got Harlequins away and then we have to play Clermont away and if we play like we played here in this game over at the Stoop we haven’t got a chance of winning,” said McFarland.

“I genuinely believe that. We’re going to have to be a whole heap better than that to be able to countenance a win (at Harlequins).

“Perhaps over the last couple of weeks we’ve had a lot of nice things said about us in the press and I look at those and it makes me slightly nervous as I don’t see us as good as that.

“This is a team that can grind out wins but is in the process of becoming a consistently good team and that’s what I want (us) to be.

“We’re not consistent. I’m not complaining about that, I don’t think we should be consistent at this stage.

“We’re on a journey and we’ve a fair way to go before we become consistently good.

“So, going into next week we’re going to have to reassess where we’re at and make sure we do the fundamentals of the game right.

“They had some good players in there who caused us trouble and perhaps we didn’t expect that.”

Meanwhile, Harlequins boss Paul Gustard felt his side were unfortunate in their Kingspan Stadium defeat.

“We gave them the fright of their lives,” said Gustard.

“Twenty minutes to go and nine points up, momentum was with us and unfortunately two or three key decisions went against us and allowed them to score.

“Then it (the game) was Ulster’s for the taking.

“Unfortunately we fell short but there are a lot of positives to take towards Friday night.

“We’re not out of the competition yet and until we find out we’re out, we’ll keep fighting for everything we possibly can get.”