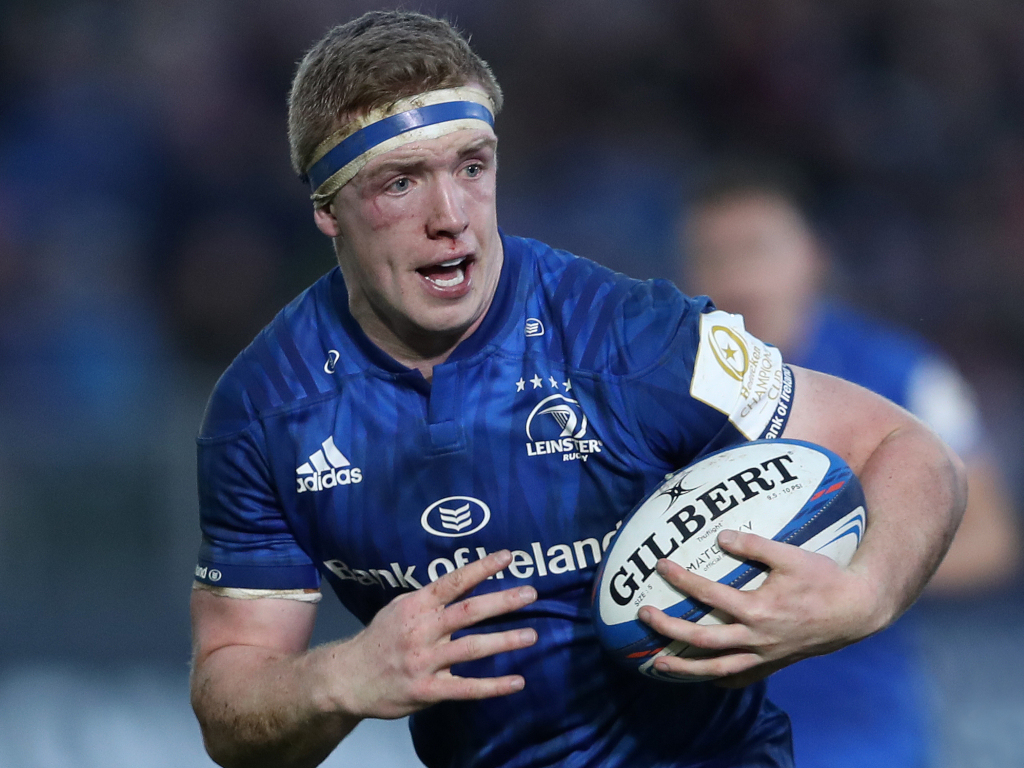 The PRO14 continues on Friday with Round Three as Leinster take on Zebre and Benetton host the Scarlets.

Leinster head coach Leo Cullen has named his squad for the game against Zebre, with Ireland back-rower Dan Leavy making a welcome return after 18 months on the sidelines.

Cullen has named a total of four uncapped players in his matchday 23, with two players from the academy included in the quartet.

The back three selected are all making their first starts of the campaign. Both Jimmy O’Brien and Tommy O’Brien impressed off the bench away to Benetton while Dave Kearney is just back from a hamstring injury to win his 150th cap for Leinster.

In the centre Ciarán Frawley is joined for his first cap by former Blackrock College captain Liam Turner. The 21-year-old centre has ten Ireland U20s caps and was part of the 2019 U20s Grand Slam winning side.

In the half-backs Luke McGrath is joined by Harry Byrne for his first start of the season.

In the pack Peter Dooley makes a welcome return to the team for the first time since February. In addition to Covid-19 disruptions, Dooley had been out injured with a shoulder injury.

Michael Bent starts at tighthead prop with Dan Sheehan making his debut between Dooley and Bent at hooker.

In the second-row Ross Molony and Devin Toner bring plenty of experience with nearly 350 Leinster caps between them. Toner will win his 250th cap at the RDS Arena, while Molony is getting close to his century of caps.

The back-row isn’t lacking in experience either with Josh Murphy, Scott Penny and captain Rhys Ruddock completing the starting XV.

On the bench, Ciarán Parker is in line to make his Leinster debut should he be introduced. The 25-year-old signed for Leinster last month on loan from Jersey Reds having previously played with Sale Sharks and Munster.

Finally, Leavy is set to make his comeback. The Leinster and Ireland back-row has been out since March 2019 when he injured his knee in the Champions Cup quarter-final against Ulster at the Aviva Stadium.

Meanwhile, six players from the Italy squad have returned and been called up for the trip to Dublin.

Captain Boni and Enrico Lucchin make up the centre pairing with Biondelli at full-back, with Pierre Bruno and Jamie Elliott on the wings.

Giammarioli and Tuivaiti start in the back-row while Lovotti is on the bench. Alexandru Tarus and Paolo Buonfiglio are therefore at prop, with youngster Matteo Nocera on the bench.

Samuele Ortis and scrum-half Joshua Renton are set for their season debuts after missing the first two games against Cardiff Blues and Dragons.

After over 18 months out, Dan has been named on the bench for tomorrow's #GuinnessPRO14 game against @ZebreRugby at the RDS! 💪🔵#BeLeavy pic.twitter.com/l4TrzGmAJv

Kieran Crowley and the Benetton coaching staff have named their XV for the match against the Scarlets.

They are without 13 internationals, who are currently with the Italy squad for the Six Nations, as well as other injured players.

The back three is made up of Luca Sperandio at full-back, while the wings will be Ratuva Tavuyara on the right and Monty Ioane on the left, who has returned to Treviso from the national team.

In the centre are Tommaso Benvenuti and the recalled Nacho Brex. Ian Keatley is at fly-half and he is joined in the playmaking positions by captain Dewaldt Duvenage.

The front-row sees props Nicola Quaglio and Filippo Alongi line up with hooker Hame Faiva, while Irné Herbst and Eli Snyman are at lock.

The pack is strengthened in the back-row by flankers Federico Ruzza and Alberto Sgarbi. Number eight Toa Halafihi completes the forwards.

Meanwhile, Liam Williams starts at full-back in a much-changed Scarlets side in Round Three of the PRO14 on Friday.

The Wales and British & Irish Lions star has been released from the national squad to get some game time under his belt following his recovery from a foot injury.

Williams has yet to feature for the Scarlets since re-signing from Saracens in December and comes in as one of 11 personnel changes from the defeat to Glasgow last time out.

The only two survivors in the back division from that loss in Scotstoun are wings Tom Rogers and Steff Evans.

Tyler Morgan makes his first PRO14 start since his move from the Dragons and he partners former Wales U20s team-mate Steff Hughes in midfield. Hughes takes over the captain’s armband.

There is also a new half-back pairing in Angus O’Brien and Dane Blacker, who has been handed his first start in the competition for the Scarlets.

In the front-row, Phil Price will make his 50th Scarlets appearance alongside Marc Jones and Javan Sebastian.

Sione Kalamafoni moves up from number eight to partner Tevita Ratuva at lock. Kalamafoni has played international rugby for Tonga in the second-row.

Scotland have released Blade Thomson from international duty so he remains at blindside flanker; Uzair Cassiem is recalled at number eight, while Jac Morgan gets his first PRO14 start on the openside.

Paul Asquith, Dan Jones and Will Homer provide the backline cover. Rob Evans, following his impressive return from injury against the Dragons last weekend, comes onto the bench with Taylor Davies, Werner Kruger, 21-year-old lock Morgan Jones — who is set to make his competitive debut for the Scarlets — and Ed Kennedy making up the replacements.